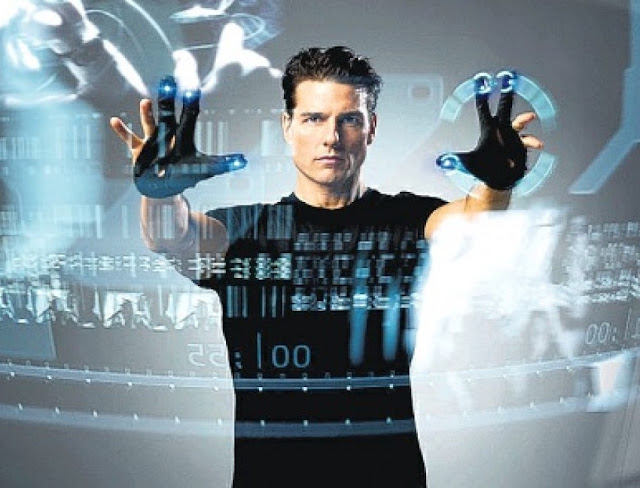 I’m a big fan of both virtual reality (VR) and augmented reality (AR) – especially AR. Having experienced both in various forms, the technology works, which is important enough, but it also promises to bring the digital world and the real worlds together for the first time in a genuine and meaningful manner. No longer will we engage with content through clearly defined screens – now, the experience of the digital will be in the same spaces as the experience of the physical.

Media will exist in the same physical spaces as we do, and anything we don’t like, we’ll be able to “tune out” by superimposing media over the offending “real world” content – a little like visual white noise. In other words, we’ll be constructing realities around us, and this will fundamentally affect how we perceive and behave in the world.

But there are social, cultural, and moral questions that need to be asked about how we engage with these technologies. Take, for example Keiichi Matsuda’s superb piece, Hyper-Reality, which depicts a deeply dystopian view of how our AR-enhanced lives might go – note the obsession with points and overload of advertising – the idea of gamifying our lives through to complete consumerism is a subject that is giving a number of digital theorists pause to think:

HYPER-REALITY from Keiichi Matsuda on Vimeo.

There’s also the idea of digital beings replacing our need for human interactions, as might be the future as celebrities such as Hatsune Miku continue to push into our lives. This is a topic I addressed in my own piece, published in the Australian earlier in the year: Read it here.

David Francis, one of the veterans of the AR space, and Head of Sales, APAC, for Zappar, a bleeding-edge AR platform that’s available to advertisers and marketers now, actually sees AR as a preventative cure to some of the distancing that we’re experiencing with our current digital interactions. Making AR part of our day-to-day lives will, almost ironically, actually lead to an enhanced level of interactivity between ourselves and our world.

“The sooner we can get the AR technology into the mainstream, the less likely we are to have a generation who turn-on, tune-in and drop-out of our society, through 100 per cent long-form immersion,” Francis said. “You mentioned the impact that some of the early stages of these technologies is having on the Japanese in your article. They could potentially be at a higher risk as their culture permits such isolation through the concept of Hikikomori. Long form VR may exacerbate that idea of ‘shutting in,’ but I believe AR will be different.

“There are potential (probable) issues of adverse neural plasticity in VR – but VR long form immersion will be escapist and will be limited to a new generation of ‘Second Lifers’. AR meanwhile will ultimately be a dial-up, dial-down proposition and will allow us to be very cognisant of our environment and of other people. More than we have been in quite some time, I believe. If anything, we will be more mobile, less tied to office chairs and TV screens and VR HMD omnidirectional rigs.

“So while there will be the option to escape to haptic suits, olfactory synthesis and virtuix Omnis in VR, and many will choose that blue pill, many will choose the red pill and lift the veil on our actual reality by augmenting our own neural synapses with digital, contextual data so that we will be able to move beyond our own limitations.”

ZapWorks, by Zappar, is a platform that businesses can use to create augmented reality pieces of content. Designed as a platform to enable creativity (so a little like Unity or other engines that game developers use), ZapWorks has already found success around the globe, with one recent example being the AR applications that MacDonald’s used to promote the Angry Birds movie through its Happy Meals.

Though AR has been around as a concept in development for many years now, we’re still a fair way away before it becomes this kind of ubiquitous mainstream technology that we’re considering here. One of the issues is that, while developers are increasingly comfortable working on VR for gaming and other applications (and thus the technology is ready to explode in popularity shortly), with AR there’s still a lot of knowledge development that needs to happen first.

“This stuff is hard, and there is so much experiential knowledge that is not written down,” Francis said. “It’s in the minds of people who have gone out and learned about these, but the formal processes for creating great AR – the “textbooks,” as such, are still very much in development. That is what we are trying to do with ZapWorks; we want to empower platforms and designers. We see AR in a similar space to television or film when they were new, and people will still working out how to effectively present information through those platforms.”

And that means that we have some time to puzzle through how to engage with AR in a responsible manner. It’s not something we should resist, though. For all the social and cultural concerns, the benefits of AR look to be significant, and have applications well beyond games and entertainment. For example, in factory settings, tests have found that there was an increases in productivity of around 40 per cent and around 90 per cent decrease in errors when information was presented to staff through AR, Francis said.

At the same time, as an emergent art form, AR and constructed worlds are set to have a more significant impact on the way we interact and behave than any media before. When you consider the massive social impact that technology such as the printing press had on society, in rapidly improving people’s access to information, we can see that AR is actually doing much the same thing – it is, effectively, a way of sharing information.

And as with any new technology that will transform how we interact with the world, there is a philosophical debate we should be having about whether that transformation will be for the good or not.

Mind you, it’ll bring Miku into the real world, so I’m certainly not against it.