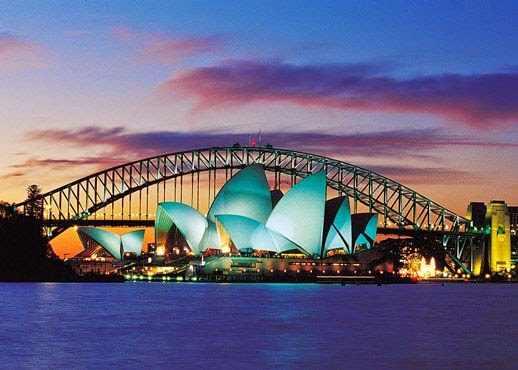 I feel horrible for disrupting Lindsay’s excellent day of celebration for all things Canada, but I feel it’s important to write this, given that we do indeed have an election in Australia tomorrow, and it’s an election that’s utterly critical for the arts.

Here’s the reality; the Tony Abbott government was a force of terror on the arts industry; slashing funding to arts bodies, and then creating a National Program for Excellence in the Arts which was, well, controversial, to say the least. Among other things, it put far too much power in the hands of politicians in terms of what art projects were greenlit and funded, and government-controlled arts programs are propaganada by any other name.

Then Abbott was rolled, and Malcolm Turnbull took his place, and… well, nothing. The arts haven’t benefited in the slightest from Turnbull’s appointment. So, first up, if you care about the arts (and the cultural, educational, and economic benefits that they provide), don’t vote for the LNP.

So, assuming that you do care about the arts (and you really should, because, again, art is critical for the cultural, educational, and economic development of Australia), who should you vote with? There aren’t that many parties out there with genuine commitments to the arts, but for a brief summary:

Who you do want to vote for

The Australian Arts Party: With the due disclaimer that I am a member of this party, though not formally involved in its campaign, the Australian Arts Party is, of course, the only party that has arts at the very centre of its policy. It has progressive policies across most other areas (people in detention, education, and so on), but its focus is on not only reversing the damage that the LNP government has done to the arts, but then investing beyond it to truly develop Australia into a place that artists want to work and live.

The Pirate Party: While some of the more conservative artists might bulk at the idea of supporting a party that wants to reform copyright away from the business models that once supported them, the party is actually quite pure on the idea that artists shouldn’t be beholden to the need for commercialisation. One of the party’s key policies is that there should be a universal income, which would allow artists to work without having to protect them incomes with strict and culturally regressive copyright law.

The Greens: Throughout this election campaign, the Greens have come out with some big spending initiatives for the arts, and typically those announcements have come conveniently shortly after the Arts Party announced something similar. Eerie coincidence or not, the Greens might well be just trying to buy votes from the arts fans that would typically be inclined to vote their way anyway, but we’ll take it. Of the three major parties, The Greens are the ones most likely to fix the mess Abbott and Turnbull put the arts in.

Who you don’t want to vote for

The obvious one first; a vote for Rise Up Australia, Sustainable Australia, Christian Democratic Party, Pauline Hanson’s One Nation, Jacqui Lambie Network or the Australian Liberty Alliance is a vote for anti-intellectualism, racism, bigotry, and fascism (and for some reason we have a lot of these parties).

Do not vote for these parties if you care about the arts. Art by definition requires intelligent thought and open dialogue between people from different walks of life. These idiots and their attempts to turn Australia into a ‘white paradise’ do the arts no favours, and in the horrible possibility that some of them get into parliament, none of their candidates will be intelligent enough to understand what the arts are anyway, so they’re hardly going to be positive advocates for the industry.

One party I did want to specifically highlight is the Liberal Democrats, helmed by David Leyonjhelm. This is a party that I’ve seen a couple of my arts-friendly buddies planning to vote for, because the libertarian rhetoric of freedom of expression and the movement’s more left-wing causes (such as marriage equality) appeal to them.

Leyonjhelm doesn’t believe in free speech. Not really. He believes, like most libertarians, in his own free speech, but libertarians are hypocrites at heart, and Leyonjhelm, as with the rest of his party, are very disinterested in fighting for free speech they don’t agree with. Leyonjhelm is also actively campaigning to bring American-style massacres to Australia by arming everyone with automatic guns, and has a habit of retweeting MRA-style rhetoric (and his party is almost exclusively men). None of this are signposts of the kind of personality type that understands, much less appreciates, art.

Finally, and this is unrelated to the arts, but do not vote for Health Australia. It’s a nice sounding name, but it’s a front for an anti-vaccination group, and anyone who votes for that is an idiot.

So how do I vote, again?

If you care about the arts, and you should, because arts are critical to the cultural, economic, and educational development of a nation, then you should put the Arts Party in #1. Again, this comes with the disclaimer that the party inspired me enough to join, but I’m not officially affiliated with them – it’s simply that the Arts Party is the only one to combine a desire to fund the Arts, with an understanding of what it is to be an artist.

From there, assign preferences to left-leaning parties, most specifically The Sex Party and the Pirate Party. These parties will, indirectly, support the arts through their own policies.

Then run through the single-issue parties, and the socialist parties, to meet your preferences requirements, before putting the Greens at the bottom of your preferences. Perhaps throw Labor some votes after the Greens if you’re really worried about your vote “going to waste” (it won’t if you don’t vote for Labor, but peace of mind is a beautiful thing).

Do not vote LNP, the hate parties, or the Liberal Democrats. You do not need to.

If you’d like to read further, then this site is both fun, and a useful breakdown of the various parties and what they stand for.

This election is important. Be sure to cast an informed vote.

The Friday Ten: The best games by Canadian developers