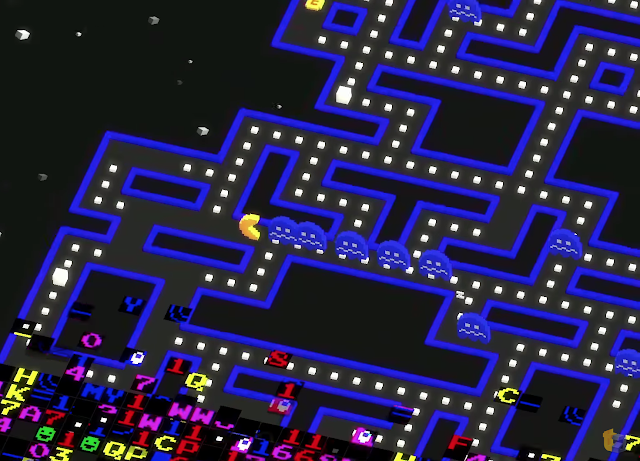 It’s not easy to build games around the detective process. If you make the game too linear, in terms of how the mysteries are solved, then players tend to feel like they’re less a detective, and more an animal being led through the story by the nose.

On the other hand, make the mystery too open in design, and players will potentially get stuck, frustrated, and give up on the game. That’s not a positive experience either. 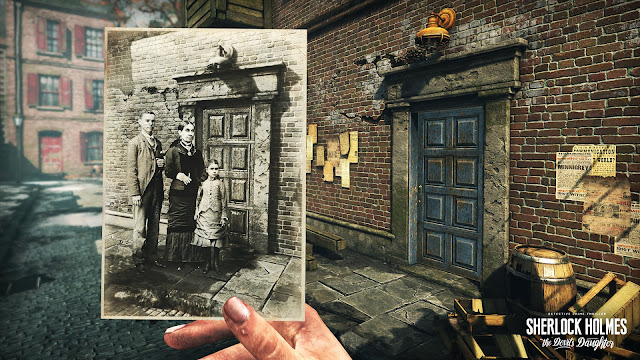 Sherlock Holmes: The Devil’s Daughter does its best to balance things out by throwing in gameplay variety, in order to keep the experience feeling fresh throughout. One moment you’ll be in control of the detective himself, scouring a scene for clues, and the next you’ll be in control of someone else, stealthily tailing a suspect. Watson, Holmes ever-neglected companion, is even playable this time around, and long-time Holmes fans will realise how fundamentally funny that thought even is.

Though the game is ultimately very linear, and a little too reliant on little mini games for my taste (why must I keep two dots in separate circles in order to eavesdrop on a conversation), the variety helped keep my attention strong, and the narrative is good fun for Holmes fans. The game’s a looker, too, with a nicely realised old London. It’s a bit unfortunate that this vision takes an immersion-breaking long period of time to load each time you move location, but otherwise, I’d say that fans of the modern takes of the Sherlock Holmes character will be quite happy with this game.

It was a great move by Aussie developer, Hipster Whale, and Bandai Namco, to drop the free-to-play trappings of the original Pac-Man 256 and make the console release a ‘premium’-priced title, because this game is absolutely awesome.

After forking over the $Aus8 asking price for the download, you gain access to unlimited play (no slowly regenerating ‘coins’ to wait for to get another go), and all the quirky stages to play on, when those stages were so painfully expensive on the free-to-play version. In-game coins also accumulate much faster, so you unlock and upgrade stuff far more quickly. In short, Pac-Man 256 no longer feels like it’s trying to get you to spend money on it as you play it.

Oh man. A FRACTION OF A SECOND and that ghost was toast. #PS4share https://t.co/r6ZIZkS33C pic.twitter.com/wpYMoveHkN

There’s also a multiplayer mode in this release, which is just sublime fun. Grab a bunch of friends together and this will be one of the games on high rotation, because it doesn’t matter how inexperienced players are, or how many beers you’ve consumed, Pac-Man is such a timeless game that it will be accessible – and entertaining – to all skill levels.

Otherwise, it’s the same randomly generated, endless, take on Pac-Man, and that means that you’ll still be screaming in frustration as you are taken out from a ghost just shy of a powerup and new top score. Then, seconds later, you’ll be saying to yourself “just one more go”… and it will be the twentieth time that you’ve said that to yourself, as the sun peaks over the horizon.

I like One Piece, really, I do, but I get frustrated by too many of the games that use the property. Despite having a large ensemble cast, the franchise has struggled to pull together a JRPG that I would have thought would be a natural fit. And, while the One Piece Warriors games are ace, I wasn’t sure about this new fighting game. Again, One Piece and fighting games should, in theory, go together, but the screenshots gave me the chilling sensation that I would be playing one of those J-Stars Victory-like 3D brawlers that Bandai Namco likes siccing on its anime franchises.

Turns out I was right. Burning Blood looks gorgeous, offers a fun plot for fans of the anime, and has a lot of content in it, but it’s let down by a fighting engine that is closer to brawler than intricate fighter, and the large cast can’t save how simplistic the overall experience is. 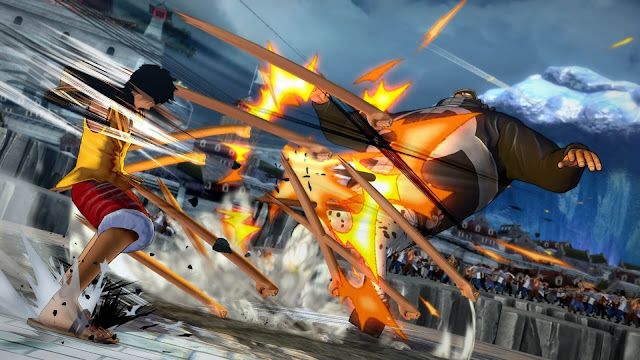 Each character has their own special attacks, which are quite easy to pull off, so the challenge in the game is more about timing those attacks, and being able to counter them when they come in from the enemy. But this is really quite easy to achieve, and the difficulty spikes, when they come in (and they do) is more because the enemies feel like they’re cheating.

The narrative is going to make limited sense if you’re not an existing fan of One Piece too. This isn’t really an issue – why would you buy a One Piece game if you weren’t interested in the anime or manga – but it’s worth noting for people who are relatively unfamiliar with the franchise.

I can appreciate that sheer guts that it takes to release a football game now, when the world is so dominated by FIFA and PES. Even when you’re not trying to compete with those franchises, the association of sport alone makes for some brutal expectations. But that’s really where my admiration for Dino Dini’s Kick Off Revival starts and stops. Aside from its balls, this game is terrible.

Originally a franchise that got going on the Amiga and Atari ST in 1989, it feels that this new game was developed as though we were still living back then, and game design hadn’t actually improved in the many years since. Playing from a top down perspective, the action is arcade-like and very, very fast. Touting itself as a one-button game, the focus is firmly on that speed and moment-to-moment action, because there just isn’t the complexity to enable football’s real strength as a sport: the deep strategy and individual skills that players can obtain.

We have a contender for the shittest game of 2016! #PS4share https://t.co/CJCXkDJMn2 pic.twitter.com/Cn2DpgOuZb

One challenge the game does have is arbitrary and immediately irritating; dribbling mechanics are distinct from the player movement. In other words, if your player is running up the field with the ball, and you have him change direction sharply, or stop moving for a second, the ball will continue to roll the same direction, away from the player and often right into the feet of the opposition.

On the one hand this system works in making the game one that takes time to learn and master. Great. Arbitrary difficulty stopped being an entertaining characteristic for most people in games decades ago, but some people still seem to get their jollies on it. On the other hand, it also means that the players on the field behave like completely unskilled louts, who can’t even maintain control of the ball, and what you’re left with is the polar opposite of the beautiful game.

After really enjoying the demo, life happened and I’ve been putting off playing the full version of Game Freak’s latest attempt to break away from its Pokemon background. But I’m finally on it, and the full game is even better than the demo promised. Pocket Card Jockey will, I hope, spin into a franchise, because there’s a lot of potential in there.

The mix of breeding up and training horses to race in derbies, and then controlling the racing itself by playing a solitaire game is an addictive mix, and while all the systems at play are quite light hearted and casual in approach, there’s also a good amount of challenge in the upper echelons of competition to keep you going. 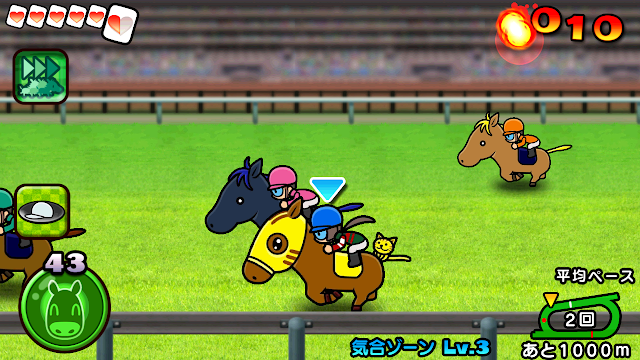 The art style, as you can see from the screenshot, is adorably cute, and the vacant expression of your jockey character outside of races never stops being funny. Game Freak has always been great at both wry humour and using kawaii art direction to help you connect with your characters, and that is certainly the case here.

If I were picking holes I’d say that I would like the simulation elements to be strengthened. Nintendo Pocket Football Club demonstrated that it was possible to mix simulation depth with cutesy characters, but it’s a minor complaint, and something that could easily be remedied in future iterations if Game Freak gets the opportunity to continue this series. I hope it does.