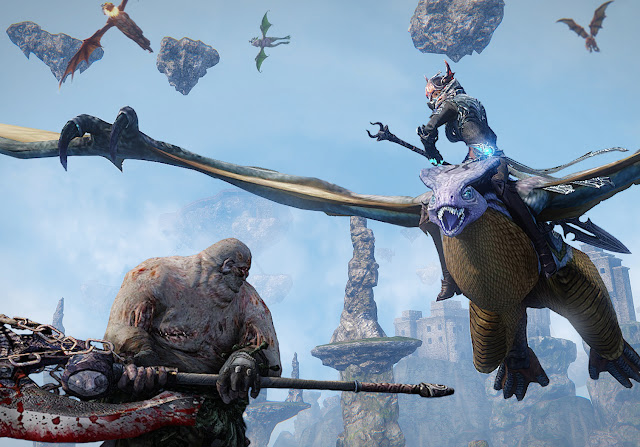 Massive multiplayer online games are a hard thing to get right. You could have the best game in the world, and unless you have players, it won’t be able to get off the ground. It’s something Square Enix learned the hard way with its original Fantasy Fantasy XIV release, a game in which not even the Final Fantasy name could sustain players. Thankfully, Square Enix was able to save things with the re-designed game in A Realm Reborn, but that experience was a certain sign that even the mighty could not afford to be complacent with MMOs.

What makes the genre difficult is that World of Warcraft pretty much set the formula of the modern MMO and has been going strong since. So the main goal for new MMOs needs to be to balance what people are familiar with, what works, and what is new enough to see them through to the end.

Riders of Icarus is the latest action adventure MMORPG that is set to go into a public beta on July 6, and its big, exciting, ‘new’ hook is the focus on the mounts. Mounts aren’t completely new to MMOs by any means, but where Riders of Icarus changes the formula is by allowing you to walk up to almost any animal, hop on its back, and then make it your trusty steed. It’s quite thrilling to land a perfectly executed jump on to a new animal, whether it’s from sneaking up behind, or launching yourself off a cliff, and the small mini-game you play to capture them is neither intrusive nor annoying. You can then turn your mounts into pets, which play alongside you and attack on their own. Mounts can also be turned into boosts for you armour, so it’s well worth taking the time to strengthen them and find the strongest ones available. 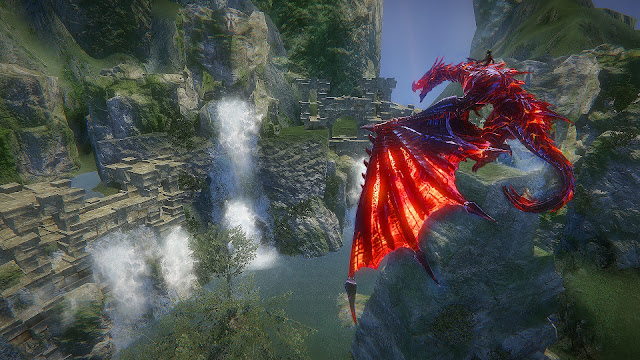 These mounts level up with you, accompanying you throughout your journey. You have the ability to ride them into battle, and yes it is as thrilling as it sounds, but it got even better when I flew a heavily overweight chicken into battle. The air battles, whilst very fiddly to someone who is only just getting the hang of playing MMOs with a mouse and keyboard (sorry, I prefer a controller for these games), is very fully good fun. Not only do you have to manage your movement in the air, there’s enemies all around you (including some – currently – poorly telegraphed AOE attacks), and a combination of ranged and close combat abilities to contend with, all while keeping an eye on your health which can fall rapidly.

I was in a 10 person raid with three people, so that was defiantly a contributing factor to the difficulty, but there are elements that still rubbed me the wrong way. The main issue I had was with the camera which is extremely difficult to maneuverer in the air. The developer told me of ways they’re looking at making this easier through, so I have no doubt it will be resolved in the early stages of the beta. Nexon are experienced in these kinds of games by now, after all.

Visually, the character models are superb and a lot of work has been put into them. Enemy design is equally as strong, especially the larger bosses. Sadly, the environment could be improved, it is rough around the edges, but nonetheless, it’s sufficient as it is as most of the focus is on the character and pet models themselves. 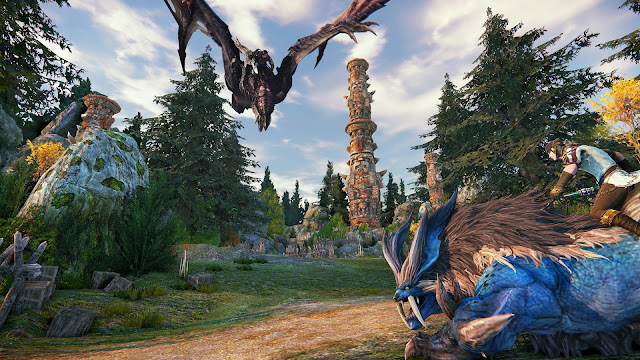 I’m optimistically excited for Riders of Icarus. I only spent about an hour playing it, but that hour gave me enough to want to play more, and that can only mean a good thing. It will be interesting to see how the rest of the game pans out. Regardless of how good the combat is, and how exciting it was to ride and find mounts, if the quests are sub-par, then it would be hard to keep the community in. But, again, Nexon does know what it’s doing here, so this is defiantly something to keep your eyes on.

On Fire Emblem Fates and morality; a case for relativism