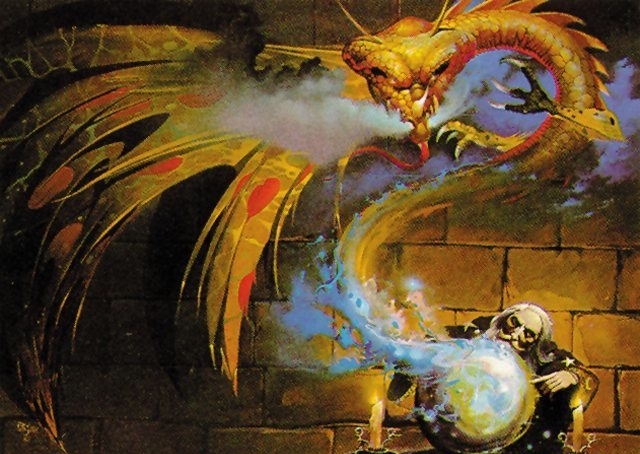 Neil Rennison is a local Aussie developer that we’ve spoken to a few times in the past, and that’s because he’s also one of the most prolific of all. If you look up his company, Tin Man Games, on the Apple App Store, for example, you’ll see dozens of gamebooks, his specialty, available for sale.

Keen to recapture the thrill of sitting down with a choose-your-own-adventure book, and some dice and light RPG elements to make for a “Dungeons & Dragons on your own” experience, Rennison and his team created a gamebook series of their own – Gamebook Adventures – while also porting across a number of other classic gamebooks, including books from the Fighting Fantasy series, the very grandfather of the genre.

And now Tin Man Games is looking to take things one step further. Rennison and his team are recreating the granddaddy of the gamebook genre, The Warlock of Firetop Mountain, as a full-on miniatures game, complete with gorgeously rendered 3D miniatures. Tin Man Games took the idea to Kickstarter, and it earned more than three times what the development team was looking to achieve starting out. And now we’re all looking forward to seeing how the final product turns out.

I had a quick chat with Neil about how the game was progressing, the gamebook genre in general, and some of Tin Man Games’ plans for that new engine that its developing.

Related reading: Matt reviews one of the many gamebooks published on iOS by Tin Man Games.

Digitally Downloaded (DD): Can you update for me how progress on this new take of Firetop Mountain is going?
Neil Rennison (NR): It’s going well thanks. Currently we’ve got a lot of stuff created and slowly but surely piecing the tech, new game design, art and all the other components together! It’s actually starting to feel like a game now rather than a glorified tech demo.

DD: We’ve seen a couple of different takes on this classic story, from a straight port of the original gamebook through to first person dungeon crawling. Can you tell me why you felt a miniatures game was the right way to go for this one?
NR: We knew we had to amp things up a notch. Our digital gamebooks and supporting engine has been a stalwart over the last few years and got Tin Man Games to this point, but the market has changed significantly since we started on our journey and the demand for the interactive e-book approach just isn’t as high as it once was. So we had a good look at what we could do to try and open up the market a little bit and delved back into the history of where gamebooks evolved from, which was essentially the early table-top RPGs.

Related reading: An interview with Rennison from back in 2013.

Gamebooks are, at their core, single-player D&D games with the writer acting as the dungeon master. In games like D&D, owning a miniature of your character and painting it up to look great, was always a major draw. This was our source of inspiration moving forward, giving the player ownership of a visual representation of their hero and moving that digital miniature around a three-dimensional map of Firetop Mountain.

From this eureka moment we were then able to address two other issues that sometimes crop up as negatives when gamebooks are discussed, replayability and the randomness of dice-based combat. Taking different miniatures into the dungeon means we can subtly change the text to adapt to that character’s perception as their motivations for being there will be very different. Also having miniatures has meant we could design a new combat system where the decisions of the player more directly affect the outcome. 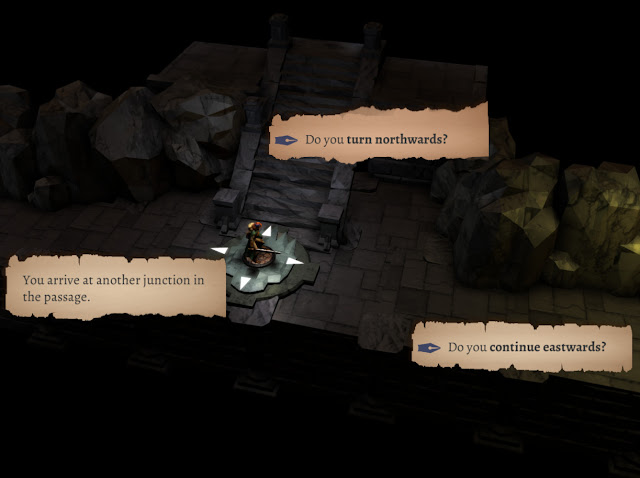 DD: Obviously fans have reacted well – as the success of the Kickstarter has shown! Can you see this structure expanding beyond the one game? Once you’ve got the platform and engine in place do you think we can look forward to Gamebook Adventures in miniatures form? Why/ why not?
NR: For the Fighting Fantasy brand point of view we certainly want to continue in the same vein across classics such as Deathtrap Dungeon and Citadel of Chaos. We have so much great source material to work from and can even bring heroes from one game into another to add a feel of continuity and give an overall sense of the world.

Beyond FF, we are certainly looking at other areas where we can use this tech. We’ve already been discussing this with potential partners and all I can say is watch this space!

Related reading: Rennison also participated in a developer roundtable, looking at why 2015 was one of the best years ever for game development in Australia.

DD: How does the miniatures gameplay affect the pacing of the reading experience?
NR: It won’t affect it too much. The early FF gamebooks were quite light on description and quite punchy with their delivery so we’ve adopted this, but expanded on it by adding new content. If anything the miniatures and 3D map will be able to add more detail to follow up the text description.

DD: It strikes me that this the kind of game that would be a hit on consoles too – especially after seeing the likes of Armello, Hand of Fate and Lone Wolf find success there. What are your thoughts on this kind of game on consoles?
NR: We’ve investigated this and as with all things it comes down to money. If Warlock is a hit on the platforms we aim at hitting this year then I could easily see it moving to console in some form. 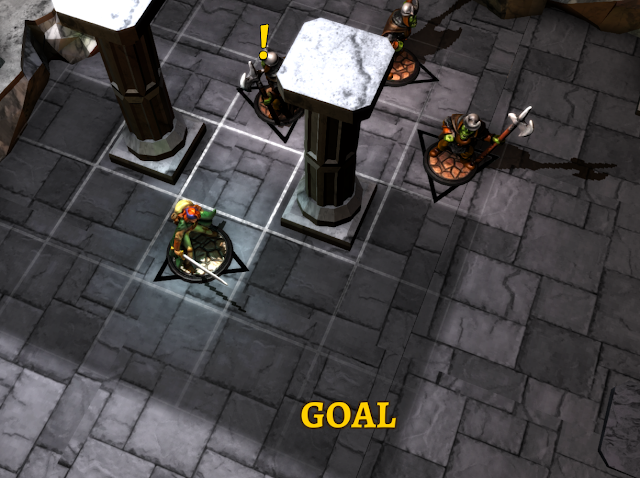 DD: This is a pretty significant investment from Tin Man Games. Does it mean that you’ll be putting fewer resources into your traditional gamebook ports going forward?
NR: Apart from a few one-offs it’s unlikely see any more traditional gamebook ports going forward. The market demand simply isn’t there to sustain it, sadly. This doesn’t mean we are not interested in interactive fiction in word form, it’s just that we want to try and think outside of the box a little. Our recent title on iPhone and Apple Watch, Choices: And The Sun Went Out, is an indication of where we’re going in that space. We’re also about to step into the “visual novel” market with our take on the Miss Fisher Murder Mysteries TV show.

DD: Could you see the miniatures and engine working outside of the gamebook space? When I look at them, I am reminded of the Dungeons & Dragons miniatures game, so could we be looking at tactics-based RPGs or multiplayer “collectible miniatures games” and so on going forward?
NR: Yes! I can’t say much beyond that.

DD: Kickstarter aside, how has the market been for a developer that has primarily focused on iOS development? Is there still an appetite for paid-for games on the platform?
NR: I wouldn’t say that we’re primarily focused on iOS development these days as our library is available on Google, Amazon, Steam, Humble and a few others. In terms of premium games on mobiles and tablets there is still a market for them, but apart from the odd break out success, it’s relatively niche. Freemium is king these days if you want to make good money, but devs should never write off niche markets as there are still areas to build sustainable businesses.

DD: What games are you yourself playing at the moment?
NR: Mega Man 2 (Wii U virtual console NES version) and Europa Universalis 4 (PC). I think that sums up my rather eclectic tastes in video games!