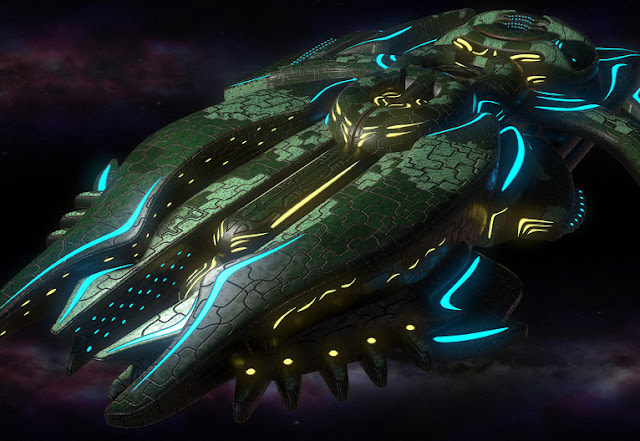 At first glance, Polaris Sector appears to be a deep 4x strategy game that looks and feels familiar, but might not immediately stand out. It is a game that you need to really spend some time with and invest in if you are going to get the most out of it, because those initial impressions of mine proved to be very true. However, beneath the surface you find a good deal more worth digging into, and only after a dozen or so hours spent with the game did I come to understand just how unique this title could be.

Writing this review, I decided to take you through my own journey with the game. I have been playing Polaris Sector for weeks now, and upon firing it up was greeted with pleasant if unspectacular visuals and a few menu options. I dove into tutorial first – you have to with this genre which tends to be dense with nuance. The training session taught me the basics, which was enough to get me started. On the surface, there was not a great deal new going on here. Like just about all 4x strategy games, you have to worry about a myriad of things, from developing and properly using resources, while improving your population’s knowledge and abilities all while juggling this against how to manage your military might.

There is a lot going on here, and to just rush in and not take your time with Polaris Sector is almost guaranteed to end in frustration and failure. This is not a game that will likely rope in newcomers to the genre, at least not initially. 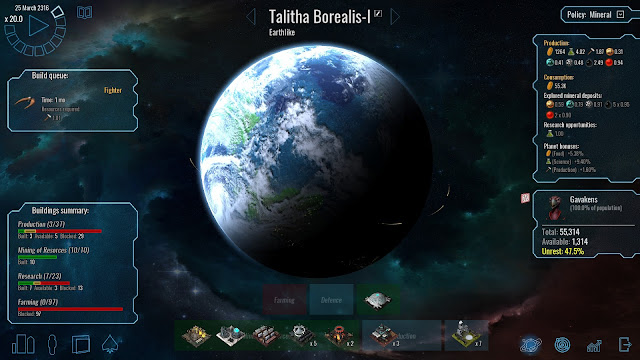 Upon firing up your first campaign, you will be greeted with a handful of options that really set the stage for what is to come. You can configure your galaxies in a handful of different ways (much like how you can define the worlds you will inhabit/conquer when playing Civilization). There are nine different races to choose from, all of them with some unique back story and perks. The actual story itself is somewhat thin, especially to start. Polaris Sector is based around the great star Polaris – a cluster of dangerous environments and even more dangerous inhabitants. There are a handful of different endings depending on how you achieve victory along the way.

However, getting things started was pretty standard fare right out of the gates. When you occupy a planet, you can try to manage how it develops a handful of different ways. The level of micromanagement here is actually pretty light. Those who really like a detailed building simulation might be a little put off by this, because while proper management of planets and resources is key, there is no in-depth city building taking place. Instead it is more about colonising planets and making them useful. They then serve as primary points of interest as you expand out into the galaxy. Many planets are completely uninhabitable, or yield very low resources. Sometimes a low resource planet can still be useful because of its location, because planets are linked together and create flight paths for your expanding empire. If you send a ship too far in one direction, it might turn into a one way trip if it runs out of fuel. These colonised planets can therefore serve as gas stations if nothing else.

As you begin to (almost literally) connect the dots between different planets and grow your area of influence, your race will inevitably come into contact with other races in the galaxy. This can lead to negotiations and war. One nice touch is the espionage aspect of things. This leads to spy ships that can steal technology, discover useful information and even sabotage enemy races. The coolest part of this cat and mouse aspect of the game is the counter espionage which gives you two courses of action. You can try to shoot down the offending spy ship – or you can give if false information. This is particularly handy if you have a nosy neighbour whom you want to trick by making them think you have almost no defences in place – only to crush their assault should they charge in. 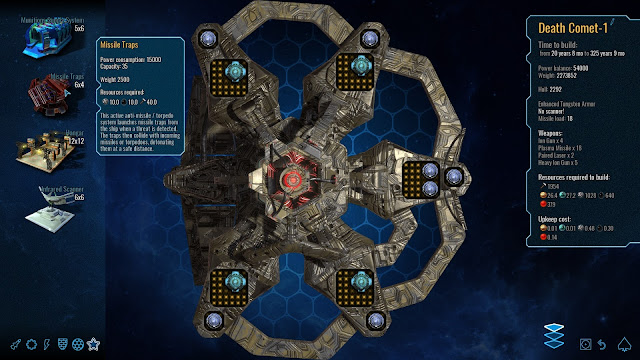 The other system I had a lot of fun with was the ship building mechanic. This allows you to work with template halls and add onto them creating a nice mix of abilities. There is some trial and error in finding combinations that work best for you, but I found after a couple of games some mash-ups that worked really well. This leads into the crux of what Polaris Sector is all about – the warfare. It plays out almost like a tabletop war game, because at the end of the day the combat is really all about background numbers getting crunched against one another. There is a lot of strategy to be had in how you deploy your fleets, but for all of the different endings and win conditions Polaris Sector has to offer, more often than not conquest through military action was the usual end result.

Related reading: And for a more tactical take on the sci-fi strategy theme, don’t forget XCOM 2, which is great. Sam’s full review.

Now, it is worth noting that this is a one man show on the development side, which makes the end result that much more impressive. The music, sound and graphics are far from spectacular, but when you consider that one guy was doing the heavy lifting? It is pretty darned impressive. Animations are simple and the graphics lack overall detail, but things are easily distinguished from one another. It is fair to criticise the presentation when compared to bigger titles of the same genre, but at the same time compliments should be made for the clean and effective user interface. There is a lot going on here, but the menus never really got in the way and small touches like the ability to speed up or throttle back time (as this is a real-time strategy game) are welcome and well handled.

At first glance, Polaris Sector does not look like anything terribly new or innovative. While it does not reinvent the proverbial strategy genre wheel, credit is due for some of the more innovative systems and balanced, clean UI. If you like to design and manage complex civilisations and cities, this title’s probably going to leave you wanting just a little more. The scope is drawn back just a little, still providing lots of depth but not that level of granularity. The lack of a multiplayer option is a bit of a bummer as well, but it is worth noting that the AI generally ranges from competent to outright frustrating, so kudos to that aspect of the development as well. Just note that the emphasis here seems to be on the combat, giving Polaris Sector a slightly unbalanced feeling when you weigh in its other systems, but taken as an entire game, it still gets more right than wrong.

The Friday Ten: Ten games to party away a long weekend with