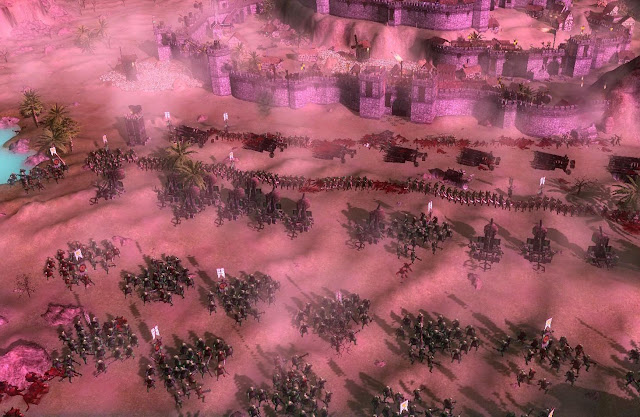 Despite not having heard of the Kingdom Wars series before, I came away pleasantly pleased with what the title had to offer. It is a unit-based real-time strategy game in the vein of Total War that does most things rather well. And, while it starts out on a sour note by not delivering anything particularly new or innovative, over time it has its own twists to the formula that help it to stand out from the pack.

I am a pretty old hand by now at strategy games, and while I enjoy the Starcraft and modern military games as much as the next guy, games with a medieval fantasy slant to them are my favourite flavour. To that end, Kingdom Wars 2: Battles was immediately appealing, promising a back story about years of fighting between different fantasy races before dropping you right square into the middle of the mayhem.

There are plenty of familiar trappings here with humans, orcs and elves all refusing to play nice with one another. They have slightly different strategies based on race, but the balance between the opposing factions seemed pretty well tuned. Humans are usually my favourites in games like this, but the “relentless hordes” strategy of the orcs actually appealed to me more than I thought it would. Kudos to the game for walking you through the basics in effective fashion. At first the scattershot pacing of the opening moments left me with the concern that the game was going to throw a lot of content at me at once. However, I quickly found that the game did a nice job of stepping me through the basics and teaching me what I needed to know. 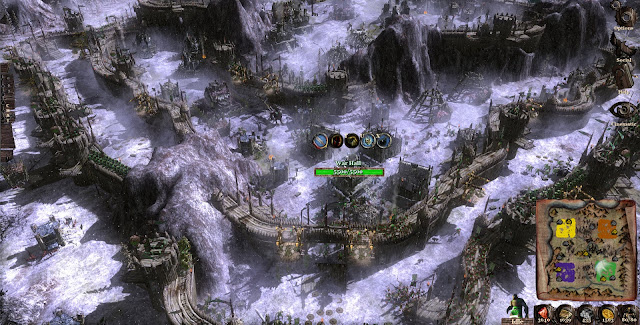 At a fundamental level, there is very little new that we haven’t seen in strategy games before. You gather resources, improve your armies, and try to crush your opponents. You build and fortify your towns, giving a nice amount of control over this portion of the game. It is not as detailed as a city-builder simulation, but what you can do is impressive nonetheless. The siege and crafting systems are nice and the crafting in particular helps to develop an MMO-like feel of the game. You do not have to participate online, but the persistent environment is actually a very cool idea as you make alliances and try to compete against other real people, and it is clear that there is a heavy multiplayer focus behind the game. You need those kinds of options if you hope to maintain a healthy fan base with the RTS strategy community, and the aforementioned sense of balance should assist Kingdom Wars 2: Battles on that front. As for the single player fans, there is something of a story to work through, but even though I prefer single player games, with this one I found the persistent online world was far more engaging to me.

Beyond those fundamentals, I enjoyed the implementation of strategic card-based mechanics. We’ve seen more and more strategy games use card-based mechanics to enhance the strategy, and it actually plays out pretty well as you have card decks built through crafting that really turn the tide of battle. Especially when playing against other human players, the ability to use a card to summon a couple of battalions of soldiers right at the most opportune moment can turn the tide of battle. And, of course, your opponent can do that back on you.

Another interesting element is the Risen (think zombies) that can pop up and add a completely chaotic element to a battle, as these Risen favour no sides and simply serves to muck up the best laid plans. How do they happen? If you don’t burn and decapitate the dead, or the Risen will start to pop up from the bodies of the fallen. Given the incredibly large numbers baked into these battles, it can mean a lot of zombies to account for if you’re not careful. 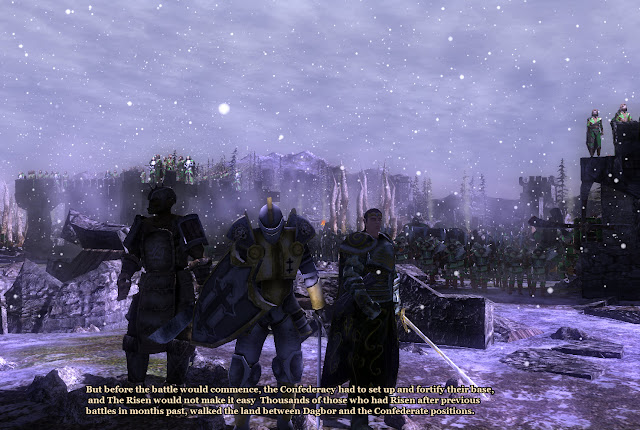 In most strategy games I tend to take a defensive stance, where I’ll build up safely and then try to mash my opponents with one overwhelming attack instead of losing troops and resources through premature battles. Here, with three factions to account for, I found that turtling too long often led me to getting ganged up on. This is actually healthy, as I think it forces the players to leave their comfort zones and stay active. With a game like this, these kinds of moments can actually create some memorable skirmishes that elevate the material beyond the pleasant but unspectacular presentation. The graphics are nice. The music is nice. The UI is nice. Notice that I am using a pleasant but perhaps relatively bland term to describe the presentation? That is because the presentation itself really just fits that bill. Everything is well enough done, but none of it is memorable.

There are some other rough edges as well. The interface is relatively clean, but the controls could be fickle at times. I was playing on a laptop and the touchpad did not work very well, so I opted to use a mouse. That is for the best with a game like this anyway due to the need to rapidly scroll around maps, but it still felt important to note since I found touchpad use to be incredibly frustrating at times as the game seemed to struggle with how to interpret things like my right mouse clicks and more. The lack of distinction between units was also a pain. Sometimes it was hard to tell one group apart from another, which bogged down the experience slightly as well.

It is worth noting that so far, the developers have been very active with updates and open communication with the community. The game is evolving, which is a great thing for a title like this that has some MMO elements and will live or die with the kind of online community it can put together. More often than not, I enjoyed my time with Kingdom Wars 2: Battles. It has some rough edges and there is clearly room to improve, but what is there has more innovation than the first hour or two with the title might suggest and I found myself having more fun with it than I have with most other RTS games of late.