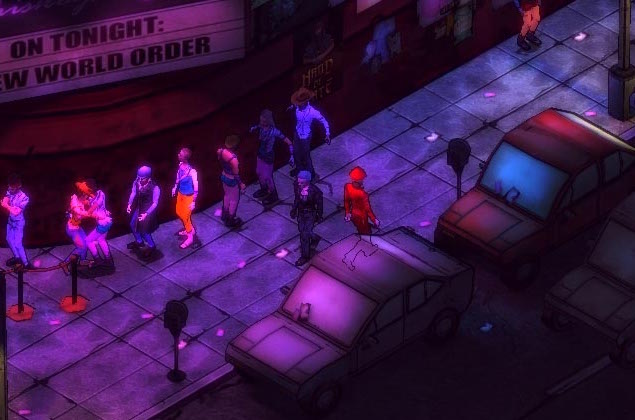 And it’s good news for players too, of course, as it means more games for us to play on console! With that in mind, we’ve interviewed a number of the developers that have partnered up with Nnooo, around developing for console and their own games. We’ll publish one each day this week.

First up is a really quick interview with Morgan Lean, of Sydney’s Epiphany Games, on Majestic Nights, a neon-soaked noir action adventure title that Nnooo is helping to bring to PlayStation 4 and Xbox One. Filled with conspiracy theories and a thudding soundtrack, this game allows players to make use of both stealth or direct conflict, so you’ll be able to approach challenges the way that you see fit.


Digitally Downloaded (DD): What encouraged you to partner up with Nnooo to bring this game to console?
Morgan Lean (ML): Nnooo have very good relationships with console manufacturers. We have have a very strong set of technical skills enabling us to quickly and efficiently port products. For our own games it made sense to spread the marketing bandwidth and we are interested in creating this extra revenue stream for the company.

DD: How have you found the process of porting to console?
ML: For us it’s fairly easy as when were were working with Emergent, we wrote a cross-platform deferred renderer and a full terrain and environment system, which ran on all the consoles. For other people it would be tough there are many nuances that I cannot go into because of NDAs with Sony and Microsoft, but there can be a lot of work and back-and-forth.

Our game was done quite quickly. The submission process, however, is very lengthy and the documentation is different and requirements are different, so our primary console programmer Damien has to keep all that in his head. Thankfully, Sony, in particular, is great to work with.

DD: What was it about consoles that interested you as a developer?
ML: Consistent hardware and frame-rates, nice curated stores for the games, and I do feel the console manufacturers get to know your games. This is appealing to us as we have a few games on Steam and Some on App Store and Android stores.

DD: I love the neon-soaked aesthetic. What was it about that 80’s vibe that inspired you?
ML: The 80’s was the biggest explosion of awesome movies, pop culture and generally a big cultural high-point for western society.

DD: Your game allows players to approach encounters in a number of ways. How challenging is it to execute that kind of open-ended gameplay in an effective way?
ML: It’s challenging, but worth it and takes a lot of writing time too. We have to first write a story, then create levels then create dialogue and evidence then finish up by doing all the set dressing.

Way of the Samurai 3 coming to PC