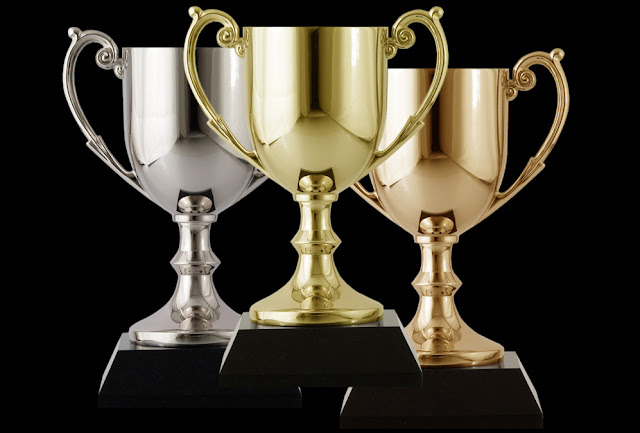 I’d like to start by saying that I love trophies. I love achievements. I’m kind of addicted to them. The sound of a trophy popping gives me a warm, fuzzy feeling inside that satisfies a craving I never thought I had before. Yep, you could even go so far as to call me a trophy hunter (that sounds so deliciously gallant and magnificent doesn’t it?).

Over the years I’ve accrued a fairly healthy collection of 20 platinum trophies on PlayStation (though I know that pales in comparison to many other more devoted and battle-hardened trophy hunters out there!) and a fairly solid 30,000 gamerscore on Xbox. I also have no plans of throwing in my trophy-shaped towel anytime soon.

As I sat wistfully trying to grind my way through the last couple of fairly tedious Defense Grid 2 trophies, with my eyes firmly locked on my 21st platinum, it dawned on me; trophies are kind of a curse and a blessing. Forever the optimist, I want to start with the good stuff as I genuinely believe that there really is a lot of good stuff about trophies and achievements.

Trophies and achievements give you finite goals and objectives to fulfil that you may have not have ever thought about before. Essentially, trophies can be a means of getting the most out of your games. Wringing every last drop of content out of a game can be satisfying. It’s a way of challenging yourself and it can help extend the life of a game, thus, trophies can help give you a lot of bang for your buck.

Trophies and achievements can be a way of showing how much you loved a game. Because you didn’t just love the game. You platinumed it. You 100 percented that bad boy. Hasn’t that got a nice ring to it?

Deep down we all adore collecting things. Heck, games totally tap into this primal feeling of our desire of collecting stuff be that in trophies or achievements or even in literal collectathons where you have to find every gold coin, every ring, every weapon, every artifact, every coffee flask etc. We’re just hard-wired to love it for some reason. I know I am. When those trophies pop it’s a lot like receiving this tangible reward. It feels like you’re collecting something, earning something.

However, this leads me into some of the stuff that I also find kind of interesting, kind of fascinating, kind of sinister about trophies and achievements:

Now this one’s a bit of a choker; it all starts to feel like… work. You start doing stuff in games that you would’ve never done in a million years. You have to kill 50 bazillion enemies? Ok, got it. You got to walk 1,000 miles? Umm, that sounds kind of far, but sure why not… You have to headshot 1,000 blue aliens whilst pirouetting, with only a sliver of health while being shot at on Nightmare difficulty? Crikey. Yep, your new found addiction starts to play you like a puppet. Dance puppet! Dance!

It sometimes makes you want to be doing something else

Here’s the real kicker. There are times that deep down, you know you want to be playing something else, doing something else. Yep, when you’re deep under a platinum trophy’s spell you’ll go to great lengths to get your figurative hands on that ornate precious metal.

If a game doesn’t have any trophies or has “bad” trophies then chances are it’s getting relegated to the bottom of the backlog. It might be a lot of fun; a really cool strategy RPG you always wanted to play as a kid that’s just been rereleased on PSN, or a game that your best friend has recommended to you, or the most wonderful indie gem ever, but – it’s only got bronze trophies and no platinum? And the trophies are glitched or completely impossible? Or worse still, it’s got no trophies at all? Hmm… maybe I’ll keep working on that plat for Defense Grid 2…

I find this side of trophy hunting to be pretty dark to be honest. Sometimes I remember I should just play the game and not worry about all this trophy malarky. And then one inadvertently pops. And I have this need to check what it was for, and then I realise I’m one step closer – all I need is to replay the game three more times on brutal difficulty, collect 100 more knick-knacks and – oh dear, I think I might have a problem.

I picked up a 3DS recently, and you know what, it was actually pretty refreshing not having to think about trophies or achievements. Playing some of the Gameboy classics I loved as a kid was a genuine treat, but on reflection I wonder if I would have bought Sword of Hope II or Super Mario Land 2 again if Nintendo had an achievement system and the aforementioned titles did not have any trophies. I’d like to think I would have played them regardless… But I’m not entirely 100 per cent sure. I could well have missed out on my wonderful trip down memory lane just because I’ve got this shadow lurking in the back of my mind that tells me not to waste time on games without trophies. Yeesh, I think I’m broken.

I guess what I would like you to take away from all this rambling noise is that you’ve got to play the games that you want to play and play them the way you want to play them. And I guess that’s one of the beauties of this trophy malarky… At the end of the day, you don’t have to even try and unlock any of them. They can be completely ignored and you can still have the time of your life with the latest and greatest. This is going to sound cheesy, I know, but it’s what I believe deep down: Like most things in life, you’ve really got to follow your own path, plough your own unique furrow in your own individual way and play the games that speak to you.

Personally, I’m going to take a little break from trophy hunting, just for a bit anyway. I think there are some old games that I played as a kid that I want to re-visit. But I’m sure, I’ll be back one day. The trophy hunter in me demands it.

What do you think of trophies and achievements? Are they the best thing since sliced bread, are you completely on-the-fence about them or are they a complete waste of time? I’d love to hear your thoughts.