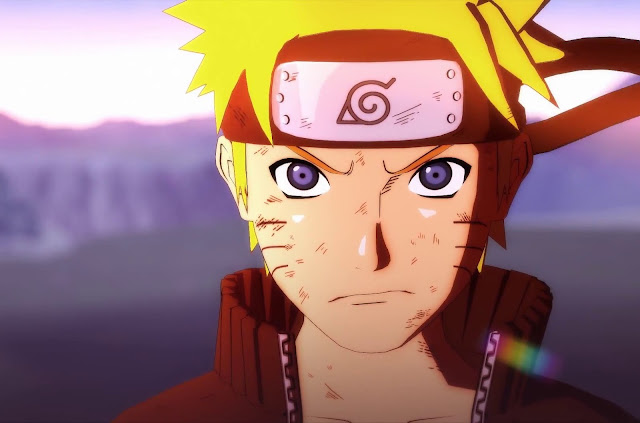 Fans of the series are going to be very (very) happy with Naruto Shippuden: Ultimate Ninja Storm 4, which is easily the best of the entire series. Now on the current generation of consoles, the visuals and combat are both better than ever. Admittedly, the fighting can be a little shallow, but there is more than enough here to keep you busy while working through the stories of Naruto, Sasuke and more.

With any series that makes it to a fourth game, you have to wonder just how much content the developer is going to be able to squeeze in, and how much is going to be left on the cutting room floor, and that is a fair concern here. My favourite part about this series is games is how they retell the Naruto story, and there is already a good deal of that story covered in those first three titles. I absolutely do enjoy this game more because I am fully caught up with the previous three games, so as inefficient as that would be to do, I do recommend you do that before starting on this one.

That is not to say you cannot enjoy Naruto Shippuden: Ultimate Ninja Storm 4 if this is your first foray into the series. Lots of smaller details get backfilled in, and the themes of friendship and the ties that bond these characters together resonate very well even if this is where you are first jumping into things. Just know that there are three very good games that came out prior to this one, and to get the most out of the tale, you will likely want to pick those up and play them first. 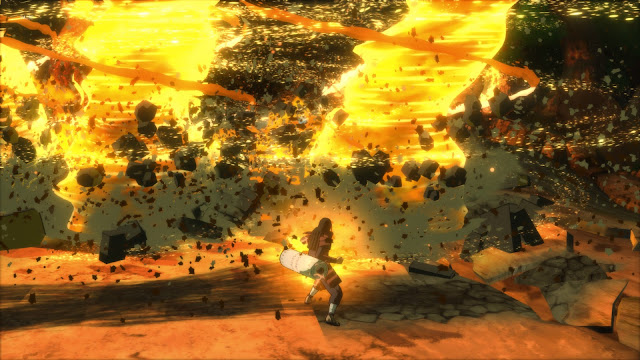 One of the aspects to this game that is different now is how the narrative is structured. The second Ninja Storm game had an adventure/RPG feel to it at times, because you were doing a great deal of exploration of the landscape, picking up missions and side quests along the way. What we have here in this most recent episode is a much more streamlined affair, for better or for worse. Getting through this primary story mode only takes a little over a dozen hours, but I do like how it is not entirely linear. In fact, there are times where two storylines will be running in parallel with one another, and you choose which one you want to tackle next. There are also plenty of really good flashback battles that help to fill in information about non-primary characters who have interesting stories to tell.

The presentation is generally excellent, with the best visuals the series has ever seen. The framerate holds up far better on the PlayStation 4, both in combat and for the story scenes. If you are a fan of the show, you will no doubt enjoy the familiar voice acting that breathes life into the characters on the screen here as well. However, if there is a quibble that I have with how the game presents the story, is is in how the cut scenes sometimes move away from a fully animated sequence to using a lot of still images with effects to simulate movement. So instead of an animated cartoon, you have a storyboard of characters who might slide to the left a little as the background zooms in and tightens up, creating more of an illusion of movement that is perhaps meant to invoke the manga more than the anime, but it is a curious design choice. With all of the storage space available on a Blu-ray disc, there is no reason, because a budget not quite up to the game’s ambition, not to have fully animated cut scenes.

However, the times when there are fully animated scenes, the visuals are often gorgeous. Many of the battles and the stages they take place on are as over-the-top as one would expect from this anime, and the video game does an outstanding job of representing these moments. There are also battles that splice in animated scenes that are linked to quicktime events. Doing these and earning stars can help unlock little scenes. Of similar note, performing well in combat can earn you more rewards as well and better overall ratings. Here is one of the primary hooks in terms of replay value, as perfectionists are going to want to go back and perfect these scenes and unlock everything they can. 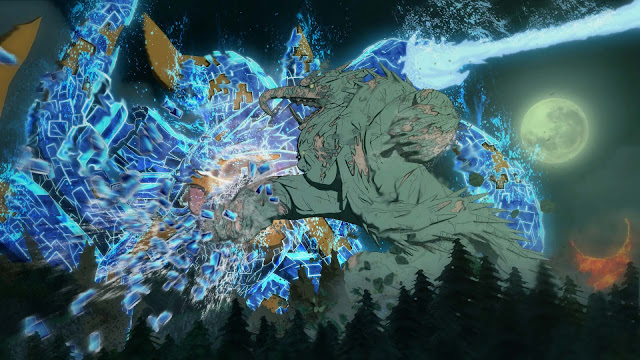 The combat in this series has always toed a delicate line between ‘accessible’ and ‘shallow’. Truth be told, you can probably beat about eighty per cent of the matches while doing little more than spamming the circle button to string together melee attacks. If you lose, you’re given a pair of options to choose from when continuing – pick up with full health (against your opponent who is still hurt) and either have better defence or higher attack. That way you are going to be able to win each battle in the game and advance, which I feel is a good move for a game where the story mode is its primary achievement. That being said, for people that do want an extra challenge, getting the S rankings or being competitive in other modes (adventure, which takes place after the proper story or online competitive), does require a greater mastery of the combat system.

Even then, one will never mistake this series with the technical levels that something like Street Fighter possesses, but you have special items, throwing stars, team moves and even the ability to run up onto walls and fight that lend variety to the combat. Another nice addition to this game is the use of the right stick to switch off between the characters you are using and their backups. Companions are no longer simply relegated (most of the time – there are instances in the story where you cannot switch up for story-specific reasons) to being called upon to unload flashy moves to assist you. Instead you can flick the right stick and tag team them in, which actually makes developing a team you like fairly enjoyable. While the large cast of characters contains a good deal of overlap in their move types, there are enough characters to choose from that variety still abounds and complimentary teams can be created.

There is an almost unbridled energy to the Naruto show and manga that translates over to the video game medium very effectively. The combat is not the deepest, but there is nuance to learn and master and the story and set pieces help to deliver on that frantic energy the show is known for. Some of the characters and storylines have resonated with me better than others over the years, but the stories told in this last adventure were ones I was very anxious to see through to the end. Friendship, love, loss and more are at the heart of many of the stories here, and over the span of four games it has proven to be quite the adventure for me.