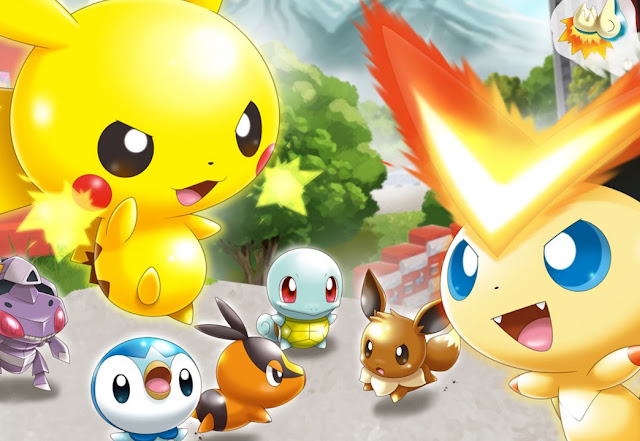 Nintendo needed a release in January. It’s the only way to explain Pokemon Rumble World existence as a retail release almost a year after it was dropped on the eShop as a free-to-play download title.

Related reading: Of course, if you haven’t picked up Pokemon Omega Ruby or Alpha Sapphire yet, you really, really should.

I’m a big fan of the Pokemon Rumble sub-series, because as simple as they are, they are reliably entertaining action brawlers. They share a simple, but deeply enjoyable premise; players take control of a wind-up pokemon toy, which they use to beat up hordes of other pokemon toys. And, occasionally when an enemy toy has been knocked out, it will turn into a collectible – pick it up and that pokemon will join your collection and can be summoned into battle.

Through that structure Pokemon Rumble world features a very simple feedback loop that is  incredibly effective because it provides the rewards thick and fast. Each time a player acquires a new pokemon it will typically be more powerful than what you’ve already got in the collection. With each level lasting between two and three minutes, and each level guaranteeing a half dozen or more new critters to recruit into the collection, there’s a lot of rapid churn in the monsters that you’ll be using, but the flip side to that is that playing for even half an hour at a time will make you feel like you’re making fast progress through the game. And as ultimately shallow as that is, it’s also rewarding and exciting. You’ll never get to develop favourite pokemon, because they’ll be replaced almost immediately after acquiring them, but all the pokemon toy models are so cute that you won’t really mind using a wide variety of them. 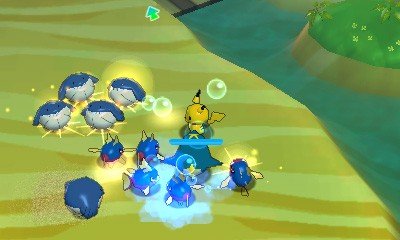 All of this worked especially well when Pokemon Rumble World was released as a free-to-play game last year. The short levels and endless grinding suited the free-to-play format, and there was a premium currency (gems), that could be either earned in play, or purchased with real money, and these could be used to increase the number of pokemon you could keep in your collection, or access new areas which features new pokemon to acquire. For most people, the endless loop and grinding wouldn’t work as a premium product, so as a free-to-play game, the ability to get by while only spending a couple of dollars (or nothing at all) was the right consumption model for this one.

Pokemon Rumble World, the retail game, is exactly the same as the free-to-play game, but this one gives away gems like free candy so there’s no need to make a microtransaction. The problem is that this unbalances the system completely, to the point of breaking it.

An easy example of this is in the fail states, which are all but done away with thanks to the easy availability of gems. In the free-to-play original, if a pokemon happened to run out of health in a dungeon and faint, there was consequences; you’d either have to hand over two precious gems to continue on, or you’d be booted out, and need to wait for a countdown to count down to take another crack at it. But that cost of two gems is nothing in this version of the game, so while you can put artificial restrictions on yourself and accept a failure, there’s no reason in-game reason to do so. It feels like cheating on one level, but more importantly, it makes you effectively unable to fail unless you deliberately want to. The intensity of boss battles, especially, goes right out the window with that in mind. 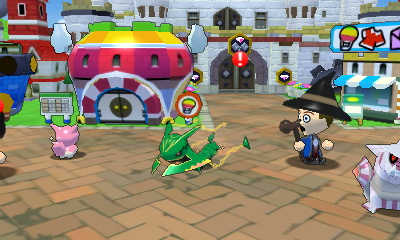 There’s also no sense of earning anything when it’s all effectively accessible the moment that it’s available. In the free-to-play game, unless you were going to be willing to spend a lot of real money, there was a real need to scratch and save in order to collect the gems to access new areas or other bonuses at times. This was a good thing; it gave you an incentive to keep coming back to play, and the gems would act as a progress bar towards milestones. But now it’s a simple, instant, arbitrary transaction.

With no real narrative to speak of, and such ridiculously short levels, the other weaknesses of free-to-play games sold as premium experiences begin to become evident. Pokemon Rumble World was, like most free-to-play games, designed to be played around short bursts. But when you’re buying into a retail game, you’re generally going to want a more sustained experience, which this one really does not provide. The pokemon toy collection is too transient to allow for any complexities in the combat system – each pokemon has one or two attack abilities that boil down to button mashing through encounters, and there was no room to include more complex abilities because you’ll be using entirely different pokemon with different ability sets seconds later anyway. Level design is too short and punchy to be engaging over longer play periods. There’s too little to do outside of the dungeons because the free-to-play model needed players to spend most of their time in this one in the dungeons.

So sitting down to a longer session quickly becomes tiring, in which the positive feedback loop is too frequent to have a positive impact on the player. It is possible to take free-to-play games and make something premium out of them; we saw that with Nintendo’s excellent collaboration with GungHo to bring Puzzle & Dragons to the 3DS as a full-priced game. But it requires work; the developers need to go back, redesign how players interact with the game, and add additional content around the base mechanics to broaden its scope and reach. Pokemon Rumble World already has that worthy premium title; close to the 3DS launch there was a Pokemon Rumble title that featured lengthier, more sustained levels and a narrative. That game, Pokemon Rumble Blast, is still worthwhile, and a far better example of a premium toy battler than this one. 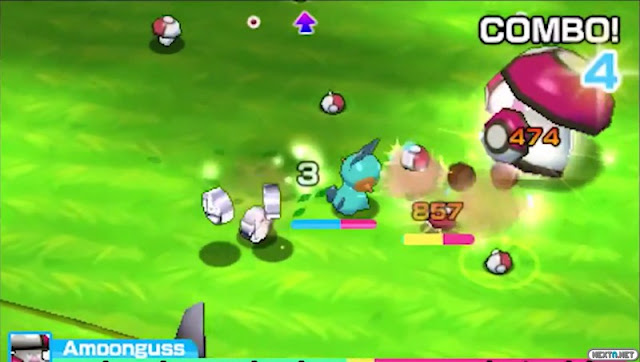 It’s difficult to conceive where the audience might be for this game. Players who already have the free-to-play version may as well just stick with that. Either you’re still playing it (and thus have likely finished just about everything and would simply be replaying through everything you’ve already done again), or you’ve stopped playing it and therefore you’re done with what Pokemon Rumble World offers.

Alternatively, you skipped past the free-to-play game, which means you are either unaware it exists, or you’re just not interested. If you’re not interested in it, I can’t see you being interested in paying a premium for it either. If you were unaware it existed, then you might as well go with the free-to-play version; you’re getting the same content, you’ll have more control over how much money you think it’s worth, and at least in getting into that version, you’ll be playing a game that doesn’t feel like Nintendo is trying to shove a square-shaped free-to-play game into a circular-shaped hole.