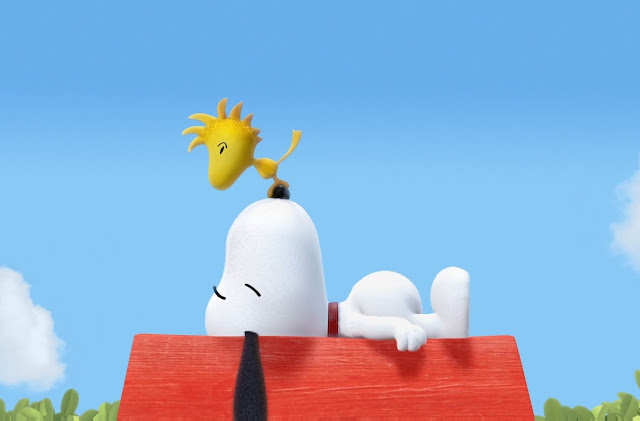 Movie-tie-in games are always an interesting bunch. Even if the source material has a rich history, like Peanuts, there isn’t the guarantee that a good game will be delivered. In many ways, this can be reflected in an iconic, recurring scene from the comic strip. Lucy holds a football for Charlie Brown to kick, only to be pulled away at the last second resulting in a predictable, yet comical tumble. Only with Snoopy’s Grand Adventure, Lucy doesn’t pull away, Charlie Brown connects and kicks the ball triumphantly.

We’re not talking about something that is going to rival some of the incredible games released this year, as Grand Adventure is after all a simplified game, aimed at young children. Snoopy goes in search of his friends, after they have mysteriously disappeared. In venturing on from his dog house, Snoppy and Woodstock (who acts as a second player who can interact with objects to open new paths), journey through different locations to find, and rescue his friends.

Grand Adventure takes a number of cues from early Kirby games. The world hubs are divided up through numerous doors, behind which are a number of labyrinth that Snoopy must adventure through to get to the goal, whilst collecting jelly beans and members of the Beagle Scout along the way. At the end of each world there is a boss battle, which plays with the basic platforming mechanics: jumping and running. They do bring some challenge, but are easily manageable. 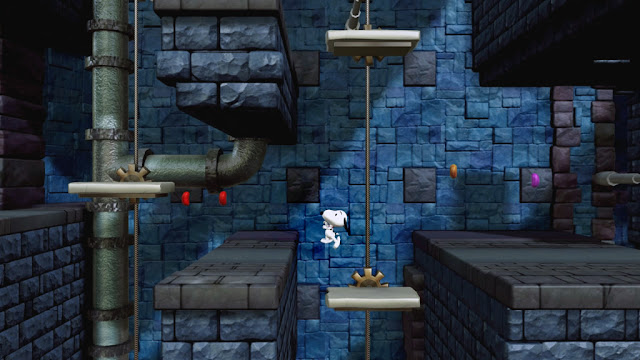 The worlds however, are nothing short of stunning. It’s very much a reflection of the imagination the series is known for, including a spectacular dogfight with the Red Baron, his arch nemesis. Jungle levels are overgrown, and the temples are crumbling with hidden treasures littered throughout. Some of the game’s levels are partially locked out, requiring players to return with costumes unlocked in later levels in order to collect everything. Repeating levels does often get mindless, and there is no penalty for avoiding these collectibles. And as much charm as there is, for an older player there isn’t that much of a challenge or complexity in the level design to warrant wanting to replay levels.

The game does struggle to run smoothly when there are a few enemies on the screen, with a noticeable jump when they move out of the focus of the camera. As Grand Adventure is primarily a platforming game, precise controls are needed and while the game delivers, this slowdown, which occurs frequently, does wear on that a little. Underwater sections, while minimal, are not as refined as the out of water sections.

I think it is safe to say that Snoopy has avoided the movie-tie-in curse. What we have here is a game that is solid in its design ideas and has implemented them effectively. Yes there are some slowdown issues, but considering who the game is marketed towards, I don’t think they’ll be taking too much notice of that. It’s an enjoyable game, filled to the brim with fun and imagination.