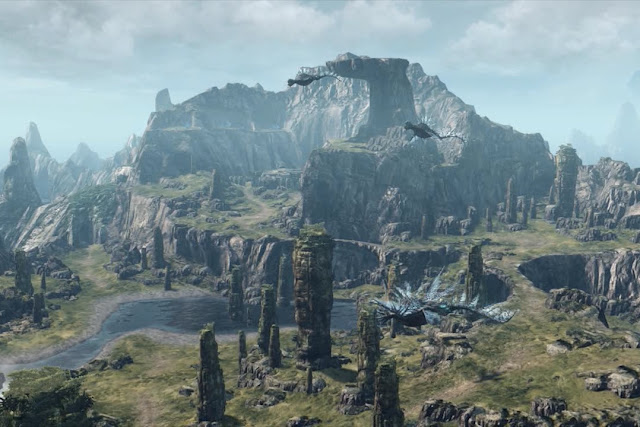 It’s a little odd, listening to the soundtrack for Xenoblade Chronicles X separate from the game itself. That, of course, applies to most game soundtracks, because game soundtracks have generally been written around what the other creatives on a game development team have come up with.

But I don’t mean that it’s odd in the sense of “this music clearly has been designed to accompany moving images” (though that is certainly the case too). No, Xenoblade Chronicles X’s soundtrack is odd because it is a very carefully crafted juxtaposition and even dissonance between something earthy and primitive, and something vibrant and electronic. The music seems to have been constructed in such a way that it doesn’t always work together.

And because of that the end effect is something rich and nuanced, and every bit as breathtaking in scope as the game itself. Game soundtracks can sometimes be accused of being limited in scope and imagination when compared to their cinematic counterparts. This soundtrack here is almost a complete reverse; a film should be so lucky as to have something like this backing it. 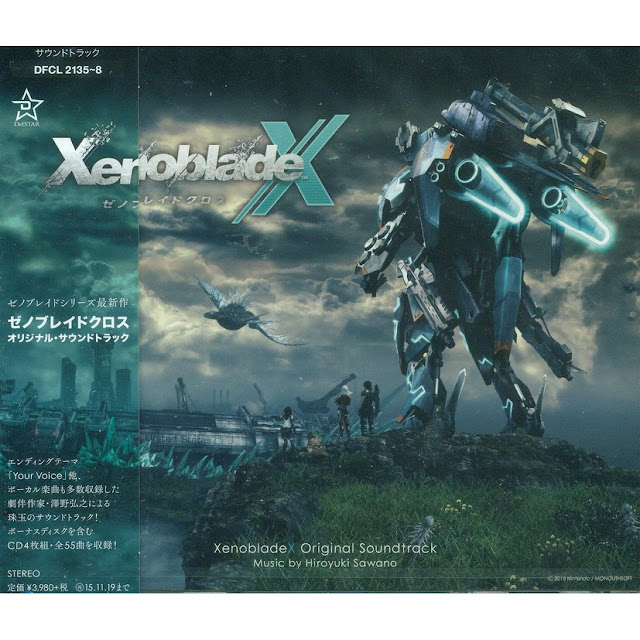 From one track to the next, the way the music flows through the same basic narrative themes as the game itself – of the tension between nature and human, human and machine – immediately calls to mind both large scale conflict and moments of quite reflection. This happens from both one track to the next, but also within the track itself; at times electronic instruments and a thudding drum will dominate. At others a gentle instrumental melody will captivate. Then some hard rock guitars will start to punish the ears, before the sung lyrics cut in to call to mind what might pass for pop music in the kind of near future environment Xenoblade sets itself in.

Where most games have very distinct musical themes that accompany each different region that a player visits on their journey, and then shifts on account of what they’re doing, Xenoblade Chronicle’s soundtrack is much more subtle than that, smoothly flowing from one image on its tapestry to its next in such a way that, while it still has its distinct themes, the boundaries between them are blurred.

From a pure listening perspective, this could almost be a problem, because you’ll come up to moments scattered throughout where, despite the punishment that the drummer inflicts on his instrument to try and beat the rhythm into your head, individual tracks risk becoming forgettable. But here’s where the composer, Hiroyuki Sawano, really hits his peak; at any moment where the rhythm of the soundtrack starts to stall, there’s a track with rousing vocals to snap your attention back to what’s going on. 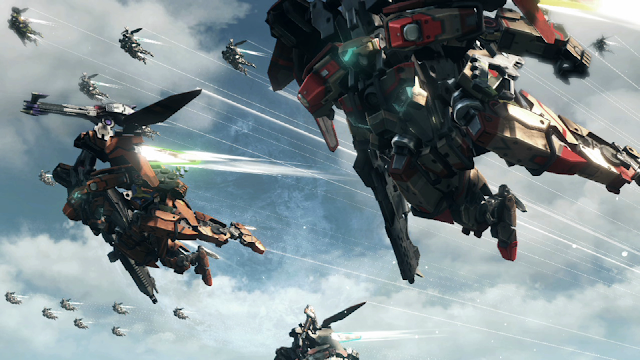 When I was playing the game itself I often found these vocalised tracks jarring and not at all in keeping with the kind of sweeping epic I was looking for. With very few exceptions (Persona 4) I don’t like vocalised tracks in my JRPGs. I spend so much time in these worlds that I find that once you introduce vocals the limitations of vocals start to become very clear – where you can listen to something instrumental in the background for hours while concentrating on something else (the actual gameplay, in this instance), vocals demand a greater part of focus on the part of the listener, and while this is fine the first couple of times, it’s rare for a vocalised song to still be something you’re happy to have competing for your attention after the hundredth loop.

But listening to it in isolation in the CD soundtrack, Xenoblade Chronicles X’s lyrics start to make sense. It’s not that they’re there to necessarily occupy a player’s concentration, or even to provide highlights to the overall soundtrack; they’re there as a refrain or break from the more reflective, softer music tracks. They’re there as a stark contrast with the rhythmic thumping of the often-primal music of the world that the humans are trying to tame. It’s the juxtaposition that builds the game’s narrative attention, and like a few grains of salt mixed into caramel or chocolate, it makes things sweeter. It helps focus and draw the other music tracks together.

So, while the tracks with sung lyrics do eventually become tiring, they also help greatly in pulling the music into the audience’s core focus, and in-game, this meant the music got to play a more involved role in the actual storytelling process. Where too many games have soundtracks that fade into the background, Xenoblade Chronicles X gets to rely on the soundtrack not just to reinforce the emotional weight of the action within the player, but be an active agent in a player’s interpretation of what’s going on. That’s rare stuff, and it’s really quite intelligent. I’d almost suggest that players looking to fully appreciate the storytelling of Xenoblade Chronicles X should get themselves a copy of this soundtrack and settle down with it for a couple of hours, because it’s really quite insightful.

The CD soundtrack itself is a deluxe package, spread across four discs, with just about every piece of music that you’re going to remember from the game packed into it. The recording quality is high, and the arrangement of each CD is impressive, with similarly themed music clustered together in such a way that, as I mentioned above, is broken up at the right possible moments to continue demanding the audience’s attention.

The result is one of the most listenable game soundtracks for people who haven’t played the game. Obviously the majority of people that are going to be interested in this CD are going to be existing fans of the game, but for people that do want to experience an eclectic combination of electronica and primal, tribal beats, buying into this soundtrack is going to tell you almost as much about Xenoblade Chronicles X as playing the game itself will.

A copy of this CD was provided to us by Play-Asia for review. To support DDNet, please consider buying your copy using this link.