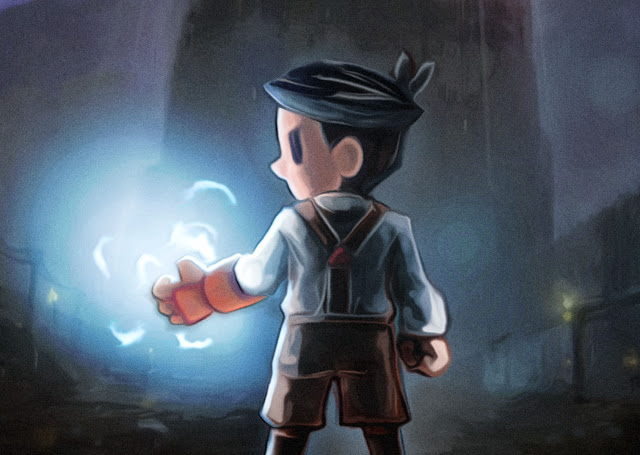 Though Teslagrad first surfaced a couple of years ago, it feels right at home on the Vita with its latest release. The core mechanics are as sound now as they were then, delivering a solid experience that combines puzzle elements with platforming action.

As far as the core narrative goes, Teslagrad does a solid enough job of telling a story, without ever saying a word. That is right; there is no written text, no spoken voice work, just an old school series of animated sequences that set the stage whereby your home is invaded and you and your mother escape. From that escape, the end result is that our protagonist in an old gothic tower that is every bit as dark and dreary as a Halloween tale.

The visuals and sound are both familiar and charming, leveraging a retro aesthetic with bright colours and blocky backgrounds against our protagonist that has an almost painted appearance. This, combined with a catchy soundtrack but no spoken dialogue have become commonplace in the indie gaming scene, and they are used to good effect here. There is a sense of deary sadness that manages to permeate the levels. In particular was a stage where the rain was falling, saturating the ground while puddles dances with the impact of the heavy drops. The foreground was brightly punctuated here and there while the background had a dark, shadowy appearance. All in all the visuals work well on the bright but small screen of the Vita. 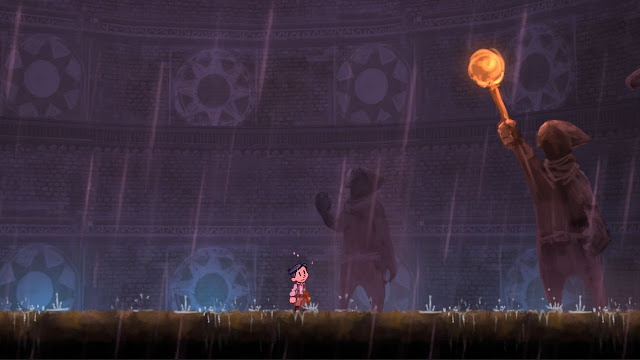 The gameplay itself is easy to pick up and learn, with lots of basic platforming elements to challenge your sense of timing. However, the key mechanic here is the magnetic glove that allows you to either draw in or repel back blocks you find in the landscape. These form the foundation for the game going forward, but instead of relying on this one trick, other tools are introduced at a steady pace. This new equipment such as a cloak or boots that allow you pass through solid objects or add an extra jump to your movements open the earlier areas in the game while allowing the levels to become more difficult as you progress through them. Like most games in the Metroidvania genre, Teslagrad can prove very challenging, and tests both your reflexes and your critical thinking over the span of an increasingly difficult adventure.

Despite these areas of the game that Teslagrad gets right, there are some issues that still hold the title back. Checkpoints are too far and few between. Certainly, some might argue that this simply makes the game more challenging, which is true, but I have always appreciated the trial and error nature of games like this and having to go back a long ways and replaying parts of a level begins to have a discouraging effect over time. I started to lose interest in going back to find previously unreachable collectables, because I found the checkpoints to be frustrating sparse in places.

The other issue I had was with the boss fights. Some of them actually were quite clever, but they demanded near perfect control that Teslagrad does not always provide. The levels are designed well, and they feel both challenging and rewarding, but a handful of the boss battles simply became exercises in frustration. Instead of feeling accomplished upon beating these particularly painful enemies, I generally just felt relief that it was over so I could move on with the game. 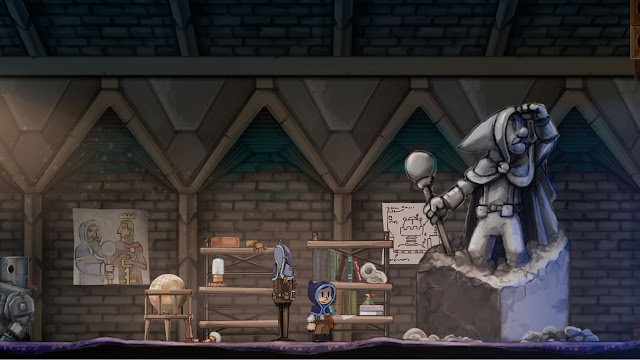 Teslagrad is a sound platforming title with enough puzzle elements backing it to keep the game interesting. These hooks are needed, because the story itself is effective but undercooked with the lack of any text or dialogue. Difficult, and even sometimes unfair, boss battles and checkpoints diminish what is otherwise an excellent game. I thoroughly enjoyed working through the levels and discovering hidden items along the way.