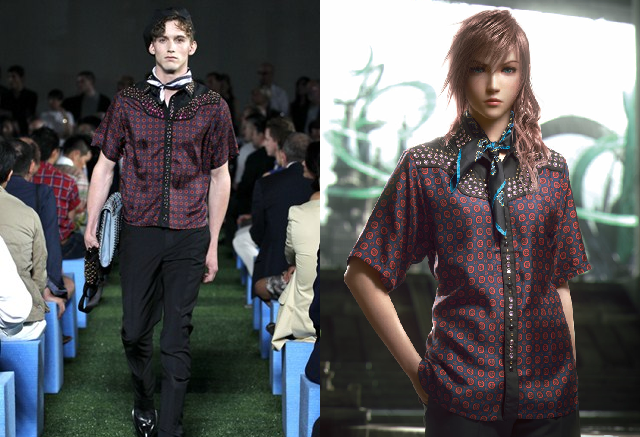 Over at Daily Review, I published a piece on the idea that digital characters might, in the not-too-distant future, be used by the fashion industry as models. Of the professionals involved in creative campaigns for the fashion industry that I spoke to in researching the piece, it would even seem that it is conceivable that between VR and AR technologies, we might just see catwalks in the future featuring digital characters, moving about spaces that we perceive as the physical reality around us as though they were one of us.

Related reading: My piece on Daily Review, for further background on this fascinating trend.

Or to put it in simpler terms; if Hatsune Miku can perform live concerts now, who’s to say that in a couple of years she couldn’t be the first digital Victoria’s Secret Angel? It’s a fascinating thought, and one I wholeheartedly support.

Ahem. I digress. The reason I’m writing this is because, as I was penning that piece I started to reflect more and more on the concept of digital celebrities. I realised that we’re already basically there, albeit the likes of Lightning, Risette, Nathan Drake and Hatsune Miku (and that’s just in games; there are a growing number of bona fide digital film stars too) are currently celebrities to subcultures rather than the mainstream. It’s only a matter of time before we start seeing mainstream digital celebrities, however, and when we do, the ramifications for most of the entertainment industries are, I believe, more severe than we really think about now.

Because in many ways, digital celebrities are better at meeting the expectations of a celebrity than a real human is. A digital celebrity such as Hatsune Miku is what each of her individual fans want her to be. To some Miku might be an adorably innocent bubblegum pop artist. To others she’s a sex kitten. To still others she’s glamorous. And if her fans want, she can be whatever they want her to be at any point in time. Her personality is fluid and at the discretion of the consumer.

Contrast this to real world celebrities. If you’re a fan of Selena Gomez, for example, you’re somehow going to have to resolve in your mind how she could have such spectacularly bad taste in men. If you’re somehow a fan of Chris Brown’s music (and are a decent human being), then you’re going to be mortified by what he has done. You may well even find you no longer enjoy his music.

Human celebrities are, funnily enough, human, and they make mistakes or have personalities that doesn’t always gel with people who otherwise adore them. Being a real human being is, of course, a good thing. But the whole concept of “celebrity” doesn’t want humanity getting in the way. The whole concept of celebrity is that an individual has an image. And that image can be shattered if the celebrity does something contrary to it. Digital celebrities aren’t capable of making mistakes. They can have an image carefully constructed around them, and the only thing that can let the fans down then is the fans themselves tarnishing that image.

We will likely see the adoption of digital celebrities in the mainstream in Japan well before we see it in the west. Over the years the Japanese culture, being an inherently disciplined one, has already become accustomed to the idea of fan-driven celebrity. The likes of AKB48 are so carefully produced that, while not healthy for the members (as they are expected to be robotic slaves to the group image), means that the Japanese are already familiar with their celebrities fitting nearly into categories and boxes. Hatsune Miku herself is already verging on mainstream recognition, so this is something we’ll see in the near future, if not imminently.

The west will take longer to come around to the notion of digital celebrities. We’re used to our celebrities being people, and thus driven by the same personalities and flaws as the rest of us. That’s not to suggest that we necessarily accept it, but we’re also not surprised when one celebrity has an affair with another, or a celebrity lands him or herself in rehab after falling deep into drugs or alcohol.

But ultimately the commercial forces behind celebrity will drive adoption in the west, too. After all, a celebrity that is the face of a brand becomes a major cost and liability if they get themselves thrown into jail after a drunken brawl. A digital celebrity is a nice, safe, option. One that comes with no risk of tarnishing the brand by behaving badly.

And, further, digital celebrities are easier to control. As lines of code and art assets they are not going to complain about the catering. They’re not going to demand an extra million if they don’t like a costume that they’ve been asked to wear. They’re never going to be late, and they are licensed, not contracted; “hiring” them is going to be far less of an investment.

I don’t think we’re very far away from digital celebrities starting to have the same role in the entertainment and social landscape as human celebrities. And it’s going to be a fascinating process to watch.