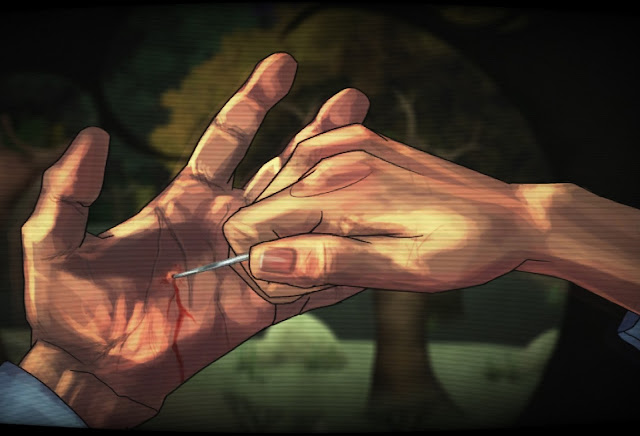 Approximately one hour into the game, after Hamilton’s demented mother started acting creepier than usual, I fearing for my sanity, quit the game and returned to my desktop to stare at the soothing space field that I have set as my wallpaper. However, I got distracted by an out of place notepad on my impossibly uncluttered and well maintained desktop. It was titled simply “you should read me” in all-lower caps. I immediately went into panic mode – what if it was a virus set loose by one of the gazillion softwares I’d installed? Or maybe someone had hacked my computer? The possibilities were running rampant.

Developed by indie newcomer, Jon Oldblood, the game takes its title from the psychological disorder known as sexual masochism, in which chief behavior characteristics include but not limited to: piercing oneself with pins and otherwise subjecting yourself to extreme levels of pain and suffering to receive sexual gratification. Some of the in-game characters adhere to said symptons. Also featured in the game are elements from other psychological disorders such as sadistic personality disorder and lust murder, to name but a few. 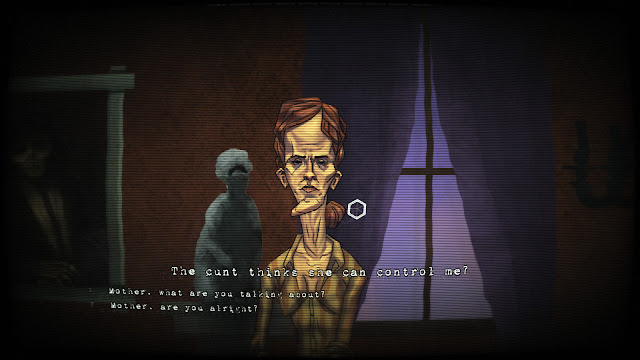 So, as you can probably guess, Masochisia is obviously a game intended for mature audiences, and it lets that be known from the outset with a bone-chilling warning message that puts the warning of Silent Hill: Shattered Memories to shame. In fact, everything about this game makes most other horror and thriller games look dull by comparison. At core, Masochisia is fueled by the same philosophy and goal of other horror games – that being, mess with the player’s mind till he or she spams the “esc” key from sheer fear – but this little indie game wins by an arm and a leg.

You play as Hamilton, a young boy destined to become a serial killer. As the youngest member of a violently abusive family in a giant commentary on the role of nuture in the development of a young psyche, Hamilton leads a tortured life: he is constantly whipped by his father and often cruelly harrassed by his passive-aggressive mother. He also has an elder brother, Walter, with whom he shares a love/hate relationship with. Walter is perhaps the most interesting member of the family: a BDSM loving degenerate, his appearance is the most frightening from the game, for he is never seen without his mask (though you get the option to remove it near the end of the game) and straitjacket. His room is fashioned to that of a prison cell, complete with blood stains and tally marks: a far cry to the rest of the decrepitude Victorian Era mansion, which is quite normal by comparison, albeit grim by nature and occupied with eery statues and portraits of people with their eyes scratched out.

Hamilton himself is not too far from the disturbed and aggressive nature that permeates his family. The serial killer destiny notwithstanding, he lives in a perpetually hallucinatory world, pricks himself with needles to ease the suffering, regularly “converses” with what is described as the voice of God, and takes pills to calm his obviously unhinged mindset. Even his responses are worrysome: they range from benign bravado to that of an utter psychopath. While his character understandably starts sympathetic, you begin to shed any connection with him once you realise that all conversation options just ultimately lead him to being a vicious killer. And by the time he brutally murders an innocent kid, Hamilton is reduced to something of a curio whom you won’t like, but you’ll keep watching to see what he will do next. 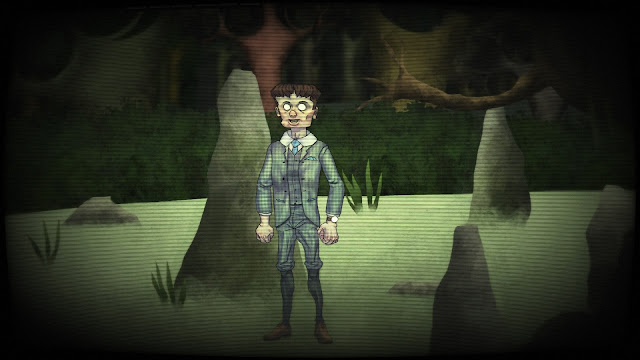 A point and click adventure game, Masochisia is played from a first-person perspective. But unlike games of similar ilk, you can only move sideways and your interactive options are severely limited, making Masochisia an extremely linear game. The narrative of Masochisia is terribly fascinating. It tackles issues that are definitely not for minors, and the heavy use of graphic and unsettling imagery are not for the easily offended. In fact, there’s very little about this game that makes it recommendable, seeing it is easily one of the most upsetting and visually distressing video games in existence. Most of the horror in other games comes from specially-created monsters and storylines that are unique to that environment. Here in Masochisia the catalyst to nightmares boils to these five words: “based on a true story”.