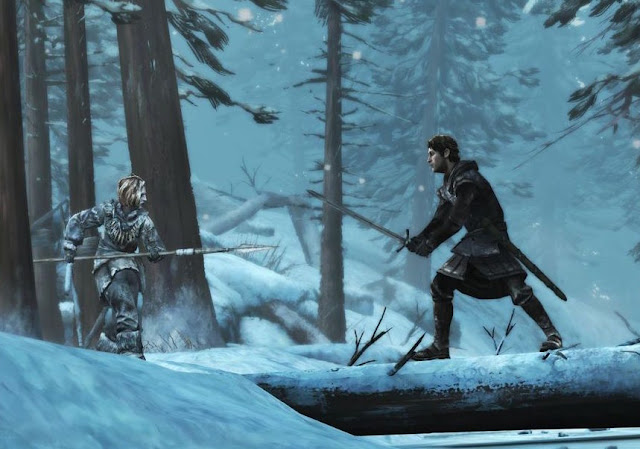 Game of Thrones: Episode Six – The Ice Dragon is an exciting, action-packed finish for a series of episodes that had its ups and downs through the first five instalments. As is often the case, the final chapter proves to be the best for a Telltale Games title, but it was not the perfect ending you might have wanted.

What do I mean by ‘perfect ending’? Not the fairytale or Happily Every After kind. This is Game of Thrones. I expected things to go poorly for some characters. Heck I went into this expecting things to go poorly for just about every last one of my characters. No, for me the ending episode was highlighted by some truly memorable moments – the downside is that too little was resolved by the time that the credits rolled around.

First, a bit about what this sixth episode, and really the series in general got right. Like Tales from the Borderlands, Telltale Game introduced us to a new mechanic where we were not controlling a single figure throughout the entire story. Instead, the format was more akin to the books and television show, where the narrative would continue to jump between characters and situations throughout. Most of these characters had almost no overlap, each one having their own story and location, whether we were following Gared to The Wall or Mira in King’s Landing or the rotating Lords who rule over House Forrester (since they have a nasty habit of dying, making room for a new one in his wake). 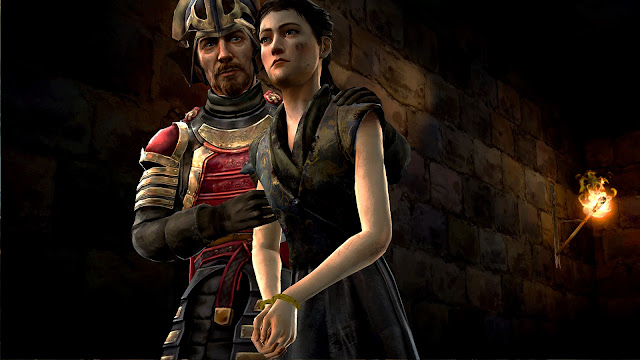 Along the way, each character had their own style or play, their scenario different from one another. Mira was tasked with trying to find aid for her family not through force, but political intrigue. Gared found himself on a quest where he was forced to choose one oath over another. Asher is a warrior through and through. These are examples of some of the characters you control during your time playing the game. Add to it the voice acting of supporting characters that cross over from the popular show and the often gruesome scenes of death to this rotational narrative, and the series became a natural extension of the books and show, offering us a tale that is authentic while still being unique.

The near-impossible situations the characters are put into reflect well on the show’s content as well. Often times I felt it was less about ‘coming out on top’ and more about ‘coming out with my head still attached to my shoulders’ throughout this series, and the concluding chapter kept that theme coming strong. One area I feel as though this episode really excelled, was that the choices I was making actually felt important, and major choices made throughout the prior episodes – and especially this one – will no doubt impact the second season when it comes out.

For example, there is one fairly significant choice made at the end of the last episode, where you choose which of two characters survives. This impacts several of the subsequent scenes, each one experiencing a nice change in path from the other. Doing this too often can mean the same amount of work goes into an episode that takes less time to play out. That being said, it was absolutely worth replaying this chapter a second time after making some different choices, just to see how things would pan out in new ways. 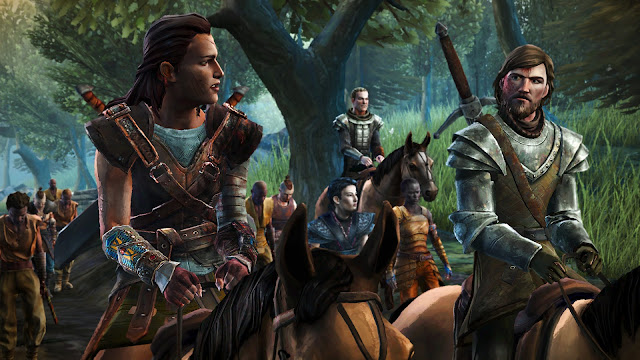 While the action was satisfying and some of the characters’ ends seemed almost inevitable, there were still some quality twists along the way. Much like the television show, as the season came to its conclusion there were lot of threads unaccounted for. It makes for great fodder leading into an inevitable second season, but some of the story points were left in a frustrating state.

It is worth noting that the final summary of my choices was handled wonderfully. It really brought to light the impact of some of my major decisions and while the story might have left me feeling somewhat hung out to dry at the end, the choice summation here was outstanding.

Game of Thrones: Episode Six – The Ice Dragon is a fitting end to the first season, but is anything but a proper conclusion. The decisions are hard, the consequences are gut-wrenching and the stakes are incredibly high. So now you get to sit back and look forward to the next season, knowing that you’ve been suckered right into committing to it before it has even been announced.

Do you play episodic games?