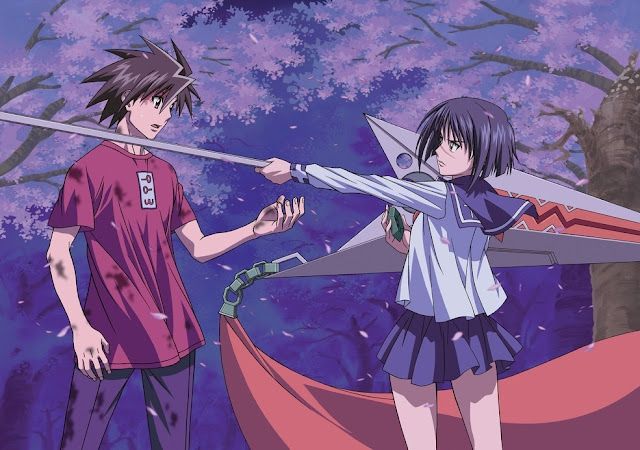 An anime’s opening theme song sets the foundation for the act to follow. Whether it’s a catchy tune, strong lyrics, or an exceptionally good use of visuals, there are hundreds of ways to make an opening that really pops. Below are ten examples of the many shows that have weaseled their way into my heart forever. I’ve given priority to shows within the last decade with this list, but some oldies had to sneak in. 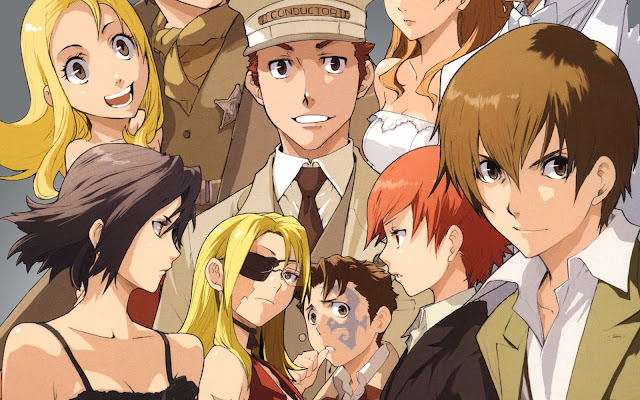 Baccano tells a non-linear story where alchemists, psychopaths, gangs, conductors, and homunculi feud over immortality on a train in 1930s America. This theme song reflects that insanity perfectly with a smooth jazz number that, with its sole lyric, “it’s gonna rain tonight”, crescendos into an energetic-but-whimsical jam. Meanwhile, the accompanying visuals cleverly highlight the show’s characters with scenes that depict their personalities and graphics provide an overview of character names. The latter is utterly essential when a show stars such “memorable” names as Szilard Quates, Firo Prochainezo, and Czeslaw Meyer. The song’s name, Guns & Roses, is just icing on the cake. Equally practical and fun, Baccano’s theme does it all. 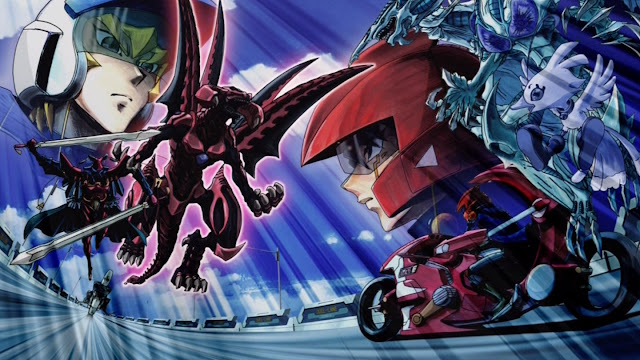 Yu-Gi-Oh! GX started with a young boy joining a card-game based academy. 5D’s, its follow-up, starred a motorcycle-riding illegal immigrant who is thrown into prison and forced into hard labour in his quest to dethrone his former friend from his status as King. This change was a brazen one to say the least, but whoever handled the theme song for 5D’s ought to pat themselves on the back. The first thirty seconds of Kizuna reflect the edgier, more mature tone that the show has taken on with an attitude-fuelled rock song. Moody post-apocalyptic imagery floods the screen until suddenly the main character soars through a sunny sky. From here the song takes on a friendlier J-pop melody and all the silly comedy characters as well as the cards themselves finally rear their faces. The remaining minute is an honest acknowledgement of the show’s content that shrewdly tells fans, “don’t worry, this is still Yu-Gi-Oh”. 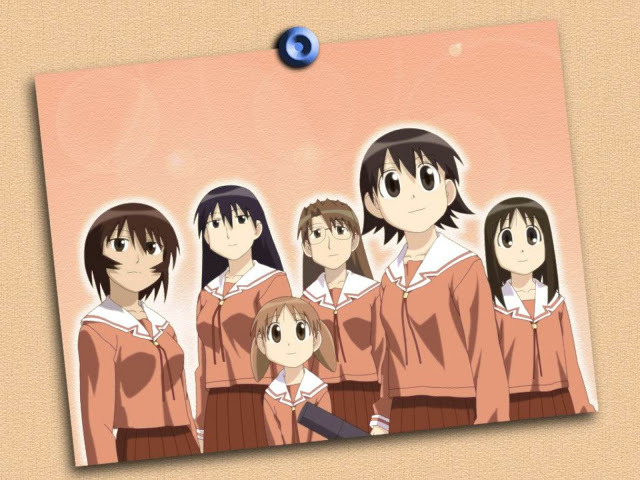 Azumanga Daioh might be an innocent slice of life show at heart, but if the catchiness of its opening theme could be harnessed and weaponised, humanity would be doomed. Even if I wouldn’t call it a musical masterpiece, this must be the most infectious theme I’ve heard in all my years. The first time I heard it, I went months upon months before hearing it again. Yet within two seconds time, there I was humming along as if I’d marathoned the entire show. Just a few very basic melody lines play throughout the song but they never quite get tedious thanks to the punchy use of vocal inflections and subtle tone shifts. The result is a mesmerising theme that makes me feel like I’m being brainwashed into watching one more episode. 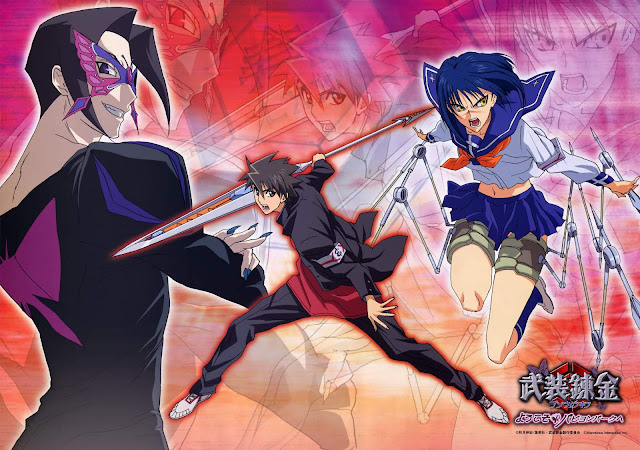 Makka na Chikai is the battle shounen anthem done justice. Vocalist Yoshiki Fukuyama starts off with some paint by numbers singing to accompany scenes of the protagonist running down the street in his simpler days. A few disjointed guitar riffs clue listeners in that something greater is on the horizon, though, and emotion appropriately oozes into Fukuyama’s voice. By the end, he’s wearing his heart on his sleeve with powerful but vulnerable vocals that kick even the office dullard in square in the rear. The presence of the demented Papillion and smiling moon characters inform viewers that the show has its share of quirky comedy spots but is a battle shounen first and foremost. Makka na Chikai also proves that, with the right singer, lyrical gems like “woah, woah, dat dat-da-dat-da” have the emotional weight to get the blood pumping. 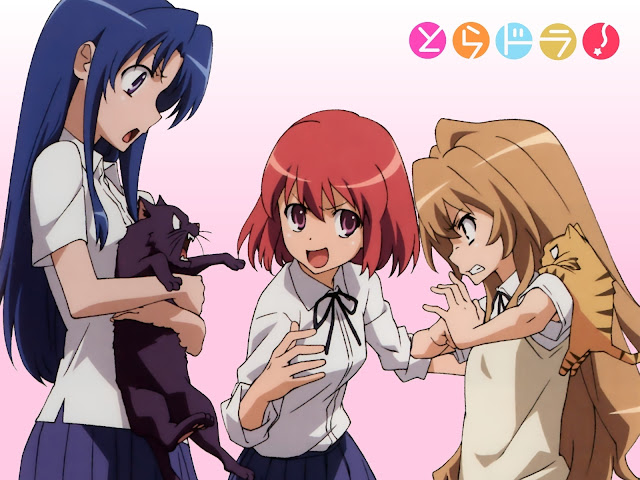 When Silky Heart replaces Toradora’s original buoyant theme, the plot has just about discarded the “com” half of the term rom-com. Silky Heart still has a loosely dance-influenced backbeat to it, but the now-melancholy tune in conjunction with the vocals foreshadow a wave of drama greater than ever before. In context and having watched the previous sixteen episodes, I felt immediately unsettled and that much more invested in the relationships at stake. The lyrics might be straightforward but their simplicity shines through because it’s time for the characters to come to grips with reality. It’s the most beautiful theme on this list and evokes the opposite emotions of Busou Renkin’s song of praise. 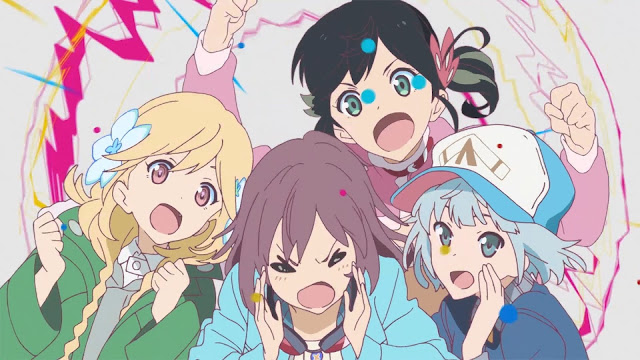 Rolling Girls takes an existing punk rock classic sung by The Blue Hearts and puts its own spin on it. The same tune belted by a slightly gruff man works, bizarrely, just as well in the context of a girls group. Studio Wit’s eye-popping colour choices give the opening an atmosphere that feels as much like a rock concert as an adventure through the unknown with your best pals along for the ride. Laced with infectious optimism and lyrics that are actually applicable to the show’s plot, Rolling Girls shows that the calculated use of an existing tune can sometimes be as effective as composing a wholly new one. 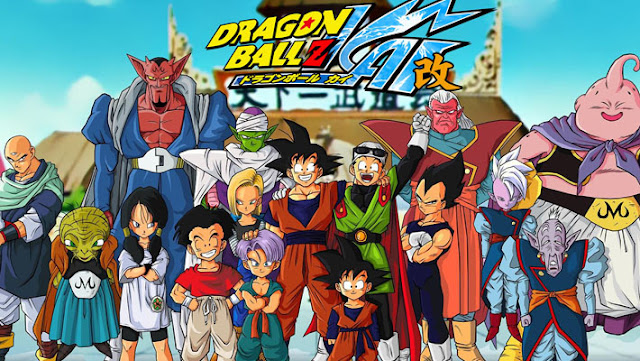 How do you wrap up the definitive version of a long running franchise that means so much to so many people? You write a song like Kuu-Zen-Zetsu-Go. Although composed long after the Dragon Ball franchise’s heyday, this song plays during every episode of the final story arc and has all the qualities to fool you into being nostalgic for it. The verse serves as a nice buffer for the chorus, which when it hits, renders me a giddy buffoon flopping my arms about in child-like wonder. The animations seal the deal by showing off some of the franchise’s finest transformations and showcasing the franchise’s cast. Also, Kid Buu chomping Goku’s arm in time with the music is the best thing ever. 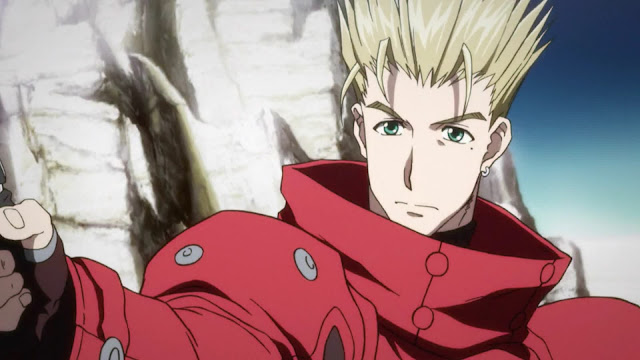 Like Baccano’s theme, Trigun manages to be captivating without any real lyrics. Trigun, however, trades in that adventurous tone for a rockier tune that flaunts its own pure awesomeness. This opening doesn’t attempt anything too fancy – it’s the most primitive on this list– but it has that unexplainably cool X-factor that proves simple can be oh so effective. A couple well-timed shouts punctuate the theme with that extra edge. Why is some guy randomly yelling “boom” or “oh”? Who cares. As a youngster channel-flipping, this is the sort of theme that would guarantee a watch. 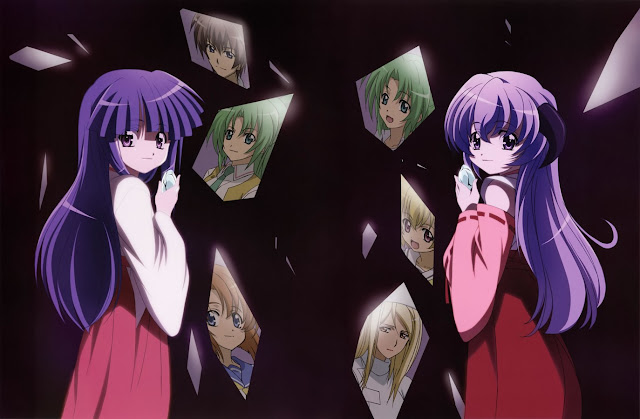 Higurashi no Naku Koro ni’s opening theme begins with some ominous chanting, which is never a forecast for a happy song. That chanting settles into a bit of a groove but a rather calculated and prickly one at that. There’s a brief piano segment with the most heartfelt vocal work of the song, but it’s just that – brief. Nevertheless, it’s vital that the song contains this moment because it also represents the slice of life elements that occur before things head horribly, unspeakably south (the horror elements are strong in Higurashi). Visuals lean on the artistic side with various flower and plant symbolism there to represent such elements as the innocence of the characters (and, perhaps, the loss of it). The blood-soaked girl carrying a cleaver is, um, less subtle but equally effective in its own right. Higurashi is special in that its opening becomes more potent as the show progresses; that initial waft of vague creepiness becomes a gaseous cloud of “I’m never watching this past midnight ever again”. 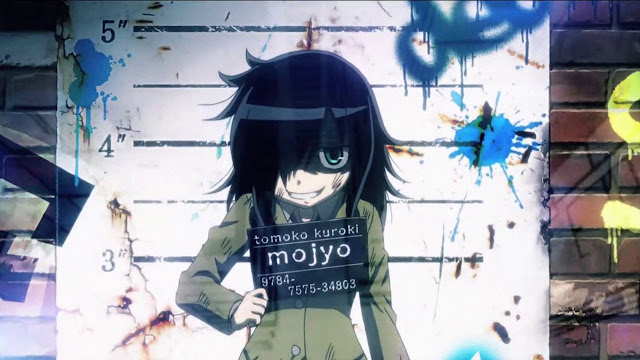 When writing a theme for a comedy about a socially-crippled otaku, logic dictates you’d compose either a frivolous groove-fest or something equally light-hearted. Instead, WATAMOTE took the ballsy route with a dramatic, emotionally-driven tune. A male and female vocal duet is underscored by the modern influence of grungy screams that reek of protagonist Tomoko Kuroki’s pent-up grievances with life. Edgy symbolic imagery such as chains puts the whole thing over the top. This grandiose theatrical production provides a beautiful juxtaposition to the show’s actual content; an episodic, nonchalant tale of an awkward high school girl. Put simply, Watamote’s theme song is actually the ultimate gag in a show chock full of laughter.