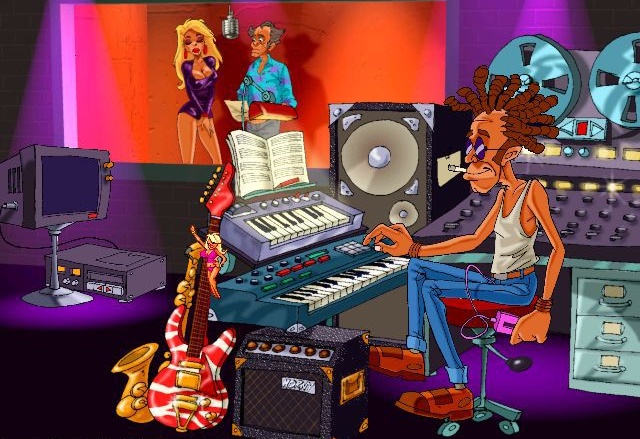 Here’s the thing; in theory a game about building a business in the adult entertainment industry could be absolutely fascinating. In theory. Once you move past the… rather obvious bits of the industry, how these businesses actually work, as businesses, is barely understood, and almost assuredly completely unique in the challenges, risks, and opportunities that it presents.

In theory a game about building a grand pornography empire could be a fascinating simulation in dealing with both legitimate business, and managing the crime elements that are so obviously a part of the industry. In theory managing the stars, the opportunities, the distribution of the content would be all fascinating, and so very different to anything that we’ve seen in other simulation games out there.

I keep writing “in theory” because in practice Lula: The Sexy Empire is exactly, down to the core, what you would expect about a game that describes itself as follows: “So you start up with your attractive girlfriend in a sleepy little town in the desert. But as if that’s not enough: You’re almost broke and the FBI is after you, too. It’s up to you to make the most of your exciting new career as a producer of erotica.“

See, this is the kind of game that people should actually be talking about when they criticise games for sexualisation. Lula tries to be fun, playing up to every cliche you could possibly associate with the seedy adult film industry, but where games like Lollipop Chainsaw, Bayonetta and even Dead or Alive are satirical and self aware, making fun of themselves as much as anything else, Lula’s sense of humour revels in being sleazy.

All of this is meant to be funny, but it’s not really. There’s no context to make it funny, it’s merely smutty for the sake of being smutty, like it’s some kind of in joke that those in the porn industry would get but no one else would. In practice, it’s a game that checks off every criticism that people can have of the treatment of gender in games; from objectification to sex being treated as a reward, to a lack of agency in the female characters and anything else you can think of, and it does all this with no context that defends its presence within the game. There’s no way that the material is even remotely representative of what really happens in the adult entertainment industry, either, so it can’t even claim to be an accurate simulation of the industry. 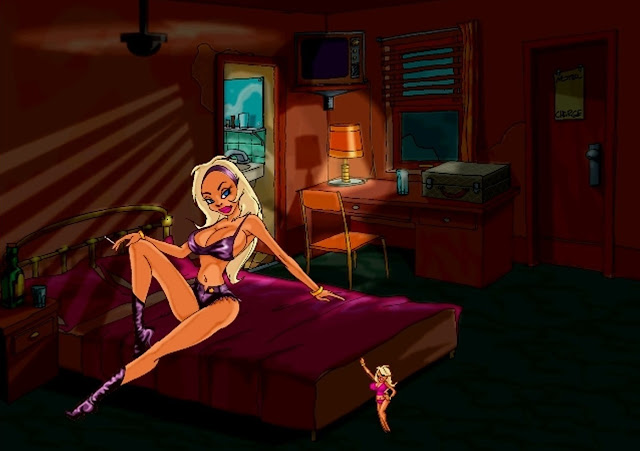 And it is backed up by nothing, whatsoever, of worth in gameplay. As a simulation Lula is broken. There are a handful of ways to make money in this seedy little world, almost no possible “lose” state, and even when you screw up, it’s only a matter of patience to build the cash balance back up again. It’s a bit like Farmville, but with boobs rather than carrots, in that respect. Though you can do more stuff as the empire grows, and get better equipment to do it with, the gameplay loop remains ridiculously limited and unengaging.

And of course this is a very old game, so looks terrible. There is plenty of nudity, and the character designs are so exaggerated and over the top that they come about as long as the game gets to having a bit of self-aware satire to it, but there is so little animation that so few environments to explore that the loops in which you’ll be doing stuff will get tiring very quickly. And it should go without saying that not a single moment of this game is “sexy.” In that much, at least, Lula is accidentally a perfectly accurate representation of the porn industry, since there’s nothing sexy about that either.

I do genuinely believe that there is potential for a game to explore the world of pornography and adult entertainment and make a decent simulation game out of it. As I noted at the start, it’s a genuinely fascinating world, and something that hasn’t been explored properly in a game before. But Lula’s just trash. It’s not satirical or insightful. It’s not really funny. It’s certainly not sexy. It’s just not that interesting.