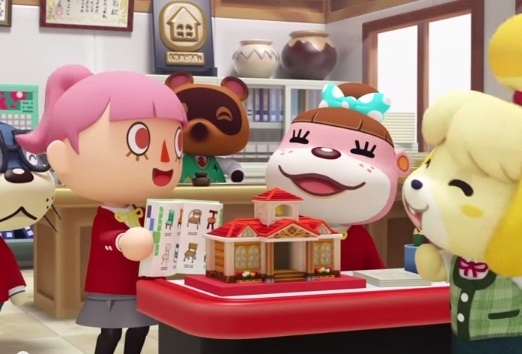 Ever since it was first unveiled, Animal Crossing: Happy Home Designer has been castigated by a vocal crowd and endured the label “placeholder spin-off”. Frankly, the paranoia that led to this reputation is justified. After all, boiling Animal Crossing, a sandbox game with an obscene degree of freedom, down to one activity already omnipresent in every prior game is a recipe for undermining the appeal of the series. Yet through that peculiar brand of Nintendo magic, the company has found a way to make Happy Home Designer feel like not just an distinctly “Animal Crossing” experience but the next big thing in its own right.

As the title implies, the game isn’t a follow-up to 2013’s stellar Animal Crossing: New Leaf but a companion title of sorts. That game thrust players into the role of town mayor but granted them all the requisite liberties of the unwaged; political duties always played second fiddle to the personal whimsy the franchise is known for. In Happy Home Designer, you’re foremost a designer and if you’re not happy with it, you’d best go home.

Related reading: Matt’s thoughts on why Animal Crossing: New Leaf might be the perfect game
Now serving as a newbie decorator for real estate big shot Tom Nook, your goal is to decorate homes according to criteria designated by business clientele. Clad in a workingman’s tux, players offer their real estate expertise to wayward animals on the streets. The game even ditches the 24 hour clock feature so that time only really advances by slaving away at work (a bitter dose of reality for fans of happy digital dreamscapes everywhere). It all sounds rather corporate and stiff on paper, but by no means is Happy Home Designer is bereft of that quintessential Animal Crossing spirit. 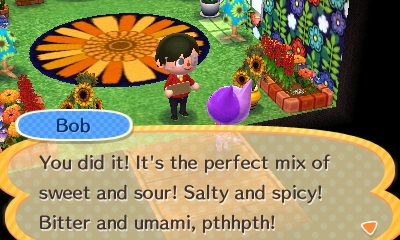 See, “working” in Happy Home Designer is a breathtakingly liberating experience. The act of beautifying homes was one of my least favourite components in the mainline Animal Crossing games, but the developers have streamlined the process so much here through innumerable, immensely functional touch screen shortcuts that I couldn’t help but fall in love. You can search for furniture by name or colour, place multiples of the same item effortlessly, manipulate multiple items at once, and other such joys that aren’t possible in similar games. Were the process of decorating homes identical to prior titles, the game’s appeal would be halved at best.
And when I describe working as “liberating”, that’s no exaggeration. Even though your neighbours will demand you achieve a particular theme when decorating, there’s enough wiggling room to essentially string together whatever you want. The parameters the game provides are just guidelines there to inspire by thinning the possible scope, like an art teacher asking students to use a specific technique but ultimately make their piece individualistic. And since the game does not provide all the tools from the outset, players have to adapt to what’s on offer until they unlock everything. Limitation breeds innovation.
As you amass ingenious new ways to edit homes by pleasing villagers and studying books at the office each day, you develop an appreciation for the fact that each animal has their own unique taste. You can stop by the homes you’ve decked out and, while reviewing your past work, admire just how versatile this one spoke of the Animal Crossing wheel has become. 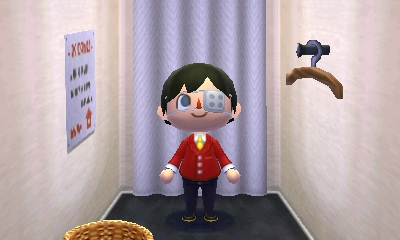 The lack of a score-based judgement system means there are no numbers or statistics to pull your hair out over, but there’s the matter of striving to better your own work by your own standards, be that functionality-wise or presentation-wise. An authentic recreation of the real estate profession this game is not. In this manner, though, Happy Home Designer is absolutely faithful to the franchise’s sandbox philosophy. The game pulls out all the stops to make players want to create and share their deep seeded zeal with others via a myriad of social media options.
So yes, it’s possible to absentmindedly slap down random furniture with no regard for interior design (besides a couple mandatory pieces on occasion) and progress through the game until you’ve had your fill. However, I defy even the most cynical player to tinker with Happy Home Designer’s veritable arsenal of tools for an hour or two without nursing an earnest passion to satisfy clients using your resourcefulness. Just dropping one piece of furniture onto the touch screen’s grid jogs the mind and before you know it you’ve spent an hour designing the ice cream parlour of your dreams for no other reason than “because I can”.
Upon finishing a home, the game also devotes a solid thirty seconds to a minute of time to a video montage that showcases the mammalian resident enjoying their new abode to the fullest. You’re free to take snapshots of your client as he or she performs menial tasks such as browsing the internet or taking a nap but spreads glee all the while. It’s a feel-good, therapeutic magic to bask in that never quite grows dull. 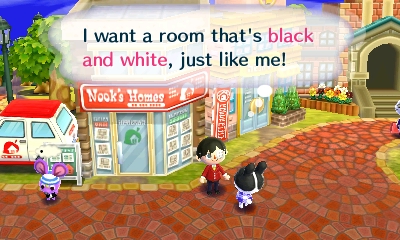 Frankly, though, if the entirety of the game was to decorate the same pre-defined villager grids ad nauseum, the game would grow tiresome before long. There’s a deeper element of progression introduced by the various town structures you can develop such as schools, cafés, and department stores. You can then visit these establishments freely and watch how a couple of construction sites transform into the most dynamic, multifaceted city in Animal Crossing history – and with your inimitable artistic vision on every last doorframe, no less.
As for the amiibo cards that Nintendo is fervently pushing alongside the game, well…they certainly exist, I guess. Each one features a charming little portrait of a villager or special animal that can be scanned into the game, allowing you to furnish a house for them. Like with amiibo, the real joy is for collectors; only card collectors need lose sleep over whether to buy that NFC adapter bundle. If nothing else, the situation is galaxies better than the Game Cube days when you needed the cards, two Nintendo consoles, a cross-system link cable, and an eReader just to get some trivial gift from an animal pal.
Animal Crossing: Happy Home Designer isn’t going to dethrone Animal Crossing: New Leaf as the number one game in your 3DS’ play log – not by a long shot. In taking away the scant few of the franchise’s stressors, however, it becomes a profoundly therapeutic life simulator that respects and rewards every millilitre of creative juice you pour into it. It’s a stop-gap on the road to Wii U/NX but a detour that won’t soon be surpassed.