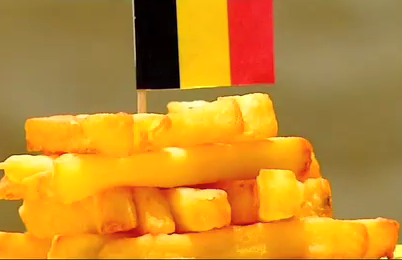 After a week of obsessively immersing myself into my two most recent infatuations, Danganronpa: Ultra Despair Girls and World of Warships, I decided it was time for a little change in scenery. Undocking from the comfy mold of my posterior in the living room couch, I hopped on the train and headed for the historical city of Antwerp on a warm and bright Sunday morning to attend this year’s Gameforce.

As an up-and-coming game convention, Gameforce was host to many major publishers and platform holders; with Sony, Activision, Ubisoft and company bringing their respective behemoth franchises and franchise prospects. Surrounded by the games that are sure to dominate public interest (and sales) in the next few months, I did what any sane person would do, and avoided their overrun booths like the plague. Instead, I thought it would be interesting to see what other, smaller developers were up to. I wasn’t disappointed.

The first booth I encountered as I entered the building turned out to be the one where I was to spend most of my time. This little booth was dedicated to a collection of games developed by small studios operating in Flanders (the Dutch-speaking northern part of Belgium). While I was familiar with some Belgian studios such as Appeal, developers of the technological and artistic masterpiece Outcast; Larian Studios, responsible for the growing Divinity series; and Tale of Tales, a small team devoted to exploring games as art and featured in Matt’s Game Art book; I was, however, shamefully unaware of what our other local studios had to offer.

What follows are just some of the highlights. 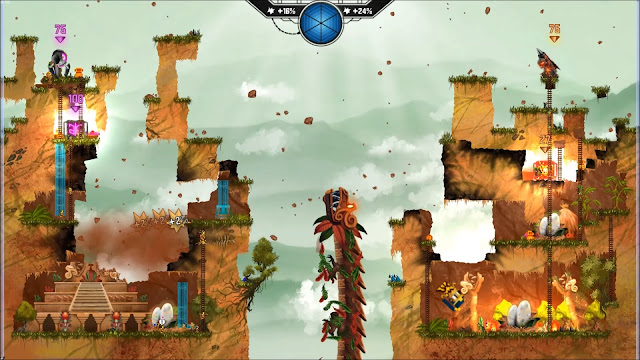 Oh, boy. After all the effort I put into recovering from a crippling addiction to Worms Armageddon in my younger days, it looks like I’m set to fall off the wagon.

As I pick up the controller, I am asked to select a map and a robot. Apparently you are an alien, killer machine invading an ancient Mayan civilization, because why not?! My opponent, a young boy, and I are dropped into a single-screen, destructible map and tasked not with destroying each other, but destroying each other’s core; a glowing, box-like object dropped somewhere behind you.

In order to do this we are given four basic abilities: two unique abilities tied to your robot, and two common abilities. My robot’s unique abilities were rockets and grenades, while the common abilities consisted of jumping and building. The building ability allows you to… well, build Tetris block-shaped pieces of land to protect you and your core from enemy attacks, or to use as vantage point for your offense. Every now and then a wheel would pop up, spin, and give us a random special weapon as well. While the game is turn-based, turns are actually taken at the same time. This means that both you and your opponent are making decisions simultaneously. The considerably short time you get to make decisions result in a frantic, exciting pace.

After crushing the young boy’s hopes and dreams and hearing the lamentations of his parents, I had to stop myself from getting back in line to play again. It’s easy to draw parallels between Mayan Death Robots and the Worms games, but it sets itself apart in important ways. With its addictive gameplay, its gorgeous art, and its great sense of humour, Mayan Death Robots is a game I will be keeping an eye on for sure. 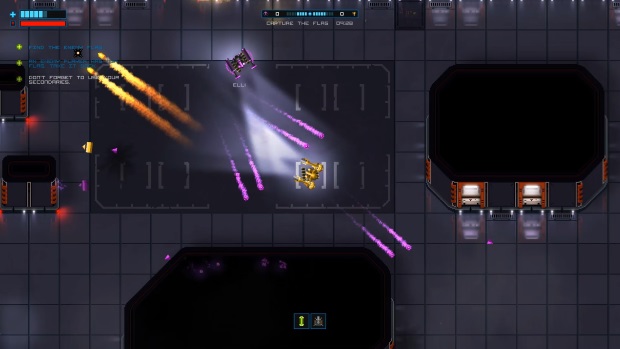 Broken Bots, too, tasks you with picking a killer robot and drops you into a frantic battlefield. The gameplay and art style is reminiscent of Hotline Miami, with its old school—and sometimes psychedelic—graphics and hyperactive, top-down shooter mechanics, but its concept is that of a classic multiplayer shooter.

Capture the flag, team deathmatch, and king of the hill game modes are all available for both online and offline modes. Each robot has its base strengths and weaknesses, but as the title implies, your robot is broken! Failing to complete your objectives will make your bot malfunction in fun and unexpected ways. Some of these malfunctions might even work to your advantage if you’re clever about it.

I sadly didn’t have a whole lot of time to try it out, but I liked what I played. Much like Mayan Death Robots, it has an unmistakable sense of energy that keeps you hooked and coming back for “one more round”.

Developer: Catlab Interactive (https://www.catlab.eu/)
Platforms: Beta is available on any device with a screen, browser, and Internet connection 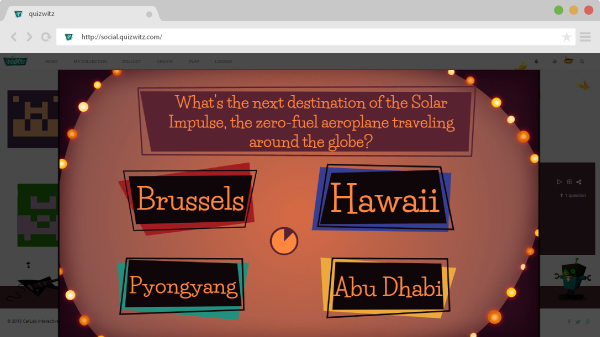 As I attempted to scurry through the crowds towards the food area in order to partake in a pack of delicious Belgian fries—you haven’t really had amazing “French” fries if you haven’t had ours—I was suddenly approached by suspicious-looking youngsters in white lab coats. Ignoring the flashbacks triggered by distant childhood trauma, I allowed them to sit me down on their couch, and hand me a tablet. Around me were three other confused souls, each holding a tablet or a smartphone. “Enter the code displayed on the TV,” they said, and so I did, and before I knew it I was having fun.

Enter QuizWitz, a project by Ghent-based CatLab Interactive that is trying to do what quiz games do better than any other game: bringing family, friends, and quiz-lovers from around the world together to have a great time.

While it is true that quiz games are a dime a dozen; with Facebook, smartphone app stores, and websites absolutely infested with them; they are, sadly, for the most part inferior experiences.

Moreover, they’re usually designed around single-player, and tend to offer asynchronous gameplay that allows you to challenge friends to beat your score. Hardly the most social experience.

QuizWits allows any device with a screen and Internet browser to log on to its website and start a quiz. Those who wish to join a game, just need to open the browser on their internet-enabled devices, surf to a specific website, and enter the session code provided by the main screen. The ease of use, the incredibly accessible nature, and the community features that allow members to create and share quizzes remind me of Osu! and have me really excited for the next family party or get together with friends.