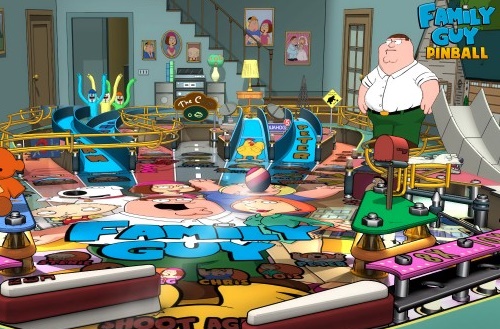 The latest collection of tables to the Zen Pinball 2 platform are based on some “modern classics” of American animation; Family Guy, American Dad, Bob’s Burgers and Archer. This is both a blessing and a curse.

It’s a blessing because there is an utter wealth of quality material that the developers had to work with to spin these into fun, entertaining tables. If you happen to be a fan of any of these shows, then you’ll get more than a couple of giggles from them. I love Family Guy, for example (or the early seasons, at least), and I laughed out loud the first time I knocked the ball into Peter Griffin and he rolled on the ground just how he did in a particularly memorable episode of Family Guy.

Each table displays Zen Studios’ customary eye for quality pinball design, featuring a good mix of easy scoring opportunities to get people hooked in, and then some challenging objectives to shoot for to grab the really high scores. And, in a very abstract fashion, each table also accurately reflects the personality and character of the show it’s based on. Archer and Bob’s Burgers have a distinctly different atmosphere to one another that goes far deeper than a difference in visual and audio design, for example. I’m not going to claim that any of these tables are the pinnacle of Zen Studios’ work – that title goes to Portal, easily – but there’s nothing that stands out about them that’s unenjoyable, either. 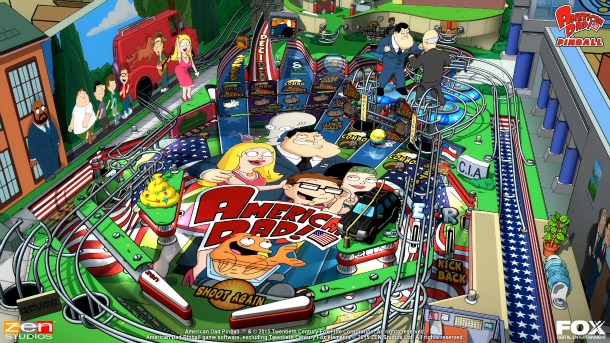 But attaching themselves to satirical shows like Family Guy or American Dad is also a curse for Zen Studios, too, because the team is stuck with material that is anything but universal in appeal. Marvel or Star Wars worked as a license for Zen Studios precisely because they have an appeal that is as close to universal as entertainment comes. But I look at my collection of Zen Pinball tables and there is just one that I don’t own; the South Park table. And I don’t have it for that exact reason; South Park simply doesn’t appeal to me, so the pinball table based on it could be the best one ever designed, and it would still hold no interest to me.

There’s also the problem with attaching yourself to a satirical franchise that, at some point, the humour that is present on the table through sound bites and the like stop being funny. A pinball table is not the same as a serial TV show, in that pinball is a fundamentally repetitive activity, and we all know what happens when a joke is repeated over and over and over again.

I don’t think Zen Studios is running out of steam with its pinball engine and platform. Far from it. I can think of a nearly infinite number of other franchises that I would dearly love for Zen to work on. If Zen were to collaborate with Lord of the Rings, Star Trek, Nintendo, Square Enix, or any of dozens of other beloved franchises, then I would be the first one signing up to play them. But for my mind this particular package is limited in appeal to only the most committed fans of each series. The kinds of fans that could watch the same episode of Family Guy, American Dad, Archer or Bob’s Burgers over and over again and not actually become bored with it.

But it is still fun to try and beat friends and family on the leaderboards. Long live pinball.