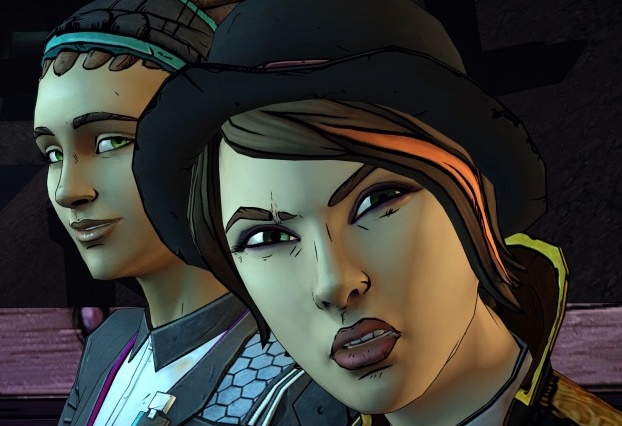 Tales From The Borderlands: Episode 4: Escape Plan Bravo packs a great deal of humour into a single episode, but also manages several touching moments with characters while keeping the plot rolling. The best episode in what is shaping up to be the most balanced Telltale Games effort yet delivers yet again.

Related reading: Of course if you’re new to this series you’re best off checking out the first episode. Nick’s full review of that one.

Seeing as this series has not yet concluded, it might be too soon to say that this is my favourite of the Telltale Games library, but so far Tales From the Borderlands has been consistently excellent from start to finish. That is not to say that it is perfect, but it is a satisfying offering that managed to defy my expectations, and is doing so in a good way.

First and foremost, almost every one of the Telltales Games series seems to let me down in the second to last episode. The writers are usually gearing up for something big and as a result, the penultimate episode usually winds up going nowhere fast as it sets up what is to come. It almost always pays off with a spectacular finish in that set-up episode, but the pattern has become so dependable that I really went into Episode 4 expecting the story to fall flat.

That so did not happen. 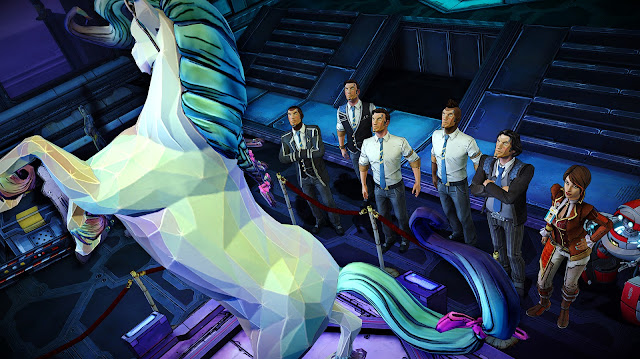 Something about Tales From the Borderlands has been setting this series apart from Telltale Games’ other titles. Most of its properties are quite serious, with moments of humour punctuating a thick levity throughout the majority of the narrative. The Walking Dead, The Wolf Among Us and Game of Thrones are all excellent games and I enjoyed the narratives a great deal, but the vibrant colours and personalities found in Tales From the Borderlands has made this series stand out from the others.

Of course, the humour might not resonate with everyone. If you enjoy the slapdash world in the actual Borderlands games, you will likely feel right at home here as the excellent voice cast continue to bring characters like Rhys and Fiona to life. From a narration standpoint, the biggest disappointment is the departure from unreliable narration. Tales From the Borderlands has never relied on this storytelling mechanic to the same extent that other narrative-heavy games like Steins;Gate has. Rather, it was more a throwaway function for the purposes of humour, similar to what we’ve seen in the recent King’s Quest reboot. Leading characters, Fiona and Rhys in the prior episodes had a tendency to each get used exclusively for longer stretches of time, and the hand-off from one character to the next usually revolved around one correcting the other about their interpretation of the events. That happens less here, as our two main characters are on their own and out of contact with one another for only very scant periods of time, but the dialogue and ridiculous scenarios they find themselves in deliver.

The stand out scene is a gunfight… without guns. The video of this scene has been populating Facebook pages this last week and for good reason. It’s a clever parody on expectations of what we see in videogames and it is funny. Sure, it is also ridiculous, but it fits and is in good fun as our characters move away from the savage world of Pandora to the more ‘sophisticated’ Hyperion. Hyperion however, has its own share of potential dangers, both physical and from those who might not be as trustworthy as Rhys once thought. The story becomes more of a heist job during this chapter, and it is interesting to see Fiona out of her element and Rhys more firmly in his after the situation was reversed for most of the prior three chapters. 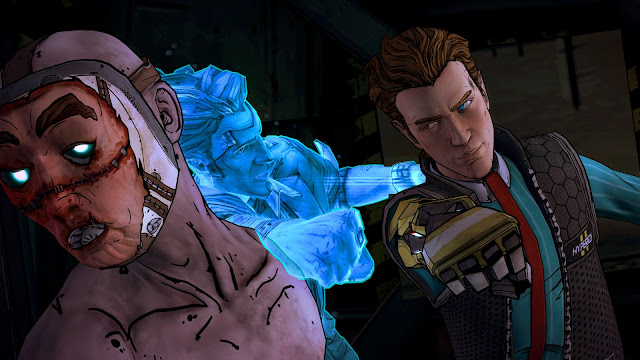 Tales From The Borderlands: Episode 4: Escape Plan Bravo surprised me, avoiding some of the narrative traps that I have seen Telltale Games repeatedly fall into up to this point. Here is hoping that the finale finishes on an equally strong note. If it does, this might just be remembered as the studios’ best offering to date.