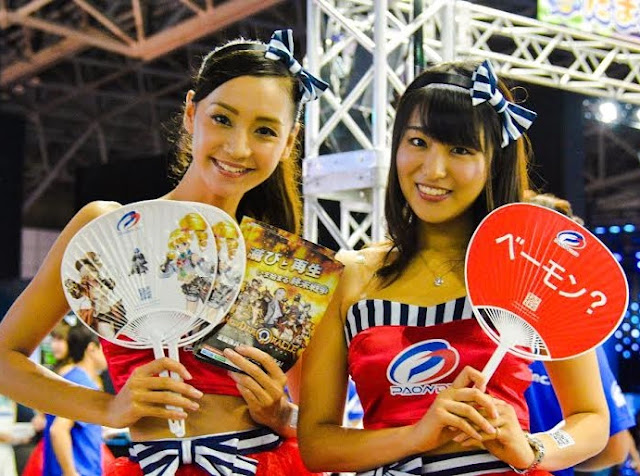 One of the oddities about TGS when compared to game shows elsewhere in the world is that TGS organisers allow, if not outright encourage, “booth babes.” Every single major booth at the show had brightly costumed men and women handing out promotional material, posing for photos, and otherwise being of assistance to passersby.

I’m not going to comment much on the practice. I know other game critics will (or already have), but I’m not a big fan on passing judgement as someone from the west on the cultural context that leads to something like “booth babes” at a gaming expo. What I will say is this: they liven up the place. They are part of the fun. The crowd themselves during the public days do exactly the same thing in dressing up as cosplayers and the like, so to me it rings very hollow for those conventions that encourage cosplayers then ban the exhibitors from hiring people to dress in costume.

But moving on from that, I took plenty of photos of the booth models and characters while I was at TGS, so over the next two days I’ll post up galleries of my favourites. Apologies for the slightly low quality of some of the photos: it was very dark in the halls, and there was a lot of inconvenient backlighting going on, so they’re not my finest work (not the fault of the camera, I promise!).

So, without further ado: