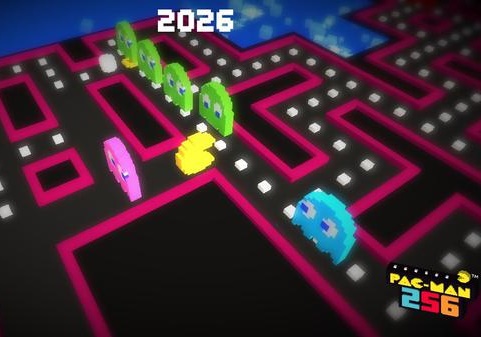 You’ve got to hand it to the Aussies. Despite the exceedingly difficult couple of years the local industry has had, the local development community knows how to work the mobile platforms. From Fruit Ninja to Flight Control, Epoch to Gamebook Adventures, Aussie developers have a heritage in crafting hit mobile games with small development teams.

Crossy Road might just be one of the biggest Aussie games of all though. A remix of the classic, Frogger, Crossy Road is a perfect combination of a maddening high score arcade challenge and an endless stream of addictive unlocks and rewards.

The team behind Crossy Road are back with Pac-Man 256, a game we reviewed very positively recently. I had a sit down for a brief chat with Hipster Whale founder, Matthew Hall, to chat about where the game came from, what it was like working on Pac-Man 256, and whether we’ll see this game land on consoles at some point in the future (because it would be perfect for it).

Digitally Downloaded (DD): Obviously Crossy Road was a massive success, but how did that lead to the development of Pac-Man 256?
Matthew Hall (MH): Bandai Namco contacted us not long after Crossy Road was released. They really enjoyed Crossy and were wondering if we might be interested in working on a PAC-MAN title. This made us a little nervous as PAC-MAN is a title we love and respect. We spend time putting together a short demo of what an endless PAC-MAN could be which game us (and Bandai Namco) the confidence to proceed.

DD: Why do you think Australian game developers have been so potent in the free-to-play space on mobile? Between Firemint/ Firemonkeys, Halfbrick and now yourself this country’s games industry seems to be producing an endless stream of high quality mobile games.
MH: We just have a large number of passionate independent developers here. After the GFC in 2009 and the death of the “work for hire” studio culture there were a lot of great game developers looking for work forming little studios as well as Firemint, Iron Monkeys and Halfbrick who saw what was coming and quickly adapted to the new mobile marketplace.

DD: Was it difficult to re-imagine something like Pac-Man into the context of a modern arcade game? How did you come up with the concept for the game?
MH: The idea of “endless” PAC-MAN seemed quite obvious to us, Bbut ideas are nothing without perfect execution. We put together an endless PAC-MAN demo which had promise and then continued to iterate throughout development. Once we had both the “glitch” concept down as well as the simplified ghost AI we felt we had a pretty fun game. 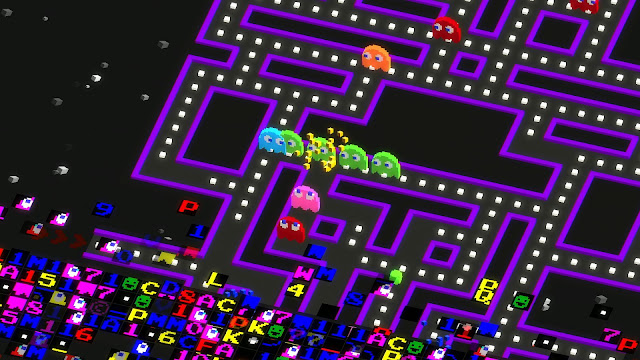 DD: As with Crossy Road, this one seems to be very generous on the “free” side of the “free-to-play” mechanics. Given that people don’t actually need to pay to experience any part of the game, how can you be sure that people will want to pay for it?
MH: Well you can’t be sure of anything! A developer just needs to make sure to do as much as they can to encourage people to play. Making a strong game is super important. If people don’t like what they’re doing they definitely won’t pay!

DD: I love the isometric art style, which obviously shares similarities with Crossy Road. Where did this art style and engine come from?
MH: Qubicle is the engine that we use to do the art. I discovered the tool quite a few years back when I wanted to start producing 3D art for a title I was working on. I had no prior 3D package experience and “speed” was the key here. It had a Unity exporter built in and I found I could pretty quickly put together prototypes with it.

DD: Pac-Man 256 is a more action-based game than Crossy Road’s semi turn-based movement. Was it challenging to adjust the engine so that it could run in real time while keeping the controls this slick?
MH: Crossy Road and PAC-MAN 256 share almost no code! Though we did closely reference the code in Crossy Road to handle swipes as I had spent quite a lot of time on that! The controls however are quite different in that Crossy Road requires “tap tap tap swipe” to play whereas PAC-MAN is all swiping and a lot of sideways and backwards movement. There are a lot of other games that use a similar control scheme so we just wanted to make a game that controls as well as those. 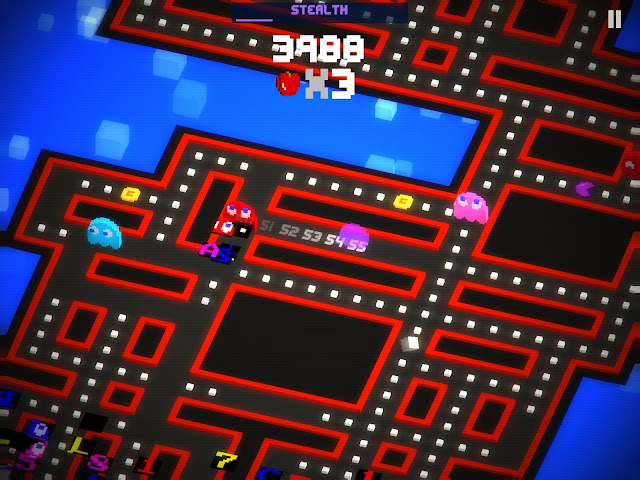 DD: As much as I love these games on my mobile devices, when are we going to see Crossy Road or Pac-Man 256 on console? I could see a simultaneous four player split screen mode in these games becoming enormously popular (and well worth $10 or so) on console.
MH: We’d really like to do a console version. This is, of course a “mobile first” game. But reception to the title has been really great, so fingers crossed for the future.

DD: Do you have any other classic games that you’d like to put the Hipster Whale touch to? I’d love to see what you could do with Space Invaders, for example.
MH: Our last couple of games have been arcade throwbacks sure, but we’re definitely keen to work on other types of game experiences. Andy and I play all kinds of titles from 48 hour game jams to AAA. Tonight I’ve been playing Until Dawn which has been fascinating. The game that has most impressed me in recent years is Terraria which I find extremely hard to put down. It’s so well structured and each major update has really bought a lot to the game. It would definitely be my “desert island disc.”

Experience wartime survival through a child’s eyes in This War of Mine: The Little Ones