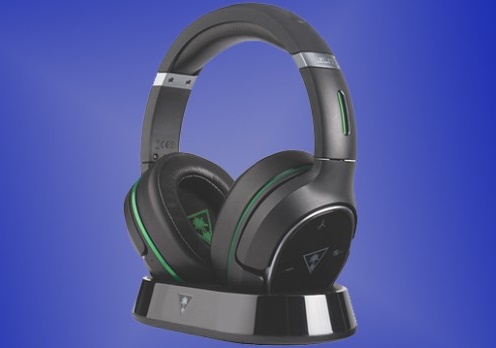 Headsets essentially have two jobs – one is to make a game sound better and another is to allow communication with other players. Certainly there are other things to take into consideration, but at their core, these are the two primary things of importance. The Turtle Beach Ear Force Elite 800X began as a tale of two reviews based on this, but it came to a happy conclusion.

Our story begins kindly enough. The Elite 800X headset is a little heavy, but it has a solid, durable feel to it. I like that in a headset, personally. Too light, and they are like a kid’s toy waiting to get broken. No such concerns here, as the headset’s construction give the distinct impression that they could take a tumble without being broken.

The headset is quite comfortable despite that weight. There is a strip of foam underneath the band that stretches over your head that helps to support that weight. The earphones are flexible and the band can be extended, helping the Elite 800X to conform to your head with minimal fuss. The foam ear pads are incredibly comfortable. They do get a little warm after several hours of using them, but I have had headsets that turn into hotboxes on my ears, and these ones did not do that to me. Little touches like being able to swap out the plates on the sides of the headset are appreciated as well. 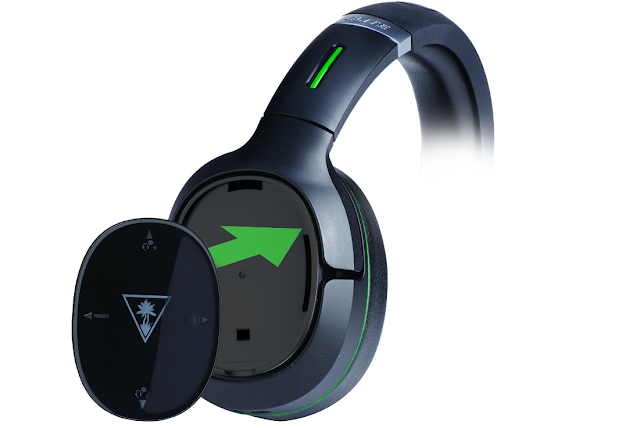 Beyond the usual dials and cables that come with a headset, there is a nifty magnetic charging stand that you can use. I have seen headsets come in a variety of shapes and sizes, and this holds true of their respective stands (if they even have any). This is one of the coolest yet, as it is a very low profile (it only rises up off of the shelf by a couple of inches). They are magnetic to hold the headset in place and they charge the Elite 800X without requiring any kinds of cables. I have a fair number of headsets scattered around both my home and office, and most of the wireless ones with rechargeable internal batteries have a needlessly long two to five foot cable that just bunches up on the floor or shelf nearby. It is a subtle thing, but one I could appreciate.

While discussing designs and extras, I also feel that it is worth noting that this headset can be used with mobile devices as well. Usually you see this as a wired feature, making use of an input jack and an audio cable. The mobile device needs to support Bluetooth, but the headset pairs quickly and easily and works well with a handful of devices. We tested it against an iPhone, an iPad and a Kindle tablet and it synced up well with all three of the devices.

Then came the audio itself. When we began our story, I noted it as one of our two most important aspects to any good headset. In most ways, I consider it the single most important, because there are times I simply want a pair of headphones so that I can listen to my music, movie or game. I use the microphone in a headset far less often, so the audio quality has to impress me since I put so much focus on that aspect. To that end, these might be the best-sounding headset I have used to date.

They are designed with surround sound in mind, promising 7.1 channel surround. Wireless seldom delivers on surround sound properly, but the Elite 800X does so in spades. The base is outstanding, again perhaps the best I have heard in a gaming headset. Whether a nearby building was collapsing or a ferocious dog nearby was emitting a low growl, the bass delivered the kind of deep, gravely sound that really immersed me in the experience. The rest of the audio holds up as well, whether listening to movie or to music. Spoken dialogue has the appropriate pop, you can crank these puppies as loud as you like and you do not get any distortion.

Further assisting the audio are different audio presets including a feature called Superhuman Hearing. This is how they describe this feature: From footsteps to reloads, Superhuman Hearing ensures you hear it all. For reloads it was not such a big deal to me. Footsteps, though… now that is that cool. I tend to play a sniper in shooting games, so a) hearing enemies coming and b) because of the quality of the surround sound, hearing where they are coming from, actually meant these headsets game me a competitive upper hand when playing shooters.

Then our narrative takes a turn as we start to discuss the microphone. At first, I loved what I saw. Some headsets have retractable booms. Others have microphones you can take off. Others simply leave them jutting out in front of your face, looking a little awkward if you want to use the headset as headphones and simply listening to music. Here a microphone was built into one of the ear cups, set into it so it did not protrude out and get in your way. The idea was great. Without a microphone sticking out of the devices, you are far less likely to pick up breathing sounds while you play, it does not look strange, and it will not get caught on anything and break off. Unfortunately this replacement approach to the microphone is not sensitive enough right out of the box. 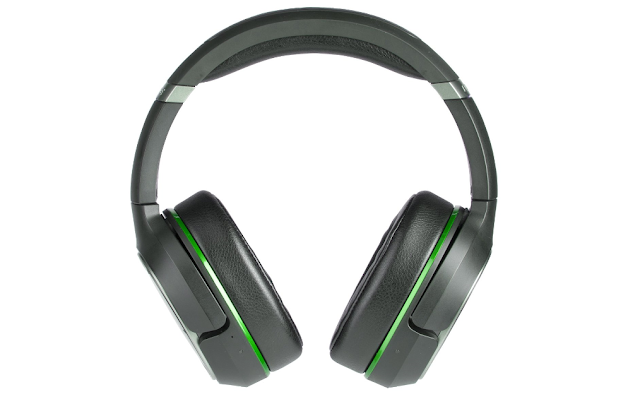 At first a couple of my friends described my microphone audio as slightly muffled as I spoke to them online. I was aware that there is a firmware update for this headset, which I did install. Apparently this was an issue with the headset right from the beginning and it was much more pronounced back then. Credit to the Turtle Beach team for working to remedy the problem by increasing the microphone sensitivity programmatically. Turtle Beach also had some hints and suggestions on its website to assist, and they certainly do help. Making sure that the headset is not tilted at a strange angle was probably one of the biggest helps. I am used to that flexible boom microphone on most headsets, which allows you to tilt the headset however you would like.

There are also some microphone presets that can be cycled through to improve performance. This, positioning the headset in a more specific way and making sure that the firmware updates have been applied all improved the situation. Even so, I would not rank this among the best microphones ever, but it does the job and does it well enough. There is a notable difference when I am in a group with others, where my audio is just not quite as loud as most of theirs. Still, with one of the two more critical components to a good headset threatening to derail my review, I was pleased that we were able to get the audio capture into a solid if unspectacular state.

So as our story concludes, I want to summarise it by saying that I really enjoyed the feel, look and construction of the Turtle Beach Ear Force Elite 800X Wireless Gaming Headset, and the sound quality was incredible – best in class really. The microphone nearly derailed the experience, but recovered nicely enough to make this premium headset one that can still be easily recommended.

Preview: No Pineapple Left Behind (PC)