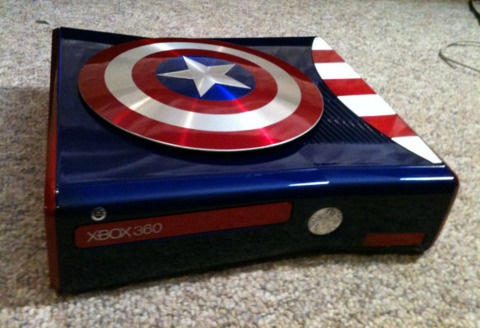 Sony has utter dominance over Microsoft (and Nintendo, but for different reasons beyond the scope of this opinion piece). Reports are that Sony is claiming as much as 90 per cent of some European markets, and we all know how popular the Xbox business is in Japan (hint: not very).

Microsoft seems to see this as an issue. And is keen to fix it. Phil Spencer told Edge Magazine: “When I look globally, mainland Europe is definitely an area we want to focus on.”

“I’m excited about going to Gamescom at the beginning of August, having another press show where we’re able to show games that we didn’t show [at E3]. So you’re going to see brand new games, as well as obviously some repeats, but you’re going to see Scalebound, Crackdown, Quantum Break from my friends at Remedy. From a product standpoint, I like where we are. I think the team’s doing a great job with the games and building a platform for gamers.”

The great irony is that in Spencer’s comment there is the underlying key to the reason the Xbox is struggling outside of America, and Microsoft genuinely seems to be oblivious to it all.

Microsoft is struggling outside of America because the Xbox One would be more appropriately called the ‘MuricaBox, and the company’s single minded focus on one market is leaving the rest of the world cold (shocking, I know). From Gears of War to Halo, Crackdown to Quantum Break, Microsoft is almost exclusively focused on appeasing the Hollywood blockbuster market, and while it has Scalebound, and published D4 to great acclaim, it’s hardly enough to appeal to people that like games beyond the increasingly-generic AAA blockbuster nonsense.

To make an extreme comparison, imagine an Australian company creating a console and then used all of its investment money to create Cricket and AFL games, and an open world game about getting to work on time while using Sydney’s train network (it would make Dark Souls look like a Hannah Montana game, I assure you). I’d buy it as an Australian, but would the console sell in America, Japan or Europe? Of course not.

Say what you like about Sony, but the works very hard to provide variety. It publishes Killzone and Uncharted to check of the blockbuster quota, sure, but it mixes that in with stuff like Bloodbourne and The Last Guardian, and even experimental titles like the work of David Cage and Media Molecule. These games don’t need to be great commercial successes individually, because when lumped in together into a total library of titles, Sony’s first party work and third party support (that Sony very actively works to encourage) provides a wide range of experiences that appeal not only to those that enjoy blockbusters, but those who like everything from the arthouse to the ultra-niche.

That’s why Sony is dominating in Europe. France, Germany, eastern Europe, Scandinavia, and even the UK: these nations are not America and their taste in games and entertainment differs. By insisting on highlighting just one kind of experience through most of its rhetoric and marketing, Microsoft is pidgeon-holing itself into having a reputation for being quite shallow in the range of titles it offers, and that those titles are designed for a single culture.

And that’s before we even start talking about the non-gaming features that Microsoft so regularly touts that are completely irrelevant in many places in the world (Microsoft’s TV strategy and love of fantasy football, for example, is of limited interest outside of the American community). What happens when you try and sell a console with a feature set to a community that doesn’t actually want the feature set? Well, the other guy with a console that actually ticks that community’s boxes swoops in and wins.

None of this is to suggest that the Xbox One can’t be a very profitable console. It can be successful without being popular in Europe. Microsoft’s success across all three of its consoles has always been despite being a failure in Japan. After all, the American games market is, by a significant margin, the most lucrative games market in the world and if you’re an American company and going to focus your resources on one market, than that should be the one you’re targeting. But, if Microsoft is genuinely interested in “fixing” its market share problems in Europe, Asia, and (one presumes without actual proof), Australia, then offering more American games (and Scalebound) isn’t the way to do it.

In a world where Steam exists and PC gaming is becoming ever cheaper and more robust, both Sony and Nintendo seem to have realised that gaming can now have a cultural element. With the monopoly on the “big three” completely broken, players can now demand, through their wallets, that publishers give them games that are of interest to them, and they now know they don’t have to be force-fed Hollywood. Microsoft, one hopes, will also wake up to that reality and broaden its rhetoric and the titles it invests in to appeal to a wider community.