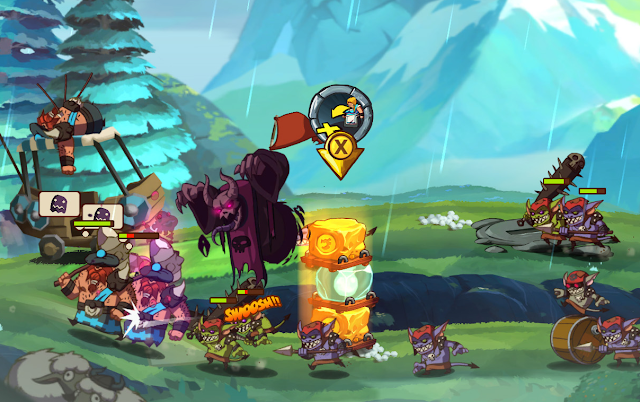 Kebabs. Everyone loves them, even the Vikings, according to Ronimo Game’s latest adventure. Swords & Soldiers 2 once again follows the Viking Redbeard, as he fights against demons, Persians and his nemesis, Blackbeard, so save the world (and his lunch).

The original Swords & Soldiers was released back in 2009, and sought to simplify and streamline the RTS genre by sticking all the action on a two dimensional plain. Swords and Soldiers 2 is like its predecessor in that regard, with your units walking from left to right, attacking enemies as they bump into them as they move from right to left. There is no way to control your unit’s movements, as once they have been produced out of the construction building they only have one goal, and that is to get to the objective at the end of the map. Thankfully, the sequel has kept the same humour that was so prominent in the original release. Nothing is taken seriously, and there is often some smart self-referential jabs to get you chuckling along. And hey, they like kebabs. It doesn’t get better than that.

Your enemy works hard to destroy your caravan. When your units encounter theirs, they fight to the death. Neither side can advance if there is something in their way, and as simple as it is, figuring out how to break through the enemy’s line takes work. Players have to manage their gold and mana incomes, as gold buys units and buildings to assist in the destruction of the other side, where mama uses magic both offensively and defensively to assist in your own troops. Most levels start off with players building up their armies by purchasing units. Once deployed, they slowly start to move across the map. Where the strategy comes into play is this balance of where to spend big. Do you focus on a steady flow of cheap units, or wait and use your gold to purchase stronger units that cost more to produce? Mana can be used to heal your units, call a lightning bolt on a foe, or call a ball of sheep that transports all troops on the battlefield to the front lines. So there’s plenty of different approaches you can make to any given stage. 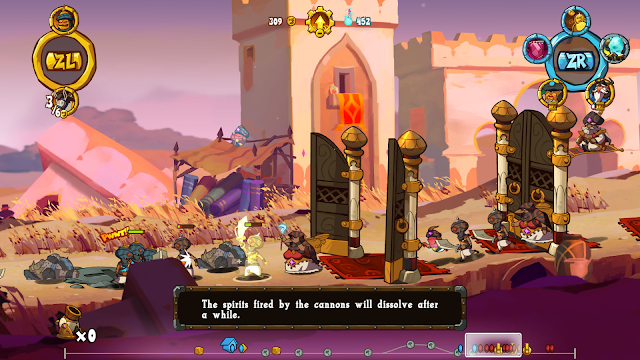 Don’t let the charming cartoon graphics fool you, this is a challenging game. As for most of the game, the opposing side’s caravan is covered by fog of war, and you only see what is blocking your way as your units explore the space. There is a constant flow of hostile units that are sent your way and if you don’t manage your resources correctly, you can easily be overwhelmed and lose the mission. Each level has objectives to complete, which add replayability, with many being seemingly impossible when you first attempt them, but with practice they start becoming more manageable. For players who are less familiar with the strategy genre, there is also an easy mode available.

Like any good strategy game, no matter how much information is on the screen at once, everything is still identifiable easily and quickly. Each unit has its own perks and disadvantages, so being able to quickly see what those are is a real bonus. It is simple, yet smart game design. Perhaps unsurprisingly it is the multiplayer mode shines as the best way to enjoy the game. Two players face off against each other, and if both players share roughly the same skill level, matches can be intense, hour-long affairs. The computer AI sometimes feels too artificial for its own good, so most players will always find more enjoyment playing against a human opponent.

Another downer in the single player game is that early levels don’t do the job of teaching players how to play. They’re introduced in a far too piecemeal fashion, with new gameplay elements still being thrown at the player halfway into the game. Considering there aren’t a lot of levels, it would have been nicer to give players full control much earlier, so the real game isn’t over before it begins. 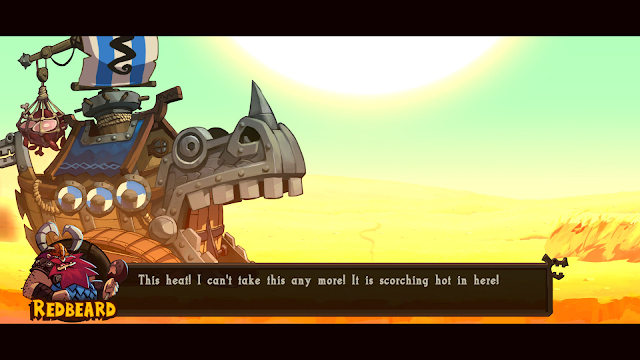 Related reading: For a alternative game with a similar theme, you could aslo check out Zen Studio’s Castlestorm, which is also available on Wii U.

Handholding aside, and beyond failing to offer something truly above and beyond its predecessor, the multiplayer offerings are superb, and Swords & Soldiers 2 is good, reliable fun. It won’t likely be a game you’ll remember a decade from now, but as a weekend buster, you could do far worse than this one.

E3 has not even started, and Nintendo’s made its first E3 announcement