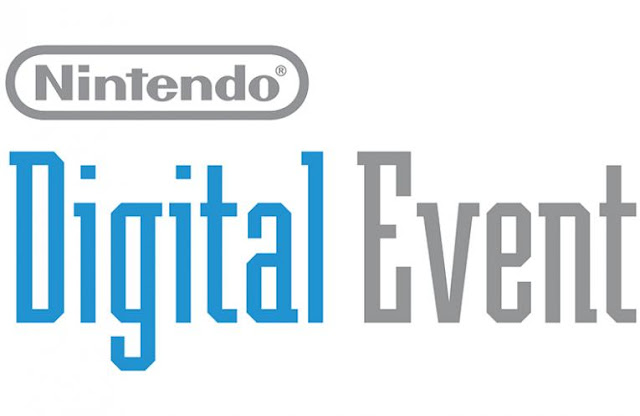 Nintendo is the last up of the “big three” to hit E3 this year but certainly not the least as it has already made a couple announcements and looks to make bigger splash with its full-on annual digital event. It did have a tough act to follow in the form of stellar showings by both Microsoft and Sony, however. Focusing on games set to release in 2015 and early 2016, what surprises did the games giant unveil this year? We’ve laid out the highlights for you below.

Opening
We open with a silly muppet skit featuring the likes of puppet Reggie, puppet Iwata, and puppet Miyamoto. The two prepare for E3 before transforming into Peppy Hare, Fox McCloud, and Falco Lombardi. You know what that means!

Star Fox Zero
The first footage of Star Fox was finally shown to the public. It looks a lot like Star Fox 64 in terms of gameplay, which is definitely a good thing. There will be on-foot segments like an Assault but this time…the Arwings have chicken legs? That was apparently planned for the cancelled Star Fox 2. Miyamoto reveals that Star Fox was inspired by Thunderbirds, the arches were inspired by Japanese shrines, and other neat trivia regarding the franchise’s creation. The Wii U’s Game Pad was a major reason for Star Fox’s revival as the cockpit view on the controller adds new elements. It will make use of both joysticks for maneouvring the Arwing. The Arwing can change between four different forms on the fly. Star Fox Zero comes out this holiday season on Wii U and looks spankin’ great.

Reggie Fils-Aime spoke about how Nintendo is being transformed. The NX will officially be discussed next year. Reggie recapped various information about Super Mario Maker and amiibo. New amiibo will be announced throughout the week. Speaking of which…

Skylanders Superchargers
Nintendo has partnered with Activision. The new Skylanders will feature “Turbo Charge” Donkey Kong and “Hammer Slam” Bowser as playable characters and as physical amiibo. These amiibo can be used in both Skylanders and other Nintendo games by switching modes.

The Legend of Zelda: Triforce Heroes
Announced for 3DS. It’s focused on cooperative play with multiple Links, new costumes for Link such as Loungewear, and a Bomb outfit to enable new abilities. Link is a bonafide fashionista. It looks similar to Phantom Hourglass and A Link Between Worlds in terms presentation. The goal of this game is cooperative play rather than friendly competition like in Four Swords. There’s a “totem” mechanic that allows you to stack up two other Links on your head. This will add new depth to dungeon puzzles. The game will have a single player campaign as well. Online multiplayer is confirmed. It comes out this fall.

Hyrule Warriors Legends
The leaked video from earlier this week. All DLC characters from Wii U will be playable as well as Wind Waker characters like the King of Red Lions and Tetra. You can now switch between characters mid-battle. It comes out Q1 2016.

Fire Emblem If has been renamed Fire Emblem Fates for North America. Lots of awesome CG footage. It comes out 2016 as we already knew.

Another quick trailer for SMT X Fire Emblem on Wii U was shown. Tiki, Caeda, Chrom, and other characters are confirmed with quite a few of the females looking like idols.

A trailer for Xenoblade Chronicles X was shown. The crucial information, of course, is that it releases in North America on December 4th.

Animal Crossing Happy Home Designer was shown. Looks like there’s a great deal of customisation for the town itself, not just inside homes. You can scan cards of characters and give them a home. September 25th for this one.

Animal Crossing Amiibo Festival
There’s…an Animal Crossing board game for Wii U? It’s subtitled “amiibo Festival” according to a hashtag. It uses amiibo of K.K. Slider, The Able Sisters, Isabella, and others. It comes out holiday 2015 and looks rather charming.

Tons of Yarn Yoshis were shown. Buckets of them. Tables of them. I want them all. All were the same standard three colours we’ve seen but they’re as beautiful as ever. The game is said to be challenging if you go for 100% completion.

A trailer for Yokai Watch was shown for 3DS along with its English dub. Comes out holiday 2015.

Paper Mario meets Mario & Luigi in a crossover for 3DS. It sadly looks to reuse some elements of Sticker Star but here’s hoping the M&L stuff will balance that out. Lots of gimmicky segments shown but it apparently uses battle elements from both games. Comes Spring 2016.

Mario Tennis Ultra Smash
The first home console Mario Tennis since the Game Cube. It’s got Mega items to turn characters into giants. Not much else shown besides a holiday 2015 release promise.

Conclusion
More Super Mario Maker. Mario can turn into characters like Wii Fit Trainer by scanning amiibos. An 8-bit Mario amiibo will be released that turns him into a giant. An extra booklet will feature sample courses. September 11th. The conference ended with a montage of people making music to the iconic Mario theme.

Overall, this show wasn’t exactly Nintendo’s finest hour and that’s putting it mildly. There were a couple intriguing announcements in the form of a new Zelda and that sweet-looking Animal Crossing board game, but the bulk of information highlighted games that have been well-established and thoroughly showcased at this point. The Mario Maker ending note didn’t exactly help matters in my book and this show would have worked better as a monthly Nintendo Direct than an E3 showing.

What did you think of the show?