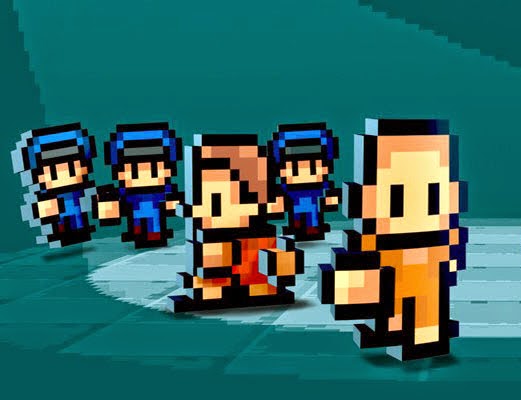 It’s time to wake up, stretch, get a job and make the morning roll call. No, you are not in school or even getting ready for a typical day of work. Instead, you are in prison, and you’re never getting out. Not for good behaviour or because your parole has come up. The only way you’re getting out is by escaping. That is the premise behind this surprisingly dark but entertaining game.

The Escapists has a throwback RPG aesthetics that remind me of games created in RPG Maker. That is not necessarily a bad thing though, because the bright colours and clearly defined tiles/spaces make it easy to navigate your inmate’s surroundings and to interact with the environment. Despite the excellent, almost charming music and pleasant visuals, though, the Escapists has a mean streak running through it. You can craft shanks to use on others and get beat downs from overzealous guards that land you in the infirmary. And if you fail to pull off your escape, you can expect to watch as your prisoner is shot down. 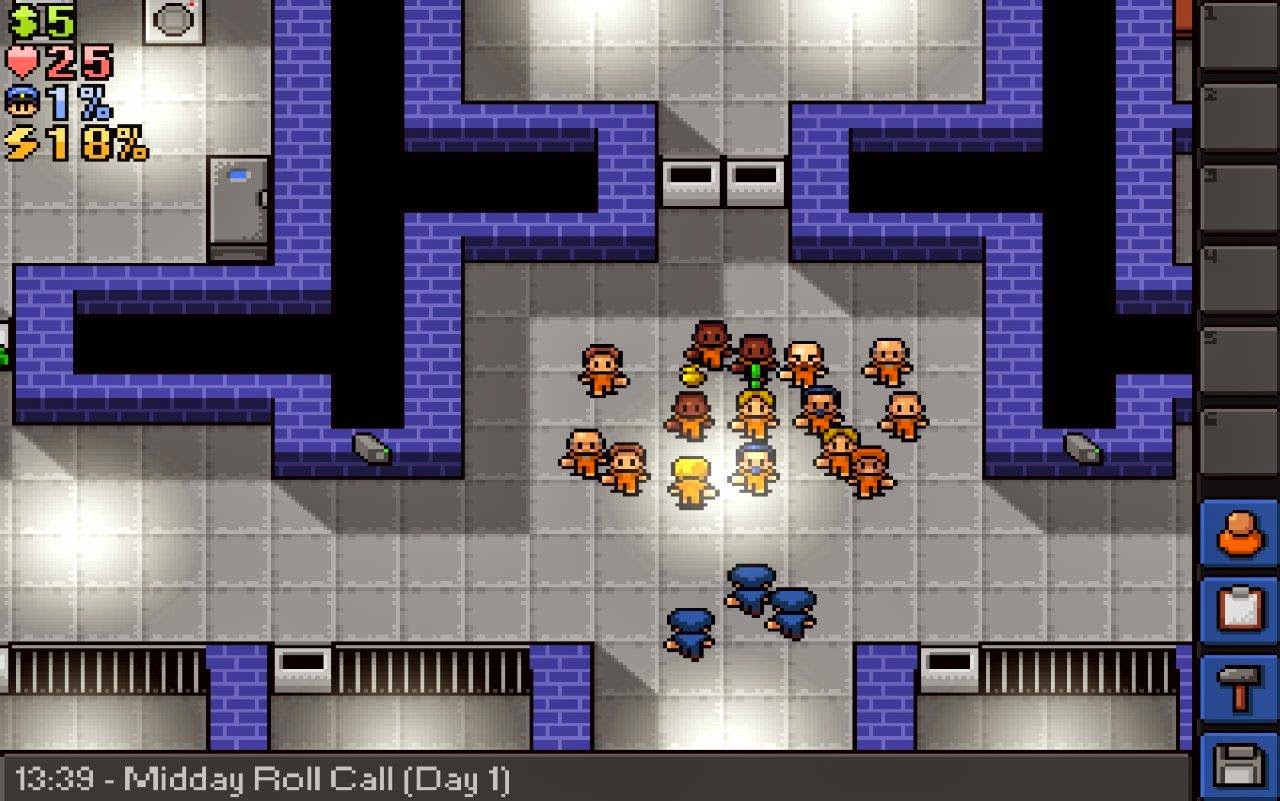 Thankfully some of these darker tones do not take away from the fun and yes, even humour, of the game. When you first fire up The Escapists, it leads you through a very basic tutorial that teaches you how the prisoners function and plants the seeds to a few ideas in your mind, but holds your hand through that first initial prison break. When playing the game for real however, it’s almost a guarantee that mistakes will be made. A lot of them. Some come with more serious consequences than others, but all of them are an opportunity to learn how to better navigate the ecosystem of your prison.

There are three important parts of any prison break in this game. Clearly one is gathering the tools to help you pull off the plan. Secondly, stealth is needed so as to not draw attention to the prisoner. And then finally it all comes down to your execution when the time comes to make a run for it.

Before the break, routine is your friend. Wake up, do the inmate’s work, make meal times, exercise and do nothing to call attention to your inmate. While the mundane nature of this part of the game certainly could have become monotonous, the pace is brisk and there is plenty to do. Whether the job involves laundry, janitorial duty or one of several other jobs, your inmate will have to play along with the rules – at least outwardly. However, there is plenty of time left in the day to operate in the grey area. That’s where interaction with the other inmates is important. 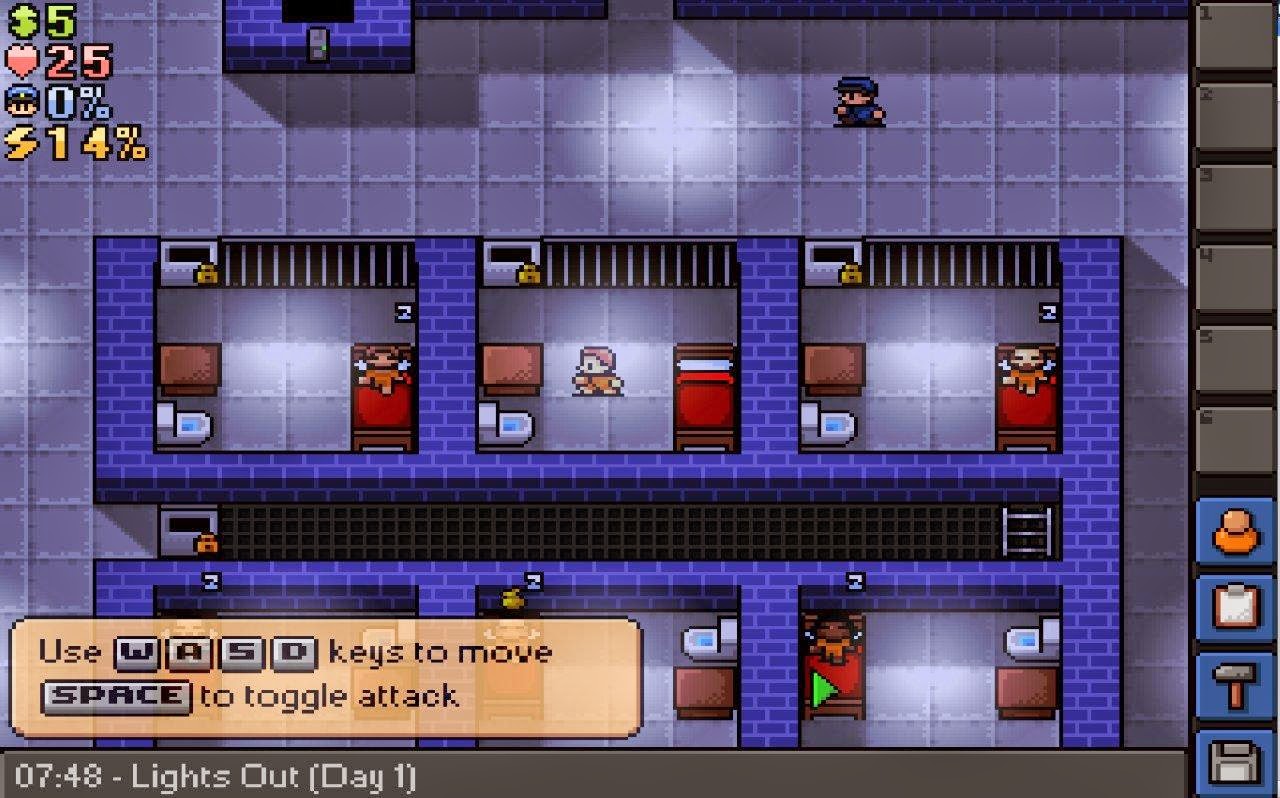 These interactions can be incredibly varied. In once instance, the inmate might be asked to fetch something from another location in the prison, or in another he might need to lift items from other inmates or guards. Perhaps he’ll be asked to stage a distraction. These tasks won’t take long to do, but will help the inmate earn money or items that will be needed in order to execute the escape. Of course, sometimes guards do not play nice. The same can be said of some inmates (it is almost like they were thrown into jail for a reason!). In these instances a very rudimentary form of combat can take place.

Your inmate can gain the upper edge a couple of ways, however. One is by having a weapon. Do you have soap and a sock? Combine them to create a perfect tool for bludgeoning an enemy. It even has the benefit of having no metal parts, so he can walk through metal detectors in the prison unnoticed. And, if he has spent time exercising like he should, then the inmate is stronger and better capable of holding his own in a fight.

What is set up as a routine quickly becomes a series of side tasks to further your inmate’s hopes of escape while trying to remain within in the confines of expected behaviour that guards do not beat on him and take away his hard-earned possessions. Over time different escape routes from different prisons will present themselves. Being successful at this is a matter of careful consideration, because the inmate is not just beating his way out through the guards like an old action movie. 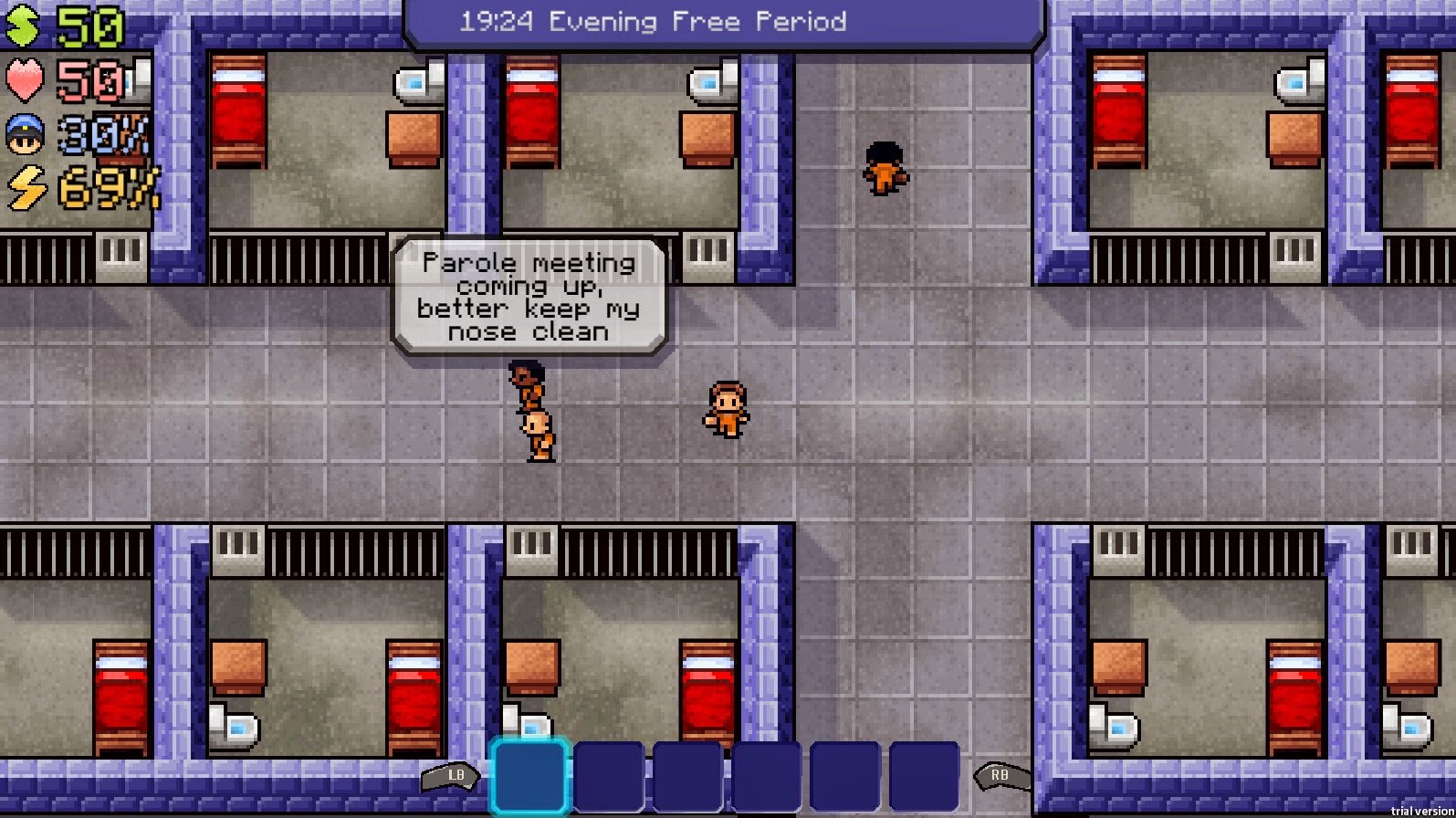 The Escapists is built for smaller sized play sessions. It is a title I could see making its way onto a handheld device like the Nintendo 3DS or PlayStation Vita, but it looks and plays just fine on the big screen with an Xbox One as well. I enjoyed my brief play sessions, but admit that victories – while fun – felt a little empty from one play period to the next. Perhaps it is my fascination with progression found in RPGs, strategy and sports games, but here progress is wiped clean in The Escapists with each new prison escape attempt, and that did dull some of the shine for me after several escapes.

While the visuals and combat are quite simple and not blow you away, The Escapists provides a surprisingly deep game that offers plenty of room for creativity despite the illusion of a rigid framework around your inmate’s daily activities. This makes for a unique guilty pleasure worth spending your time on. Just don’t get caught.

Yet another good-looking Warhammer game announced