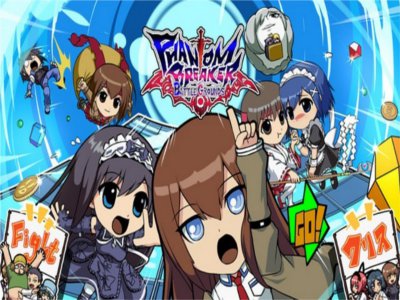 Why developers still insist on locking away harder difficulty levels is beyond me. Here we have a novel 2D beat ’em up that oozes style through and through, but its flashiness is soon overshadowed when all the player does is near-mindlessly tap away at the same two or three buttons.

With Phantom Breaker: Battle Grounds, this is so frustrating because the mechanics are more intricate than they initially appear to be but players are expected to sit through lengthy monotonous play sessions in order to even discover this, let alone benefit from the varied play styles.

Oodles of beat ‘em ups out there are serviceable despite being straightforward romps from left to right but Phantom Breaker is not content with conformity. Given that the series actually has its roots in the realm of fighting games, the mechanics in this offering are refreshingly intricate when applied to a 2D beat ’em up instead. This means you’ve got a whole slew of attacks to work with, complex blocking, super meters and, most satisfying of all, the ability to chain together a lengthy series of combos that pack a serious punch on hordes of foes. 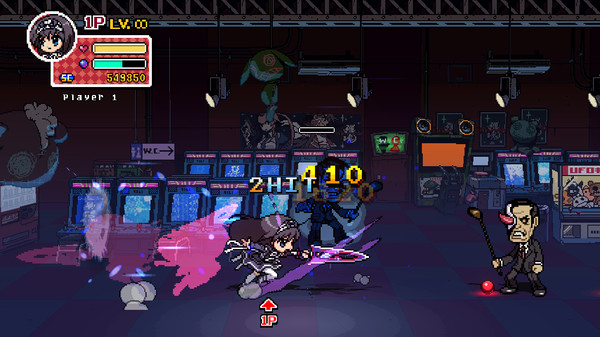 It’s just a crying shame that all of this system’s potential has to be manually unlocked first. Obviously that statement is a subjective one and going to vary depending on your familiarity with the genre, but once I found a couple of moves with each character that could exploit the enemy AI, the experience became a mindless button masher on any difficulty below Nightmare. Many players will inevitably form their impression of the game during the hours-long story or arcade modes and because even “hard mode” requires minimal thought.

Even some of the more overt design choices feel frivolous without the difficulty required to utilise them. Enemies occupy two different planes in a manner similar to platformers like Mutant Mudds, and you can switch between them at will, but the impatient AI means they’ll come to you and so there’s rarely a reason to switch outside of boss battles, which have patterns that do require you to switch back and forth. It’s more a liability than anything else as it means one more button to chase down the occasional foe that refuses to cooperate. Crank the challenge up a notch, though, and suddenly the extra space granted by having two dimensions to swap between is essential to weave around threats and limit the foes on your trail as much as humanly possible.
There’s also a JRPG-style character growth system that should, in theory, add a ton of value. Powering up your fighter is done in a manner reminiscent of Castle Crashers and you have to weigh the importance of agility, power, defense, and super moves depending on your play style. Or you could randomly pick any option on the easier difficulties and it would make the experience even tamer. It’s also possible to readdress how your stats are allocated after the fact (with some limitations, anyway) and this sort of experimentation makes overcoming tough boss battles quite the engaging pastime. I wish more titles in the genre featured a similar system because it’s a neat way to help players win without outright handing them the victory. 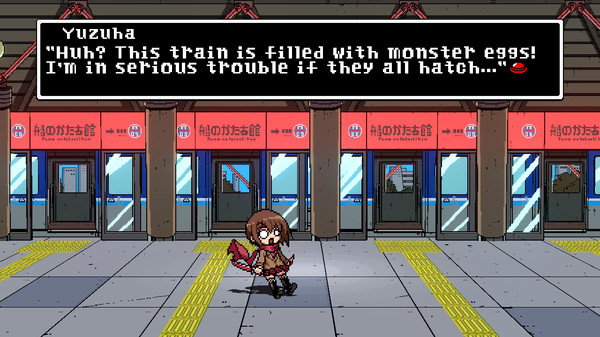 Strategy and skill be darned, though, the game will still grow dull before too long unless you’re absolute genre diehard. Most levels are massive, sprawling ones that simply overstay their welcome by offering little more than new faces to pummel in. The nature of the level-up system also means that, even on high difficulties, your enjoyment will probably decline before level 50. And given that level 40 can be achieved in a single playthrough of arcade mode, you’ll have to rely on multiple characters to get any long-term value from this one until the level cap increases. It’s a shame those characters aren’t a tad more varied because there’s a good number of them and they’re all well designed despite the barely coherent plots surrounding them.

What kept me glued to the game, however, was the aesthetics. A good beat ‘em up ought to captivate the player in some manner beyond bashing faces in and Phantom Breaker excels at that. Buried within a vividly animated Scott Pilgrim-esque world are countless nods and winks to Japanese culture from cuisine to electronics to myths and legends. These all add a considerable degree of atmosphere to the proceedings. Throw in some infectiously catchy tunes and the repetition of it all will fade away for large chunks of a playthrough.
As a side note, the game is plagued by various minor shortcomings like keyboard mapping limitations and the lack of online co-op (a feature that greatly improves any beat ‘em up) as of this writing. It’s nothing that can’t be patched, of course, but it does mean it that the PC edition is hardly the cream of the crop. It also may be worth holding off at least until the magnificent Steins;Gate DLC featured on the console versions of the game shows up or otherwise you might as well shove the game in your pocket on the Vita. 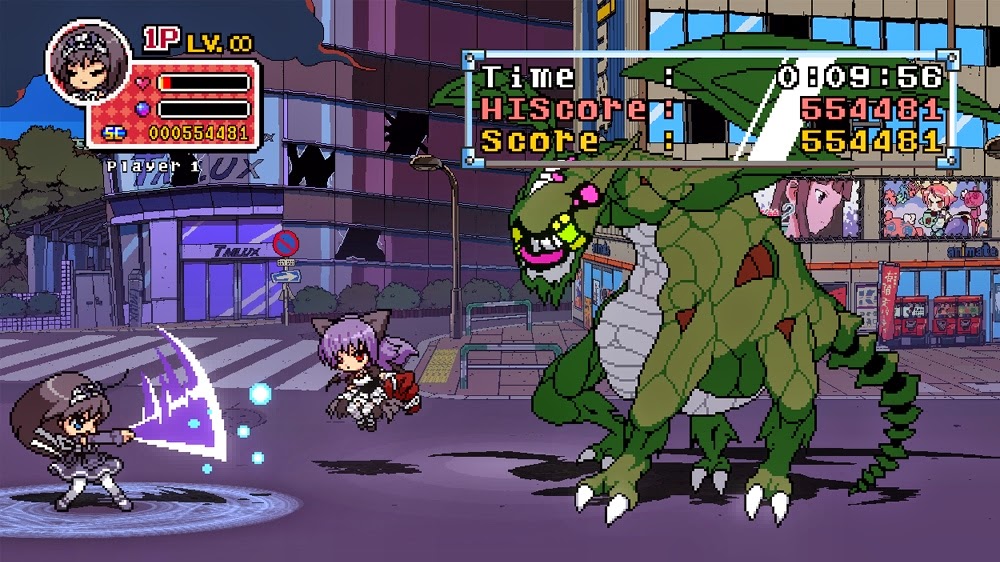 Phantom Breaker: Battle Grounds isn’t going to convert anyone who sees beat ‘em ups as mindless entertainment. Yet even when its ideas are half-baked in execution, the overwhelming style and ambition here make for one of the genre’s more memorable entries in recent years. If you’re in the market for a decent beat ‘em up, you’ll have a tough time not to respecting 5pb’s effort to breathe life into the genre.