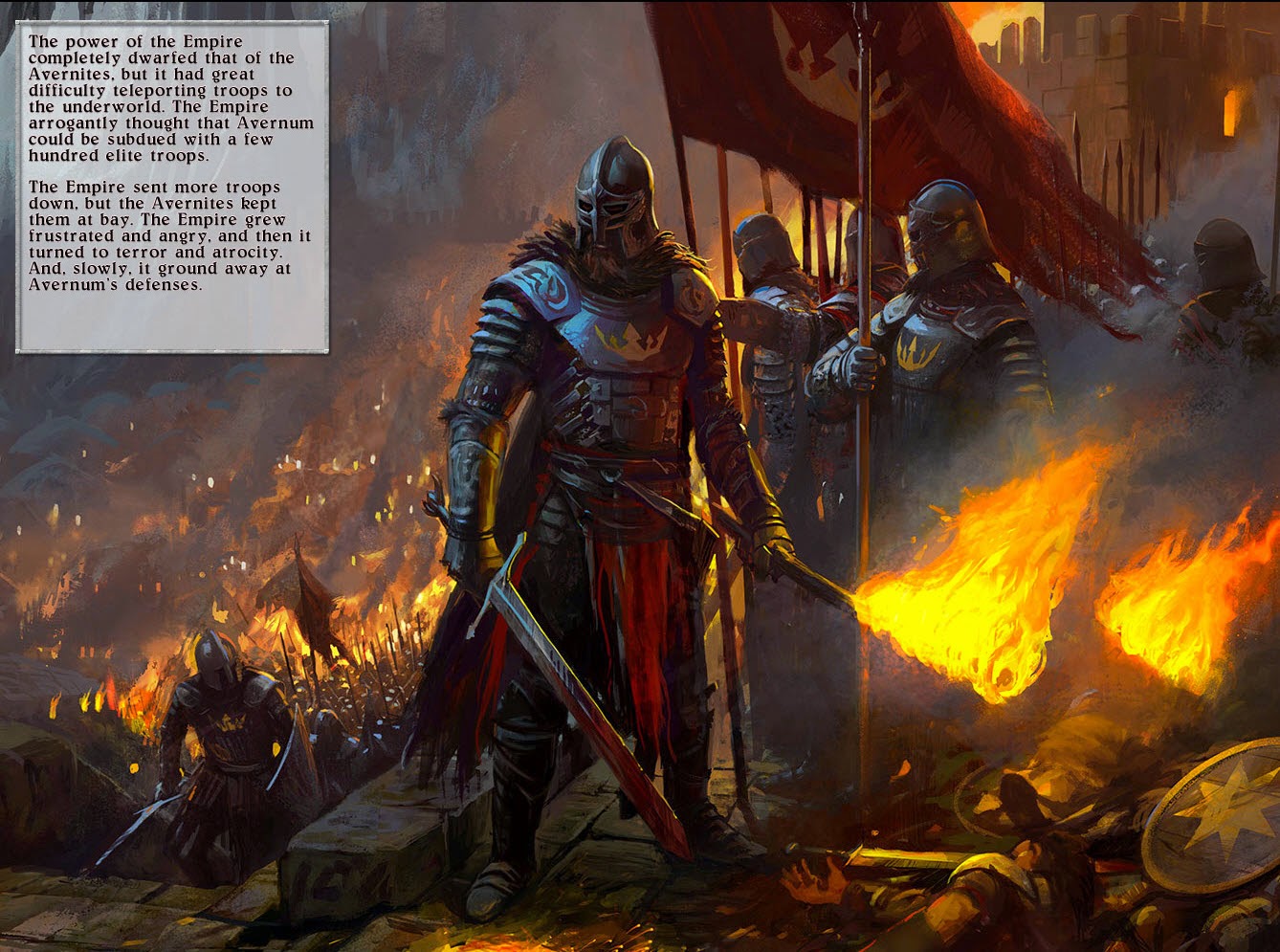 Avernum 2: Crystal Souls is a new look and a remake of a classic game. It lacks the visual fire-power of recent AAA powerhouse RPGs like Dragon Age: Inquisition, or even the old school RPGs like Baldur’s Gate, but those only looking for a shiny exterior to go with bells and whistles would be selling Avernum 2: Crystal Souls woefully short. The story and the writing that props it up are outstanding, giving this indie effort a chance to shine in the area that matters the most for the genre.

Perhaps it is just because I have been spending a lot of time lately playing board games and crafting campaigns in the newest edition of Dungeons & Dragons, but Avernum 2: Crystal Souls slid right into my game playing life at the perfect time. With dozens of spells, skills, dungeons and hours of gameplay available, Spiderweb Software has created a game that reminds me why I fell in love with RPG titles in the first place.

Related reading: You can also check out our review of the first game in the series, Avernum HD, here.

The original Crystal Souls game had an excellent tale, and it is a credit to how well written the original was that as I played through this new iteration of the game that so much of the story instantly came back to me. Of course, there are new encounters, and dungeons come new story and plot pieces, but they are so deftly interwoven here that it is impossible to tell where the first version of the game ends and this new iteration begins. 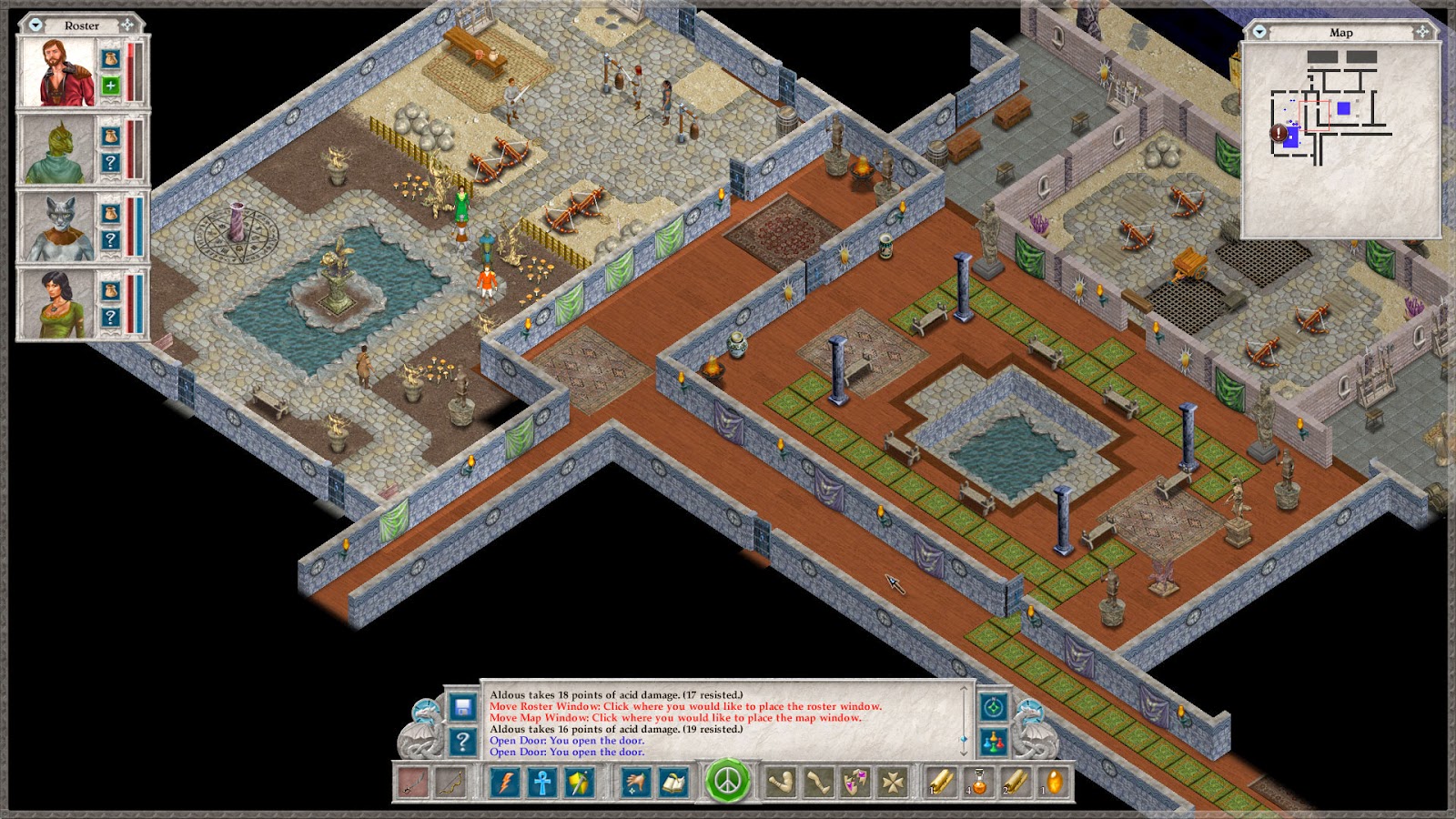 The story begins simply enough, as the backdrop is set against deep tunnels, magic barriers and unrest. Your party of characters can be customised at the start or you can use the default packages, but in either case they are occupying a section of the tunnels where they are helping to dig further passages. Before long a seemingly minor breech in the underground passages gives way to something far more coordinated and our party of heroes find themselves being recruited to help on a wide range of quests.

This is a dark and dreary world the likes of which we have seen before in other stories. That being said, the characters, places and stories that make up Avernum 2: Crystal Souls resonate with an authenticity that had me going from one quest to another in rapid succession. I wanted to see the story through to its end (and there are a few different ways to reach that point), but the world itself is a richly realised one, and a testament to the writing skill of Jeff Vogel over at Spiderweb that it has remain as relevant now as a source of a good fantasy story as it was all those years ago, even if there is a warm sense of familiarity that pervades throughout.

Report to a captain? Check. Make your way  underground to deal with large poisonous spiders? You bet. Plenty of fantasy tropes show up in Avernum 2: Crystal Souls. Most Spiderweb Software games feel like love letters to people who grew up on Dungeons & Dragons. Combat is turn-based, but with strong strategic elements as location on the field is a very important in protecting the physically vulnerable characters and allowing them to get on with their ranged attacks or magical powers. If you find the going too hard or too easy, difficulty options allow you to make Avernum 2: Crystal Souls rise up or settle back to meet your needs. 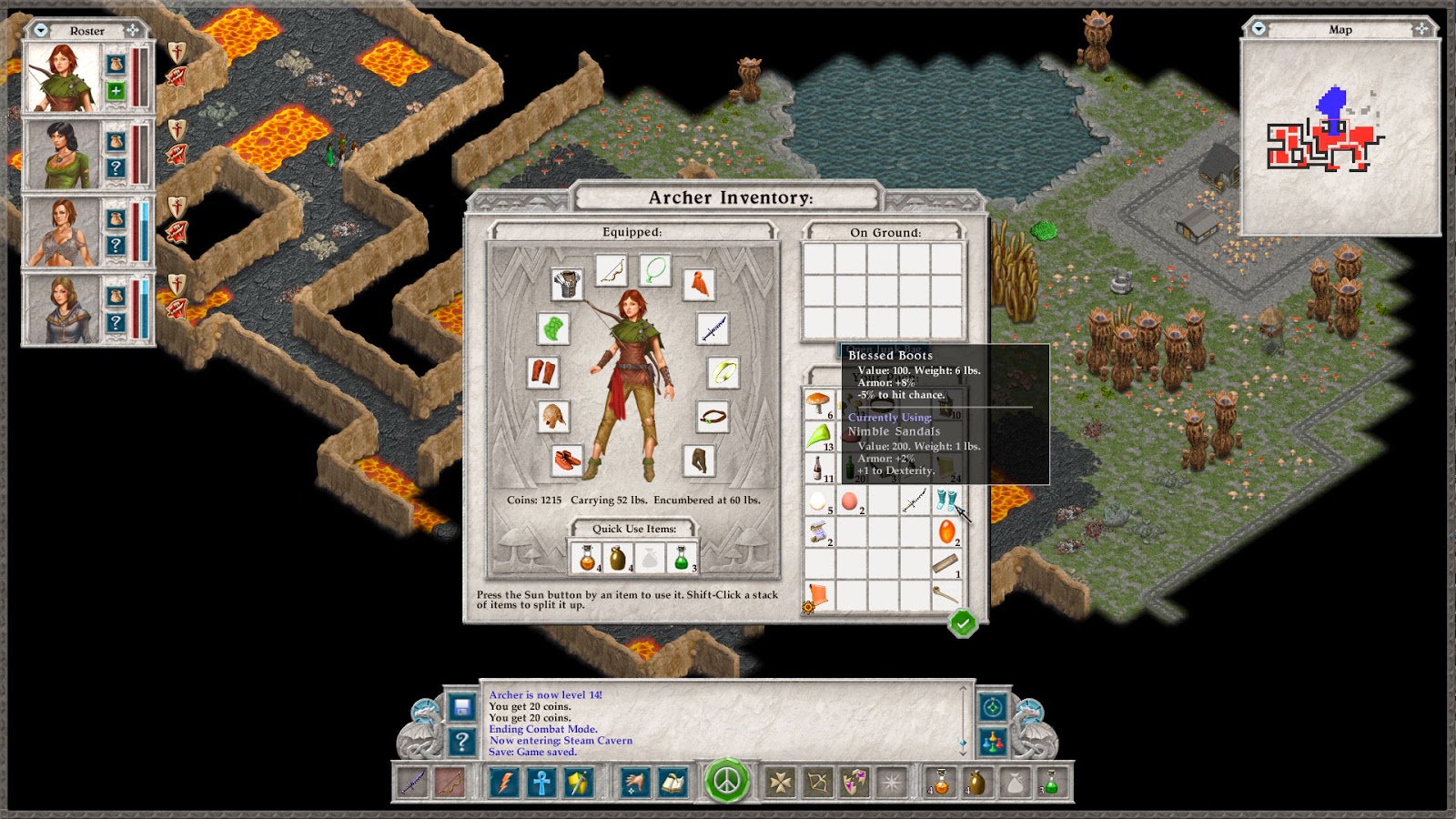 I really enjoyed the combat, both for its tactical depth but also for what it yielded after the dust settled. The skill trees for characters are diverse but easy to navigate while trying to perfect party balance. Exploration is also a big part of the game. I am someone who tends to delve into just about every available cranny and discovering plentiful items and secrets off the beaten track frequently made this process a rewarding one. All of this leads to that old-school dungeon crawling feeling that computer RPGs were so good at in the past but often gets neglected in favour of more action-oriented combat in many modern RPG titles.

There are a few areas where Avernum 2: Crystal Souls probably could have fared better though. The dialogue choices largely feel superfluous. More often than not what you click on will lead the story or conversation to the same place regardless of what you said or did. This lack of ownership over the outcome is not a tremendous surprise as those branching narratives were not a big part of the offering when Crystal Souls first came out. There is also a lack of puzzle solving in this title, and that was a problem back then as well. More utility for the thief or mage classes might have opened up a few more doors (literally and figuratively) along the journey and offered a bit more variety in the gameplay.

These are fairly small quibbles however, as by and large Avernum 2: Crystal Souls is an excellent title that really serves to remind RPG fans what matters most. This is a throwback title with visuals that likely will not appeal to everyone, but if you have never had a chance to journey through Crystal Souls, this is the perfect opportunity to do so. If like me, you just enjoy a quality story and a few dozen hours spent exploring and battling through turn-based combat, then Avernum 2: Crystal Souls is worth coming back to as well.