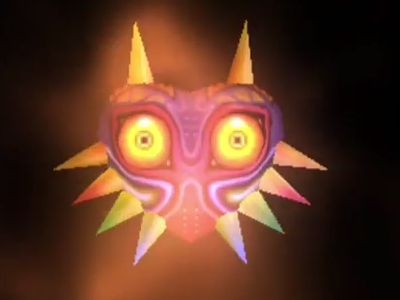 News by Clark A.
It was 2011 when Nintendo released a remake of the Nintendo 64’s classic The Legend of Zelda: Ocarina of Time for the 3DS. While obviously not as influential as its forefather, it was generally well-received by critics and players alike. So well-received, in fact, that it spawned a virtually infinite supply of requests that fellow N64 Zelda title, Majora’s Mask receive the same treatment.

It seemed like a single month couldn’t pass without some kind of rumour, “leak”, or campaign spawned by fervent fans to will the game into existence. Any time Nintendo threw out the vaguest morsel of possibility (such as the Majora’s Mask easter egg in A Link Between Worlds), fans would chomp the scrap of sirloin into gold dust. Any Nintendo event was an excuse to speculate that a stereoscopic version of Majora’s Mask could finally be unveiled. It’s as if the world was repeating variations of the same three days in an endless loop and there was only one way to finally move on.

Okay, maybe not. But four years after Ocarina of Time 3D, it’s officially happening: The Legend of Zelda: Majora’s Mask 3D. And if you’re (understandably) paranoid after hearing the boy who cried Wolfos one too many times, we’ve got the footage right here to prove it:

As expected, it looks to be using the same engine as Ocarina of Time. It hasn’t been confirmed who will be developing it, but I’d bet a giant’s wallet that Grezzo is up to the task again.

Even if there most likely won’t be many changes beyond the obvious graphical upgrade, I’m ecstatic. For a game that was thrown together fairly quickly compared to other Zelda titles (thanks to the reuse of Ocarina of Time’s assets), the game is so laden with symbolism and unconventional design choices that I find myself crawling back to Termina on an annual basis. I’ll gladly take any excuse to make my umpteenth return trip to my favourite Zelda title.

You could say I’m over the moon.