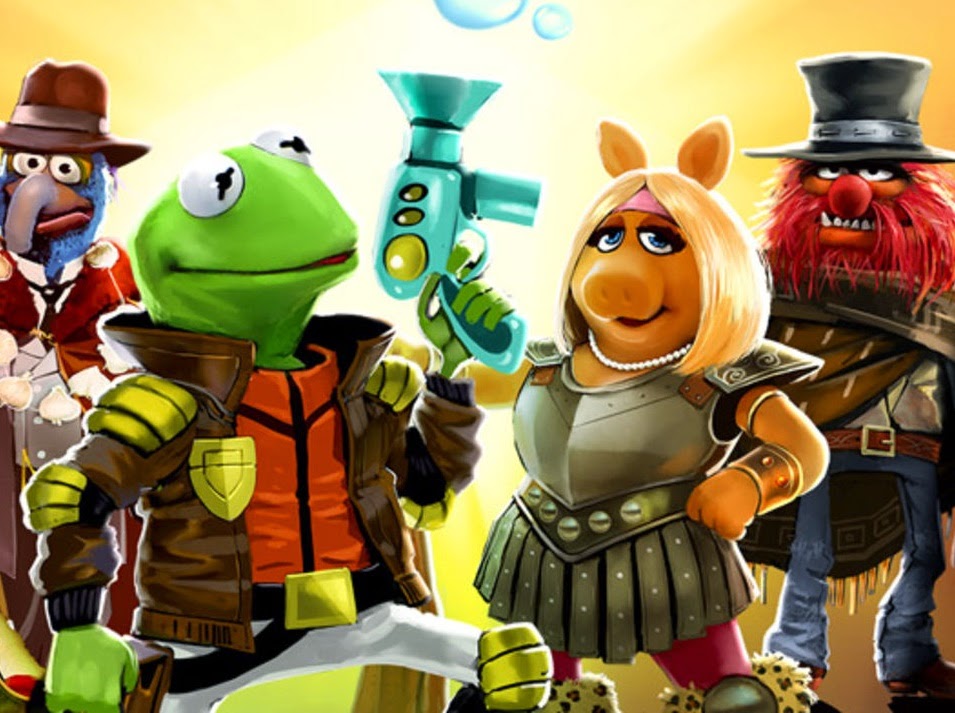 I am completely convinced it is more difficult to make a game for children than any other genre. Because simply making a simple, watered down version of whatever existing genre the developers have decided to appropriate won’t work. Children are not stupid, they understand and demand quality gameplay as much as anyone else, and no hiding behind beloved characters will compensate for a lack of quality.

What’s even more strange about The Muppets: Movie Adventures is that there’s no real reason for it to even be a game for children. The Muppets might work for children, but the fan base for this franchise is equally the older, nostalgic crowd, so it would make sense to me to develop a game that would work equally well for all ages, rather than one that by design would lock our its most committed fans.

But that’s exactly what has happened with The Muppets: Movie Adventures. This is a game designed explicitly for children, and it does indeed fail to understand that a child’s game needs to be more than a simplified version of adult games. Movie Adventures is a massively simplified platformer, and while it works, it doesn’t really do the classic Muppets license justice. 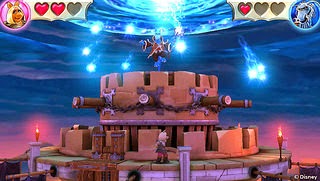 Drawn from modern approaches to platformer design, Movie Adventures is heavy on the collectibles, with stars, movie tickets and show reels to collect across each of its handful of levels. That content would be excessively limited were it not for the fact that you need to replay those levels. Completing a level the first time grants a special ability that is needed to collect all the objects on a second play through. It’s a labored way to enhance replayability, and the concept is let down by the limited value of what you earn by collecting stuff – the unlockable extras are very thin indeed.

On the plus side, there’s a lot of variety within the content that is there. As the title suggests, each level of Movie Adventures takes on a film theme and they are as varied as Kermet the pirate and Miss Piggy the warrior princess. And so, while you’ll be doing much the same thing in each level, they do have a superficial variety to them which helps the game’s sense of humour.

Movie Adventures can be a funny game, too. The Muppets were obviously never designed to be too series, and the various themes that they parody are easy to watch along with. The introduction and conclusion to each level has something of a story segment, which is where most of the humour is allowed to shine. Unfortunately much of that personality is lost within the levels themselves, with characters that are stiffly animated and fails to display much of the personality that the Muppets are famous for. 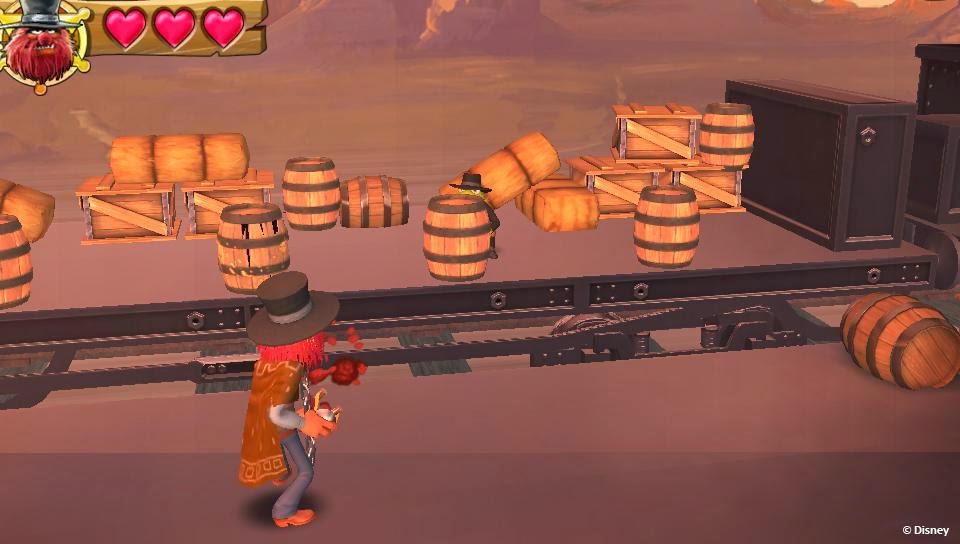 In terms of level design, Movie Adventures does a decent job of throwing simple platforming and puzzle solving together, but as I mentioned at the outset it’s also clearly a game designed under the assumption that children don’t need particularly engaging games to have a good time. Simple puzzles and basic platforming can provide momentary challenges, but a very generous checkpoint system means that no challenge lasts too long.

As a fan of the Muppets, I am disappointed that there wasn’t more done with the license in Movie Adventures. It’s a perfectly workable game, and does have a sense of humour that anything to do with the Muppets needs, but at the same time, it’s nothing more than that and whether you’re a child or a nostalgic fan for the Kermet and the gang, you’re probably going to left wanting after this.