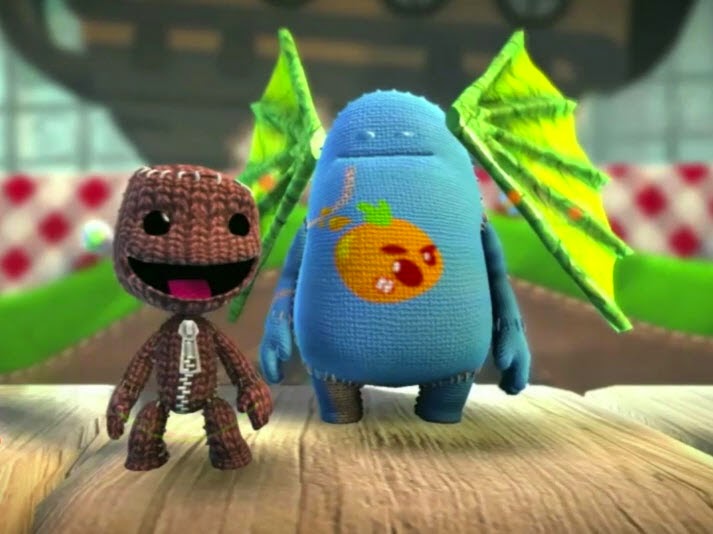 I admit I had my concerns when I saw that LittleBigPlanet 3 was being developed by a different team, Sumo Digital. There was a charm to the prior games that belied its surprisingly deep platforming mechanics and design options.

I am happy to say that LittleBigPlanet feels every bit a part of the series, but has enough fresh takes to make this third entry into the series feel like its own game as well. It maintains the essence of LittleBigPlanet, and though a few technical hiccups do diminish the overall shine, it should still be seen as a substantial accomplishment bound to appeal to a large collection of players.

The tutorial beings as it did in the other games and covers the basics with a warm fuzziness that should appeal to players of all ages. On the surface, LittleBigPlanet 3 is a simple enough platformer, though over time it becomes more complicated with a gentle learning curve that never alienates younger gamers while still providing something for a more mature audience to do. This iteration of the game adds some new twists, the most entertaining of which is the bouncing back and forth between a back layer and a foreground layer, giving levels additional depth. 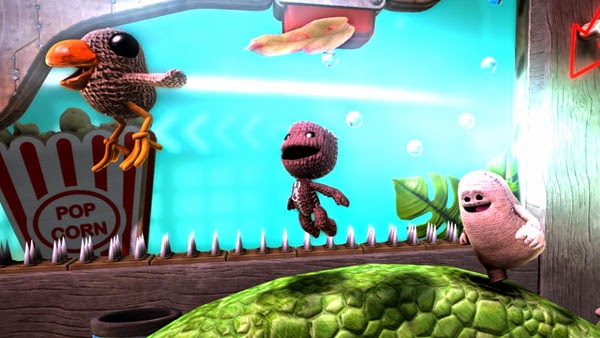 While the story itself is charming and serves as a vehicle for introducing new characters Oddsock, Swoop and Toggle, the primary adventure itself is short and honestly it lacks some of the heart that the earlier iterations had. None of the plots in the LittleBigPlanet games have been accused of being great narratives, but the weakness of the plot is compounded by the newcomers each having unique abilities (powerful, fast and flying) that are badly underutilised in the core game experience. They are a great step in the right direction and arguably the best opportunity for change in the entire series so far, so it is a shame they do not get leveraged in a more meaningful way. This combined with a handful of bugs prior to the release certainly dampens the experience some.

Still, bugs will be squashed, and the world itself is beautifully imagined. Moving to the PlayStation 4, LittleBigPlanet 3 makes the expected visual jump forward, with a gorgeous fabric world, multiple scrolling layers and lighting effects that manage to be technically impressive while being cute and welcoming. However, LittleBigPlanet has never really been about its audio or visual proficiency nor even about its single player story. At its heart, LittleBigPlanet is about communication, creativity and sharing.

I enjoy the title for a variety of reasons, but perhaps none more than experiencing the game with my youngest daughter. She is nearly thirteen now, but has long been diagnosed with Asperger’s Syndrome – a classification of the autism spectrum. Why I feel it is important to mention this is twofold. One, she has always delighted in this series because she finds it ‘cute’ and ‘fun’. More than that however, it provides her a creative outlet and a means of socialising with others. There is a sort of magic to the online modes of LittleBigPlanet and this latest iteration has been successful in capturing that magic. 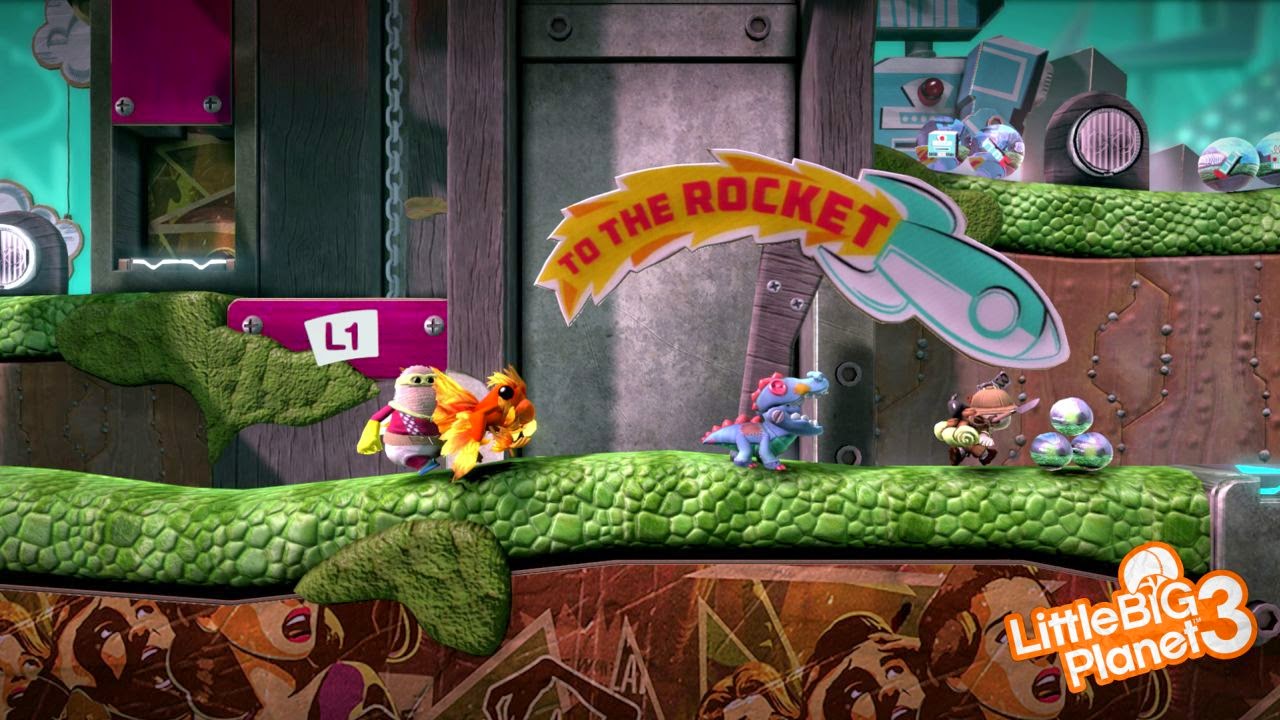 While my daughter often struggles mightily with interpersonal communication when she is face-to-face with someone, she can don a microphone and play through levels and even jointly design levels with other players of all ages. LittleBigPlanet has been a series of games that breaks down communication barriers more effectively than perhaps any other title I have ever seen. She and I will spend an hour working on designing a stage, but then when I move onto something else she manages to hop online with a handful of friends and continue to create new worlds and types of games that all of them get lost in for hours more. LittleBigPlanet 3 is digital joy for her and also for myself when we get to experience it together. There is a genuine delight in her laughter and experience that other creative titles like Minecraft and Roblox touch on, yet never resonate with her as fully as the world of LittleBigPlanet does.

With perhaps the best toolset the series has seen to date and the ability to import prior content from the earlier games in the series, Sumo Digital has managed to recapture this all-important heart of the series in LittleBigPlanet 3. The primary adventure is underwhelming, but I spent less than a dozen hours with that portion of the game and saw pretty much everything that there was to witness. Dozens – even hundreds – of hours of content await those with a creative scratch they would like to itch. Even if you would rather play than build, the almost limitless possibilities means that there will be no shortage of content any time soon. Want to play a Final Fantasy VII Remake? Yes, that is a possibility. Just about everything is on the table, and that sort of limitless possibility is amazing.

LittleBigPlanet 3 is not a perfect by any means, and since it is a platformer at heart it may not appeal to those who are not a fan of that particular genre. However, it is a well-designed game that lacks some polish but at the same time presents a world of possibilities. The story itself might be a let down down, but so what? Make your own. The sense of community it can create and the way it allows collaboration and communication exceeds almost any other title out there and helps to create a fascinating collection of worlds that gamers of all ages can explore together.