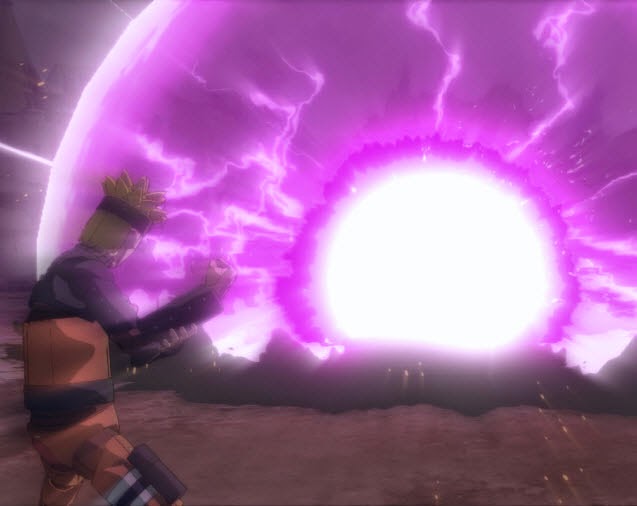 For a series that has had several different iterations that is also based on a popular show and manga, one could argue that the Ultimate Ninja Storm games might not have many surprises left in store for fans. However, the latest Naruto game does indeed manage to do several new and interesting things, and overall the game is better for it, though it did leave me a little disappointed in the lack of story. It is a shame, because it feels like this one oversight keeps NARUTO SHIPPUDEN: Ultimate Ninja Storm Revolution from being the best in the series to date.

While I haven’t followed Naruto especially closely over the years, my older two kids are avid fans, and I have picked up plenty of bits and pieces of it’s lore just by proximity during that time. However, the prior games in the series did an excellent job of connecting the gaps in my knowledge, telling me an interesting story and by the end of it leaving my with the impression that I understood the Naruto universe far better than I would have otherwise.

Ultimate Ninja Storm Revolution ditches the heavily storied format of earlier titles, replacing it with something far more frivolous but still entertaining. In this game the base mode is a “Ninja Tournament” that brings over 100 characters from the series together to battle it out through a ranked contest. Pure fan service, in other words. There are some more movie-like options called Ninja Escapades outside of the Ninja Tournament that do provide something of a narrative, but separating them from the core gameplay is a misstep for the game’s tone. 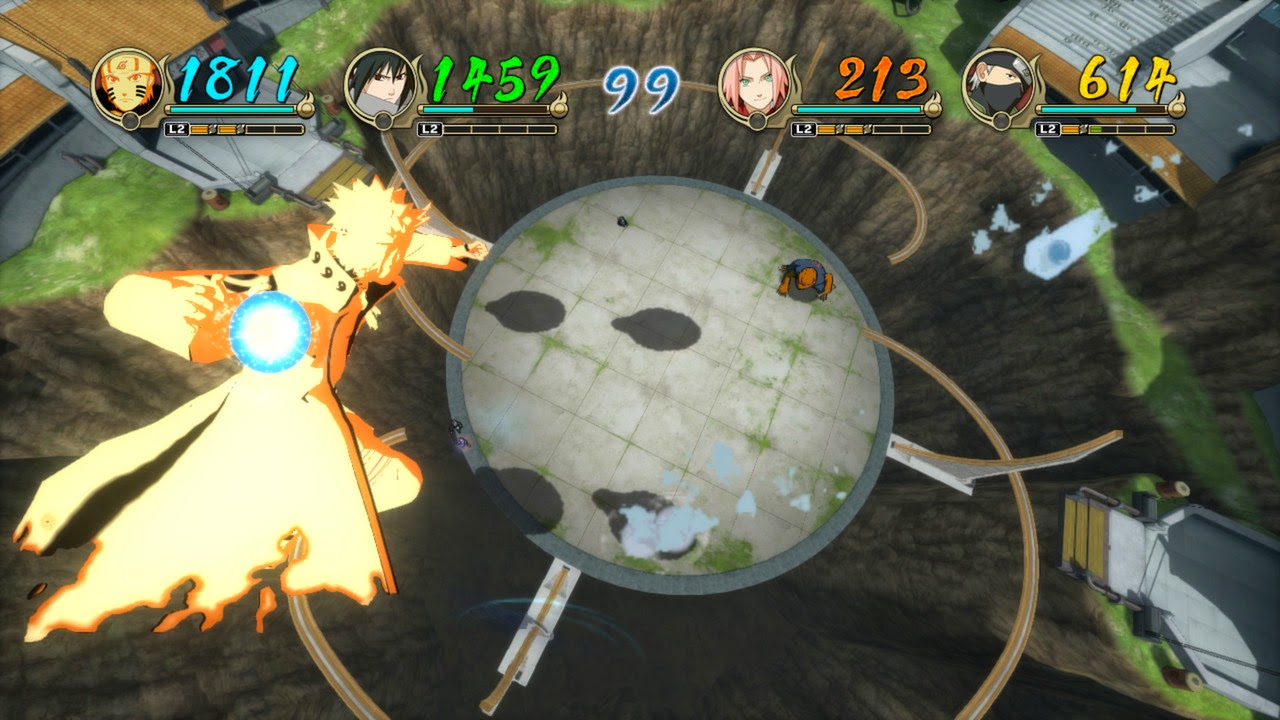 The majority of a player’s time is spent in actual combat and here the system holds up well. The combat often features four players on the screen, which like in games such as Smash Bros. and All Star Battle Royale makes for frantic fun. Players have the goal of knocking orbs/life out of other characters to pick up for their own. It is possible to knock an opponent out of the battle when that score reaches zero, but that doesn’t happen so often. Really, the key is to be the player with the most orbs at the end of the match.  There are also support characters that add as an additional resource for the main characters, providing players with some strategic options as to whether to use the support as a meat shiled, or as an addition have a bit more strategy in their use here, from using them as meat shields or adding a nice boost to their combo attacks.

In between rounds of combat, there is the island where the tournament is being held to explore. There are missions that get assigned based on your character’s rank, and new parts of the island are opened up as you advance. Many of these interactions boil down to recruiting fellow ninjas to assist in the tournament. Some will do so with almost no effort, others want your character to prove his/ her worth. Since there is tremendous disparity in strength between some of the contestants, it is certainly worth taking the time to upgrade teammates for future battles. With the ridiculous number of characters and small side quests they provide, there is lots of service here for fans of Naruto.

The visuals and voice are excellent representations of the series. The graphics are easier to appreciate because of the numerous characters, backgrounds and frantic action taking place on the screen. The voiced dialogues are nice when they occur, but are wasted on such a bland primary mode with no real narrative to follow. Nothing being said feels particularly important or interesting. I hate to keep harping on that one point, but the story mode was my favourite from the prior games and its absence is nothing short of disappointing. 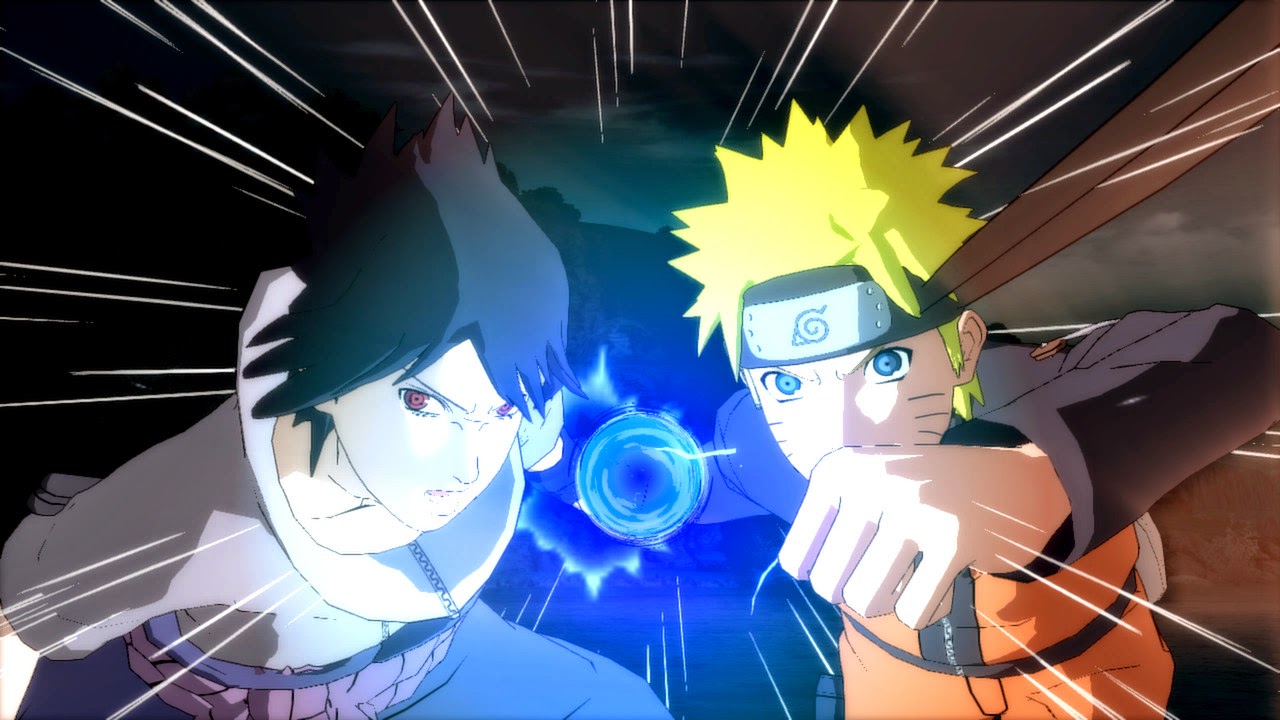 There is plenty to do in the game, but without a true story mode, it there isn’t a whole lot of soul to NARUTO SHIPPUDEN. There is plenty to do, but a lot of it is filler to keep the player doing something instead of something meaningful. The fast-paced combat does make for a good time, do not get me wrong, but unless you’re the most hardcore of fighting and NARUTO fans, this is a safe one to pass on.