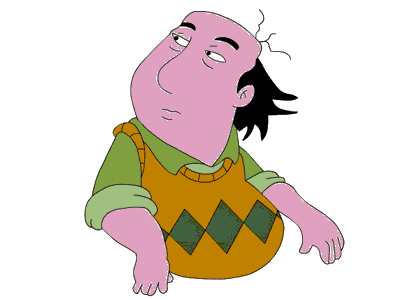 Earlier this week I tackled some of the misconceptions that are out there about the topic of feminism. Now I’m going to tackle another misconception that has arisen from the mess of a controversy that has been #gamergate.

There’s this idea among a certain part of the community that a game review should be entirely objective, and that a game critic is not there to analyse, but rather state nothing but facts when writing about a game. I believe this to be nonsense, and I base that belief on a whole host of things: my educational background in art criticism, my years of experience as a professional journalist and writer, the history of art criticism and the way it has related to art itself, and the very definition and purpose of criticism.

So let’s have a look at this idea from an objective point of view, shall we? We’ll start with the dictionary definition of the word ‘criticism.’ According to the dictionary, criticism is “the analysis and judgement of the merits and faults of a literary or artistic work.” The words in that description that are important in here are analysis and judgement, because it thanks to these two words that we can deduce that it is in fact impossible for an objective review to be a piece of criticism. So we’ll start with those two words, but also take a mental note of the “literary or artistic work” statement at the end, because I’ll be getting to that as well.

Allow me to explain why analysis and judgement exclude game reviews from being objective. It’s relatively easy to write a straightforward analysis of an art work from objective point of view. Mona Lisa is a painting of a woman’s face, for instance. And, if you have a read of this objective review of Deus Ex: Human Revolution (it’s a parody review, but it’s also an accurate example of objective writing), you’ll see a great deal of objective analysis about the game. Even if you haven’t played the game, by reading that review you’ll know exactly what happens in it, and what the game plays like.

But it’s missing something, right? Saying the Mona Lisa is a painting of a woman’s face doesn’t really meann anything, does it? No. Just as that parody review of Deus Ex: Human Revolution is useless as a review. They’re useless words because they’re missing a definitive statement about how good the game is. We don’t have any context to those reviews. We don’t understand what it means, or where the painting or game stands against its peers. The only indication we have from that Deus Ex review that tells us if we should play the game is the score. And the game score, in a bit of irony that makes it clear that the review is a parody, is itself subjective. You can’t give an objective score to a game review. So if we ignore the score and just read the objective review what we have is, in fact, a Wikipedia entry.

Now, there’s nothing wrong with Wikipedia, but Wikipedia entries are not game reviews. They are an entirely different form of writing, and their use and purpose is entirely different. People use Wikipedia for the purposes of research. To clarify factual, cited information that they didn’t know previously. People read reviews because, regardless of whether they’re calling out for objectivity or not, they want to read opinions.

It’s impossible to measure on an objective basis how enjoyable a creative work is, because every single person responds to a creative work subjectively. A person’s reaction to a game is based on everything from their sense of aesthetics, to their childhood upbringing, to their education, religious beliefs, moral grounding and a billion other factors that give them a unique personality. In other words, it’s impossible to make an objective statement about how good the game is because the writer can’t possibly guess whether his/ her reader would enjoy or dislike the game as he/ she did. The worst game in the world has people who enjoy it on some level. The best game in the world has people who hate it. As a critic it’s simply impossible to write an opinion of a game that will account for every taste in games that is out there.

To put this in other words, judgement, which is, remember, vital for a piece of writing to be a piece of criticism, is literally impossible in objective writing. And therefore, by definition, objective criticism is impossible. All an objective writer could possibly produce if objectivity was the goal would be a description of the game, which would be a useless endeavour for a games critic on a gaming website – you could get the same information from a press release. Or Wikipedia itself.

So, if people are not reading a review for a description of the game, why do people actually read criticism? It’s because they want to read the opinion of the writer. They’re looking for that judgement that is a core component of a piece of criticism. The reasons why they are seeking out that opinion will differ, of cours. It might be simply because they enjoy or trust the writer’s work and insight. It might be that they’re reading a series of reviews from the Metacritic database because they can’t work out if they want to buy the game or not. Perhaps they’re already a fan of the game and they’re interested in hearing what other people think of it. Regardless of the reason that you read a game review I can guarantee you that it is not, in fact, because you want objectivity.

Or to put this another way – when was the last time you read a game’s Wikipedia entry because you wanted to know how good the game is? I know I never have.

If criticism therefore can’t be objective, why is it important that we have criticism at all? The answer is in the second part of that definition that I pasted at the start. For any form of art, criticism is a crucial cog in creating the kind of discussions and feedback loops that allows the development of the art form, and for new styles and approaches to emerge. Without criticism there’s no incentive for artists to try bold new things. There are any number of art movements that have emerged as a direct result of the process of criticism – Surrealism, for instance. Minimalism. Transgressive art is always a product of a critical attitude towards existing forms of art or ideologies. Even ones you would never guess – the gothic literature genre (which became the horror genre) was the product of a critical attitude towards the church a couple of centuries ago. That’s right, that PT demo you played, and Resident Evil, and Silent Hill, and Call of Cthulhu, these are all a direct consequence of a loop of criticism and reinvention that happend a couple of hundred years ago.

Granted, in modern society most of the arts out there are focused heavily on regurgitating commercially successful ideas with little real concern for criticism and artistic progress as long as there are dollars to make. And games are perhaps the greatest slave to commercial demand of them all, but even in games if there were no critics to champion great ideas we might never have had some of the best games you or I have ever played. Take Dark Souls for example. After all, it was the critical success of Demon’s Souls, and not the initial sales figures, that made Bandai Namco realise that there was a formula there that could be turned into a major franchise. And that’s just one example of the positive impact that criticism has had on this industry.

No other artistic industry is so relentlessly juvenile to demand that its critics should be objective so that they don’t upset or offend anyone. No other artistic industry cries “corruption” like it’s a mantra because someone has an opinion. Roger Ebert wasn’t bullied out of the film industry because he wrote subjective film reviews, though there are certainly plenty of film fans who would never bother reading his reviews because they didn’t match with their own personal tastes. Academics of all ideological persuasions engage in lengthy debates (which are subjective, naturally) over literature, theatre, ballet, opera. And yes, there’s a lot of feminist criticism written about every other form of art out there. In fact it’s even encouraged, because in circles that respect the pursuit and integrity of art, criticism is understood to be an important part of the discussion process.

Now, none of this is to suggest that you have to agree with every game critic. After all, a consequence of having opinions is that not everyone is going to agree with you. In fact, I would agree with you if you were to argue that the depth and nuance of game criticism could be improved. One of things that irritates me the most in games criticism is how relatively few game critics are properly educated art critics. It’s getting better, but the games industry is still growing from an enthusiast medium to one with a real future as an art form.

But demanding objective game criticism? No. That’s an oxymoron.