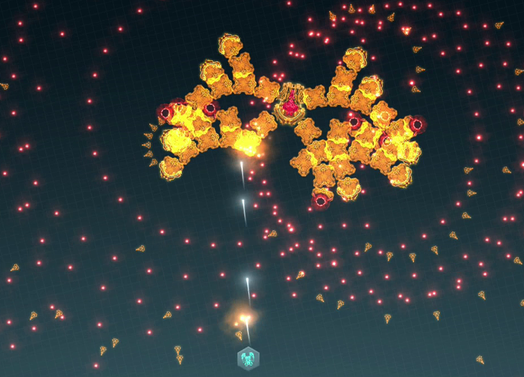 A good bullet hell game is almost like an intricate, difficult and deadly dance. With thousands of projectiles on screen at once and giant, menacing enemies, the player relies on pixel-perfect twitch reactions and foresight to be able to dart in and out of tiny “safe zones” where there are no bullets to be able to return fire.

Like a good dance, a good bullet hell game is also carefully choreographed, with the finest designers of the genre placing enemies and attack patterns in just the right places to gently encourage players into learning the delicate movements needed for success. With practice, patience and sheer stubbornness, a player will finally clear a bullet hell game, and that comes with a raw sense of satisfaction that we don’t generally see these days.

So what do you think happens when, rather than carefully designing and placing enemies for optimum impact, the developer leaves everything up to chance?

You get XType Plus. And it’s not good.

In fairness first, this game is a one-man project, it’s incredibly cheap, and even though it’s an endless game (in each of its two play modes you stop playing when you get the “game over” screen – there is no end boss and victory), there’s an online high score leaderboard, which provides the game with enormous replay value. It’s also a pretty game, with Tron-style vibe that is at its finest when the screen is absolutely filled with bullets. 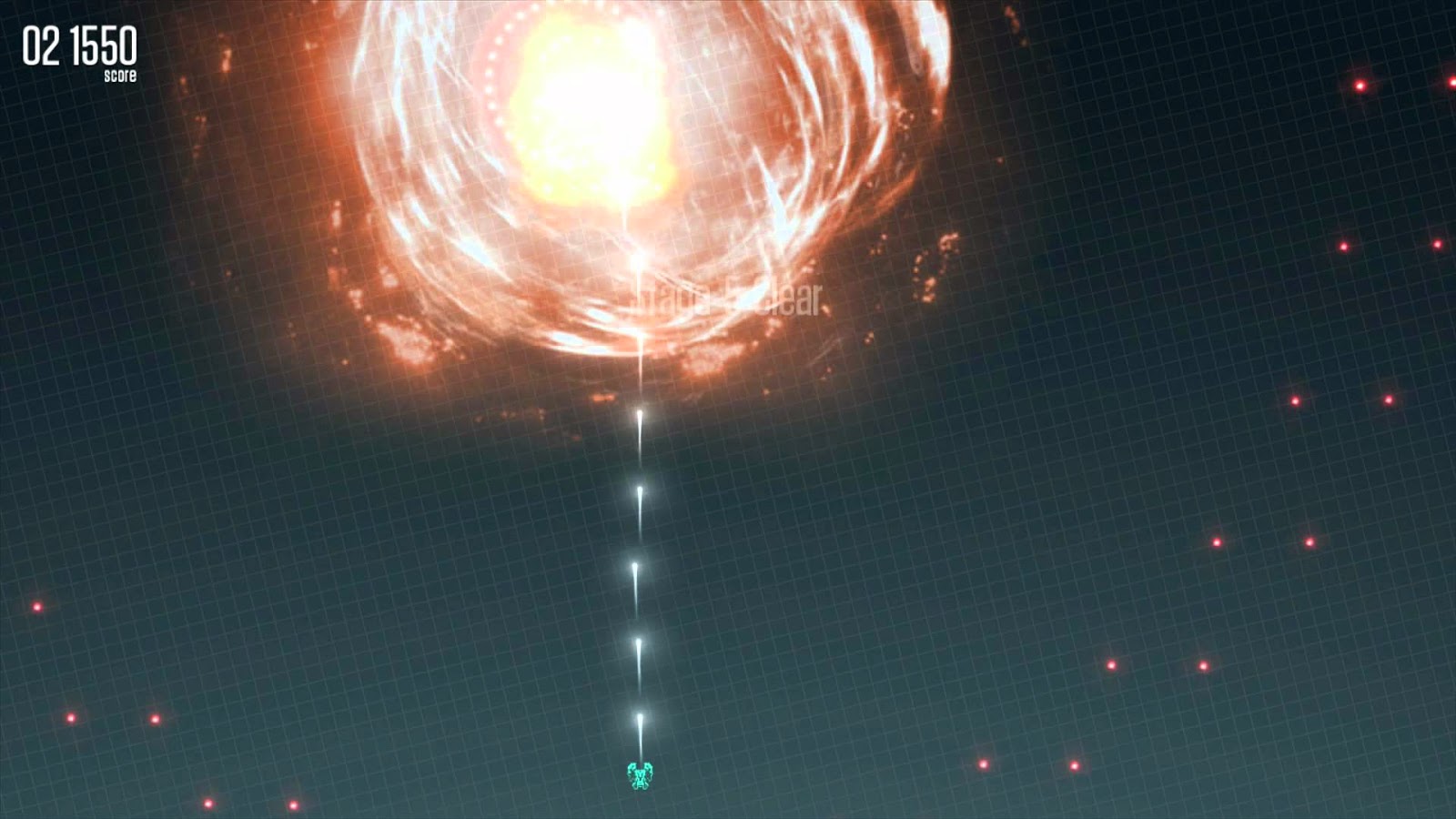 But the game itself is a flawed concept, and that’s for a couple of reasons. Firstly, as I mentioned before, the enemy designs and movements are completely randomised, and while you’d think that this would mean greater variety, the reality is actually the opposite. Because the developer couldn’t be sure how the procedural engine would build an enemy design, there was no way that he could create interesting scenarios. In other words, because the game is randomised there is only a limited couple of attack patterns that it could throw at players without having inescapable scenarios pop up, and in a bullet hell arcade game, an inescapable scenario would have been a game breaker.

The developer has made the right decision in limiting enemy design and attack patterns, in other words, but in doing so has also turned XType Plus into a very limited game. It would have been better to simply create levels as with a traditional bullet hell shooter.

The other big problem with the game is the lack of enemy variety. A traditional bullet hell shooter has a few waves of enemies, followed by a massive boss battle. This actually works to the benefit of the flow of the game, with the regular enemies creating a sensation of escalation on the way to the boss battle, and offering periods of relative calm to give the game a rhythm that allows us to better appreciate the high intensity boss battles.

But XType Plus has nothing but boss battles, and therefore the intensity never lets up. This makes the gameplay fatiguing far more quickly than it should be. There are two different ways to play – one is a traditional mode where players get three lives to rack up as many points as possible in before losing them all. The other mode is potentially endless. A timer count downs, and each boss defeated adds more time to it. However each death slashes some time off it. The game is over when the timer hits zero.

These two modes do offer different ways to play the game, but neither compensates for XType Plus’ conceptual flaws. The game plays perfectly fine, but it just shouldn’t have been made this way.