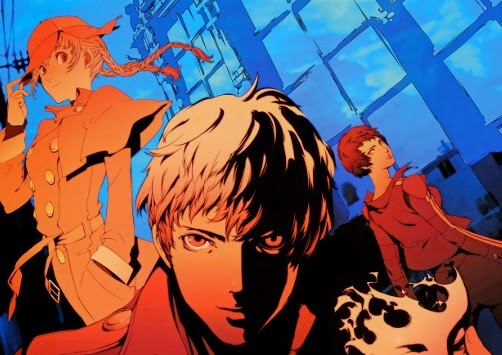 A couple of games that I’ve got a personal interest in have just been confirmed for a PlayStation 4 release.

Persona 5, previously thought to be a PlayStation 3 exclusive, has been confirmed for a PlayStation 4 release as well. Given that Persona 3 and Persona 4 were two of the smartest games ever made, this is a big win for Sony, espeically given that its PlayStation 4 is struggling a little in Japan. Persona 5 will get people buying the new console all by itself.

In addition, Koei Tecmo has announced that it will be porting its popular Dead or Alive 5 fighting game to the PlayStation 4 (I hope with all the DLC already unlocked, because I’ll be very disappointed if I have to buy all those costumes all over again).

Finally, just about everything seems to be getting the Warriors treatment at the moment. We’ve got Hyrule Warriors on the way this year, and Omega Force is busy working on the next one – Dragon Quest Warriors. That’s right, hordes of slimes. ALL THE SLIMES.

There were a bunch more announcements made at Sony’s pre-TGS conference. Enough to make for an exciting show, potentially. We’re at TGS this year, so we’re going to be covering as much as possible. Be sure to let us know if there is anything you would particularly like us to check out!

The Tekken guys are making a VR game about a schoolgirl