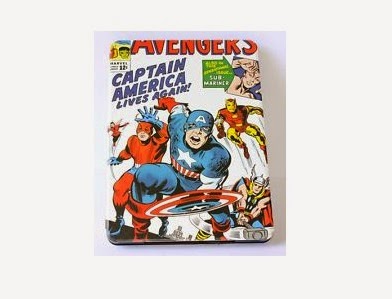 Cases and covers for iPhones and iPads are common now. It’s easy to see why; they offer the dual purpose of stylising one of your favourite pieces of hardware while affording it additional protection. The results of course vary, but while the PDP Marvel Folio for the iPad Air is more about style and function than protection, but it still does a good job of delivering on those fronts.

The obvious first thing to notice is the throwback Captain America styling of this particular case. As a big comic book fan, the recent explosion of comic movies has had me overjoyed at these characters getting more mainstream exposure.

This folio has a great comic aesthetic to both the front and the back, with the former showing off a comic book-style cover. The back has a handful of panels that look like they were taken right out of a comic. This design is so fundamentally cool that I wish there was more to it; I wish the interior had some comic panel designs on it as well. The grey interior is simple enough and it is padded for providing a safe surface for the screen, which is most important, but it would have been neat to somehow see the art incorporated there as well.

The iPad sits snug into the panel, providing it a secure location for use. If the case is dropped, it is padded with enough overhang around the edges that it may cushion the iPad’s landing. The case cover rests nicely against the iPad in it, but this lacks the magnetic clasp that similar folios have, which means that the cover can swing open more easily than I would have liked. If it were to take a tumble at right angle, or bounce first on its way down, it is very likely that the panel would flip open and at that point, and one would have to hope that the iPad does not land screen down. 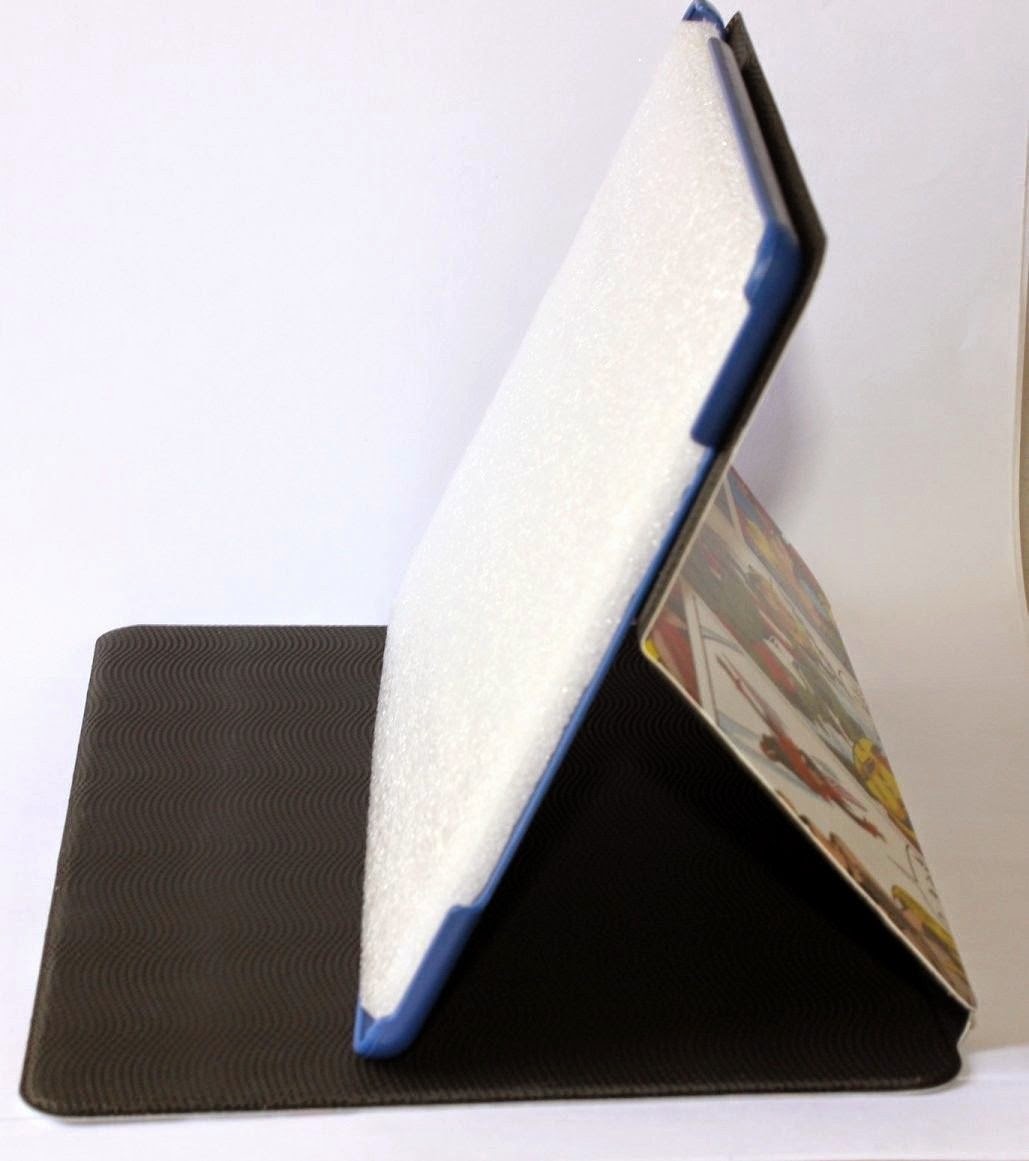 The front side of the folio does serve one additional purpose besides protection and aesthetic appeal. The folio can be turned onto its side, so the iPad is in landscape mode. That front cover can then be tucked beneath the iPad to form a triangular base, which the iPad can then lean back against, allowing the folio to serve as a stand. It is pretty sturdy in this position, even if the surface that the iPad is on is somewhat less-than-flat.

Most of the various things I would look for in an iPad case can be found in this one. The design may not appeal to everyone, but I certainly enjoyed it despite perhaps missing an opportunity to use some of that internal real estate for more. It does provide a degree of protection, though perhaps not as much as one would hope. The case is well-constructed, with some convenient features such as the fold back stand and the perfectly sized cut-outs around the ports and camera.