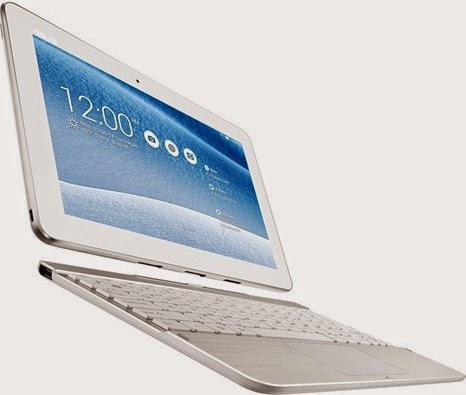 If a device halfway between a phone and a tablet is a ‘phablet’ – it makes me cringe just writing that – why should a tablet/ laptop be called a hybrid tablet? Why not a tabtop or laplet?

Whatever you want to call it, it’s a godsend for a device that many people want to use as an extension of their office. As an iPad owner, I went out and bought a Logitech keyboard to facilitate writing on the train without having to type using the touch keyboard. It was an experiment that lasted a matter of days before I gave up, but a device that can do it seamlessly would be an incredibly valuable machine to someone like myself. Enter the ASUS Transformer Pad TF103.

Since we’ve been talking about the keyboard as a main point of difference, it might be a good place to start. While it works very well, because it needs to mirror a 10.1 inch tablet, the space on the keyboard is limited. It means that some buttons are in less than ideal positions, such as the right control key that is right next to the squashed-in arrow keys. There are also two function keys, which I don’t ever see myself using the right hand one. However, once I was used to the layout I was comfortable enough.

The main downside ultimately ends up being the relative cheapness of the keyboard. It’s hard to describe why, but the keys do feel cheap. Further, the trackpad is probably the greatest letdown although it’s a nice feature to have in theory. It’s not very smooth, or at least as smooth as you would like in a laptop. When surfing the Internet, it was quite often easier to use the touch screen capabilities of the device rather than the mouse as quite often when I was trying to click on anything, touching the click pad would send the cursor into a spin. A useful USB port though means that you can plug a mouse in, although I preferred to use it for a USB stick or a portable hard drive.

With all that being said, the keyboard is a great addition to the Transformer TF103. The traditional functionality of a laptop is a bonus when using this as a business device. Having to use a touch keyboard is almost impossible if you were sitting on public transport trying to write anything of substance and the device works just as well as when it is just a tablet if you want to play games, watch movies or TV shows without the keyboard. The ability to detach and reattach the keyboard is a nice experience.

The Transformer TF103 is at the cheaper end of the scale in terms of comparable tablets on the market at $429. This does not mean that you get less bang for your buck. It’s fine to buy the cheapest model with the least internal space because it’s easy to plug in an SD card or even a hard drive to increase the amount of space available to the device. 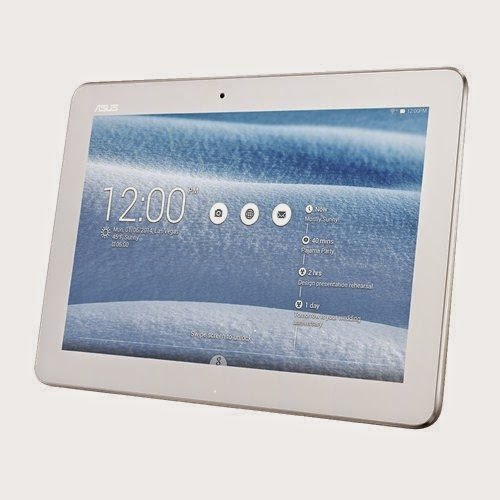 ASUS have clearly worked hard to ensure a smooth tablet experience. It means that startup is as fast and offers as much flexibility as you can get with an Android device. Downloading games, music and videos, as well as producing documentation and editing photos on the device is a pleasant experience.

The screen is clear and even when dealing with compressed video files, and it’s sharp enough. Playing games is a nice experience although it’s natural to want to use the keyboard, which doens’t work here. As expected, it handles all sorts of games (although I did only try free games) and video types easily, as well as having a decent set of inbuilt speakers.

If you want to use the Transformer Pad TF103 as a camera, you probably shouldn’t expect too much. The 0.3 MP front camera and 2 MP rear camera are just not up to scratch but ASUS probably figured that most people have a phone that they use as a camera on a day to day basis and would rather keep the cost of this device down. That set, the device is set up well to transfer photos directly onto the computer for processing or display.

With all of that together, what you get is a great business tablet or laptop that acts as a conduit between your work and play. It’s likely not going to replace your PC right away but I can see people choosing this form factor in greater numbers as the bugs get further ironed out.

I would recommend this to anyone who is in the Android ecosystem or wants an alternative to an iPad. As an affordable, fast and reliable hybrid tablet, I don’t think you can go wrong with this one, unless you’re looking to enter a photography or filmmaker’s competition.