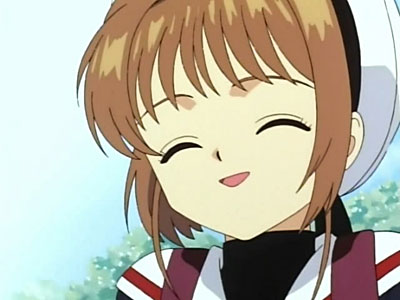 Cardcaptor Sakura is regarded as a classic anime in most corners and, watching it again today, there’s no mystery as to why it took off. It’s a fun, innocent show with far more going on beneath the surface. It doesn’t hurt that, despite being a magical girl series aimed at primarily the shoujo demographic, nothing about the material is remotely patronising to other audiences.
Now, that didn’t stop Kids’ WB from mandating that a heavily altered English version be released to pander to its perception of male youth at the time, but the good news is that NIS America has finally countered that with what is arguably the best way to appreciate the franchise; a deluxe compilation release featuring all seventy episodes of the series.
The basic premise is rather simple, kicking off when Sakura Kinomoto inadvertently releases numerous spirits from a book of magical cards. Keroberos, who presides over the book, tasks her with sealing them away by becoming the eponymous Cardcaptor Sakura. That little synopsis would reek of being contrived if it was the extent of Cardcaptor’s majesty, but thankfully the writers incorporated greater profundity into the script while beneath its quaintness.
In changing mediums from manga to anime, it’s a given that the writers would wish to emphasise the card sprits and they most certainly did so; the original material featured slightly over a dozen Clow Cards, and the anime opts for fifty-two. While the show has some element of the “monster of the week” formula during the early goings, it always shoves Sakura’s daily life as a fourth grade girl to the forefront, which works wonders in building up a relatable protagonist. The Clow Cards are not marketing tools but genuine catalysts for conflict in Sakura’s life.
In fact, it’s to the point that the card is sometimes shoehorned in during the last five minutes so that the emotions and development of characters can be emphasised. Episodes forgo the feeling of filler that would naturally latch on as a result of the card increase because the core ingredients of Cardcaptor Sakura always shine throughout. 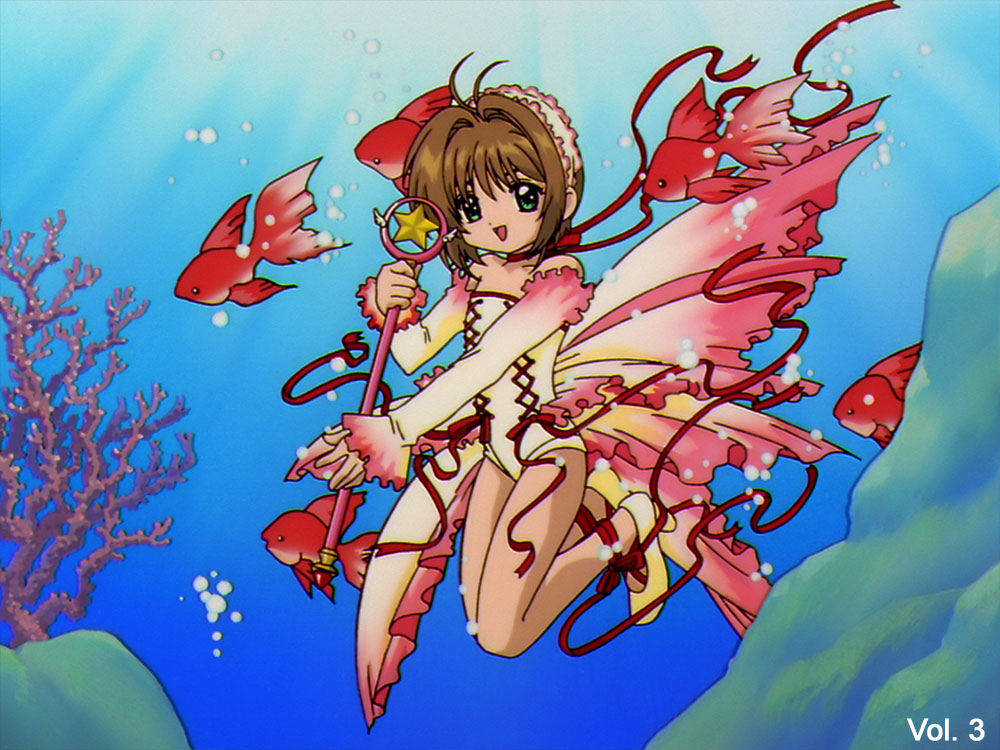 One such ingredient is the subtle exploration of Sakura. She encapsulates life at that age (and, oftentimes, beyond) so well that just about anyone can sympathise with her. Her upbeat personality is infectious and her metamorphosis into a full-fledged Cardcaptor with spirit energy is one to behold. Episodes highlight her fear of the unknown, struggles with such issues as procrastination, and time management all in an unusually sweet manner that is aims to be reflective rather than morally preachy.
I would argue the reflective nature of the show is its greatest merit. The show is generally more interested in conveying emotions and having viewers decide how to react than instructing them. It also reminds us how prolonged gazes of wonderment or condescending eyebrow bends can exude infinitely more emotion than an internal monologue. One character in particular, Xiaolang, takes this approach to the extreme by conveying the bulk of his thoughts and gestures through gestures and facials. You might think this type of subtlety is what they teach in storytelling 101, but it’s surprising how many shoujo manga and anime deviate from this and feel forced as a result. Because Cardcaptor Sakura strives to be so wholesome, though, the intricacies only ever work in its favour.
The supporting cast certainly doesn’t damage Sakura’s appeal either. Each is important to her development in some way and they’re given ample time to shine. The audience is taught just enough about character backgrounds for them to be relatable initially, but their enigmatic natures leave plenty of room for development and subsequent captivation. A personal favourite is Sakura’s mature friend, Tomoyo, who supplies Sakura’s wardrobe and compiles video tapes of most of the captures in the series.
Each member of the main cast also has some romantic aspiration and, despite the primary use of fourth graders, they’re still some of the most nuanced in the industry today. The writers chose to tackle less explored relationships for the audience at the time such as students crushing on teachers, arranged marriage, and homosexuality. Heck, Sakura herself has an affinity for a high school student and this age gap is addressed rather sweetly. 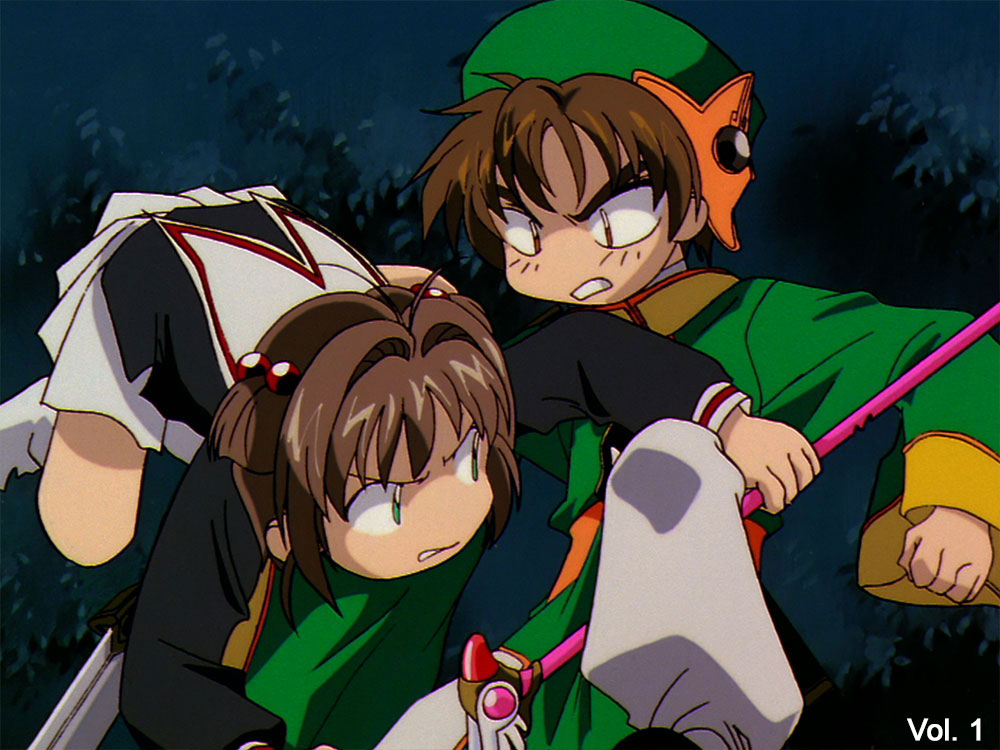 Many of the early episodes deliver simple, largely self-contained narratives in a 22 minute span. When stories begin to more blatantly connect with each other, however, the steady sense of progression is revealed. The motivations or ambitions of new characters tie them in nicely with the rest of the cast, too; what was once a love triangle transitions into some vaguely scientific matter worth busting out the spreadsheets for.
There’s a clear time progression felt between episodes as well as subtle character building. The writers keep the show from feeling formulaic by regularly throwing screwballs. Sakura might spend the entire episode hunting down a Clow Card but there’s a chance one won’t show up at all. A character introduction could pop out from left field and have massive ramifications on previous relationships or the plot itself. Sometimes the Clow Card spirit in being hunted is thematically linked to one Sakura’s daily dilemmas, but it could just as easily be paradoxical or irrelevant. The writers consistently use these swerves to keep things inventive and, fortunately, excel at balance all the incoming new elements.
By the end of the third season, Sakura’s relationship with the cards and the characters has evolved so much. Were it not for the consistency of the tone, it would be difficult to believe you’re watching the same show when reviewing it all in hindsight. Through a great deal of foreshadowing and the day to day routine of Sakura, this series goes to show just how strong a seemingly formulaic narrative can be.
Story aside, the animation also plays a crucial role in establishing the tone. So many moments feel stoic and dream-like as the camera shifts with a slow, distinctive grace. Not a ton of footage is reused throughout the series and it must have been a labour of love for the animators to bother making transformation sequences for the many, many costumes Sakura dons. If you’re going to get any set, the high-quality visuals of the Blu-Ray release doubtlessly warrant the extra cash as they help reveal just how timelessness the show is as a whole. 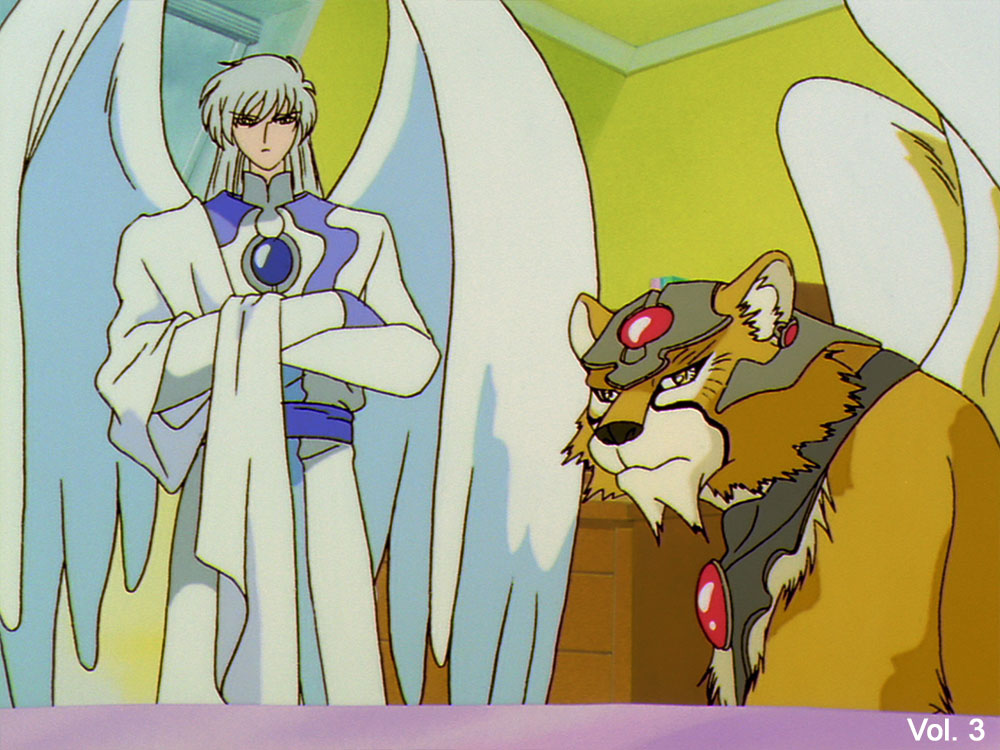 Speaking of which, the box and casing for the premium set contains Sakura in a variety of the aforementioned outfits used throughout the show, which is a nice touch. It’s somewhat unfortunate that all of the disks had to be crammed into one case, though, because the nine Blu-Rays contained within have trouble staying in place and are difficult to remove without the paranoia that you’re going to snap part of a multi-hundred dollar purchase. For a premium set of one of the most iconic shows of the era, it’s a tad underwhelming in that regard.
Assuming you can get the disks out, of course, there’s a reasonable deal of extraneous content on them. In particular, the ability to watch Cardcaptor Sakura dubbed fully in English without catastrophic censorship and alterations that arguably neuter the source material will be a selling point. I can’t say I care for most English dubs personally, but I found this one to be tolerable even if not every voice actor seemed to be on the ball. Even if the sound quality of the dub isn’t ideal for a Blu-Ray release, it’s at least uncut and provides an especially useful option for those planning to watch with children.

Cardcaptor Sakura is just as magical today as it always was and this premium set does a decent job of underscoring that. Whether you missed out on it back in the day or simply want to add it the box to your hoard of collectibles, you can’t go wrong with one of the medium’s definitive classics.