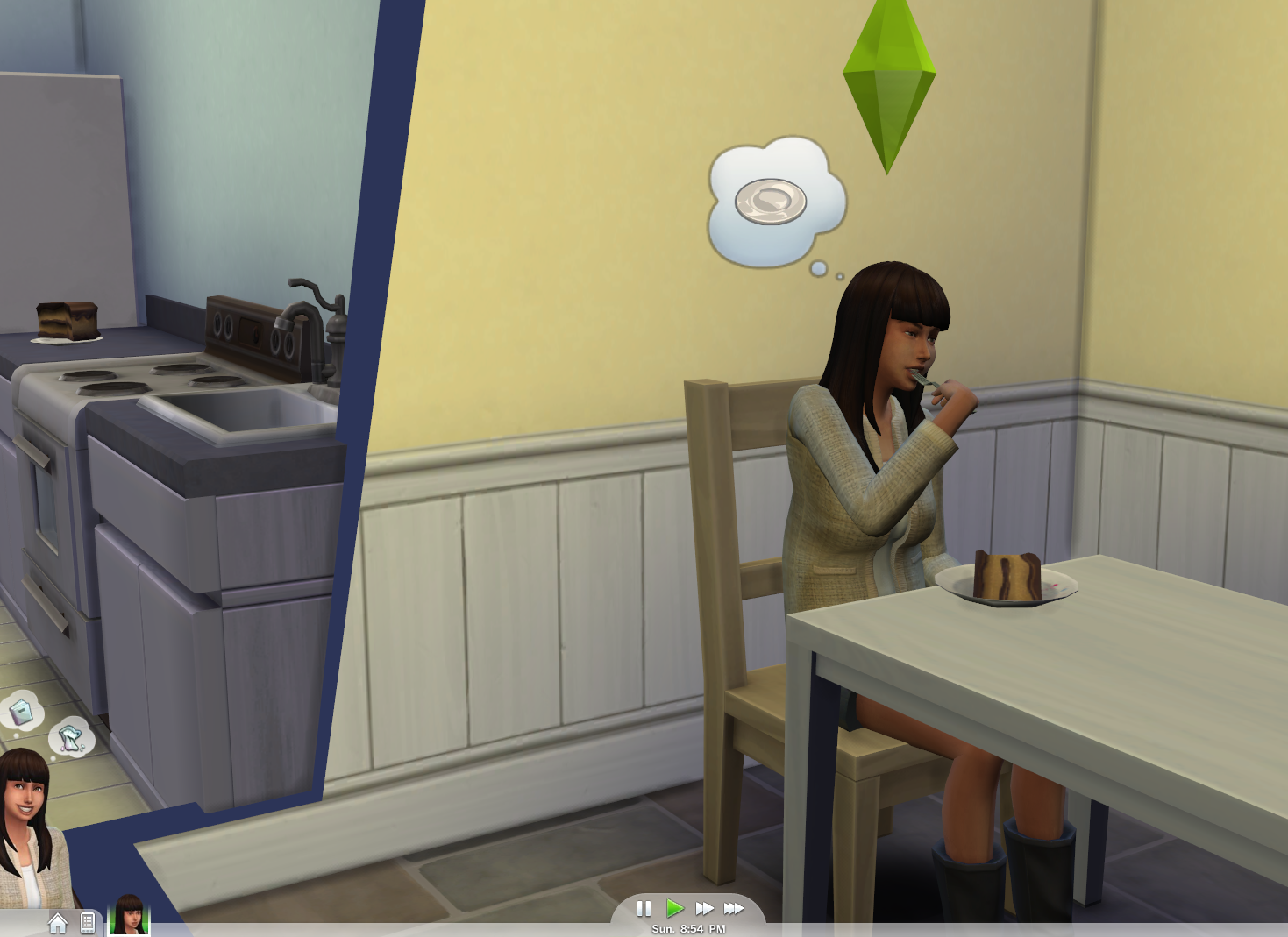 Sim 4 releases next week in Australia, but EA was keen to show off its latest game about little people that speak gibberish. And so I got to head over to an event and test things out before the launch.

I’d like to introduce you to Mercedes. This is the character I generated in the game. The first name was randomly generated by the game, but her last name – Benz – was not, I can assure you of that. So what follows below is an account of Mercedes Benz’s first day of the rest of her life.

(Sadly now that the preview session is over Mercedes will forever be nothing more than a save floating on the ether of one of EA’s game machines… at least until they wipe her off the memory and then her existence will have never been aside from these screenshots, but let’s not think about that depressing thought for a moment). 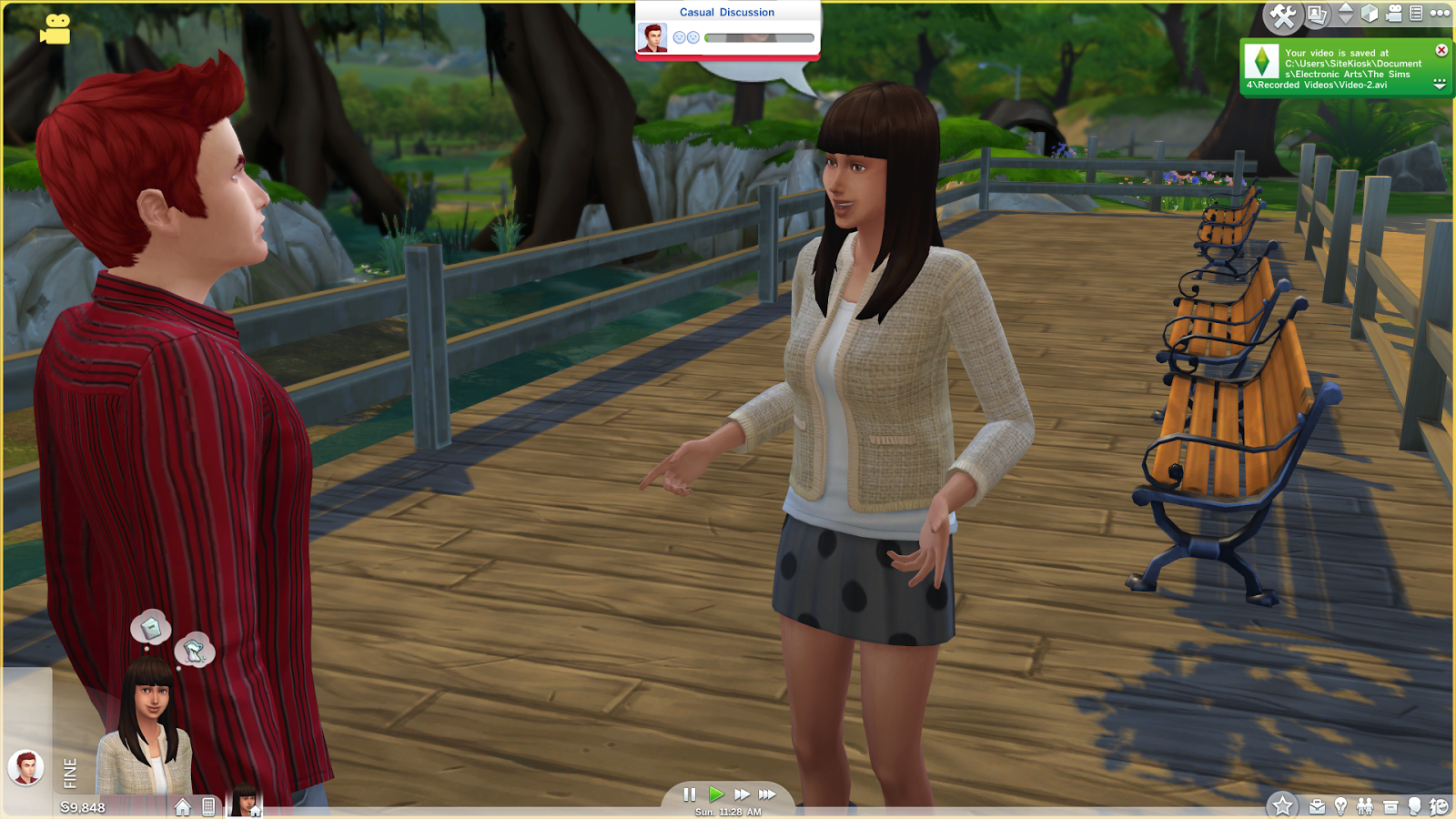 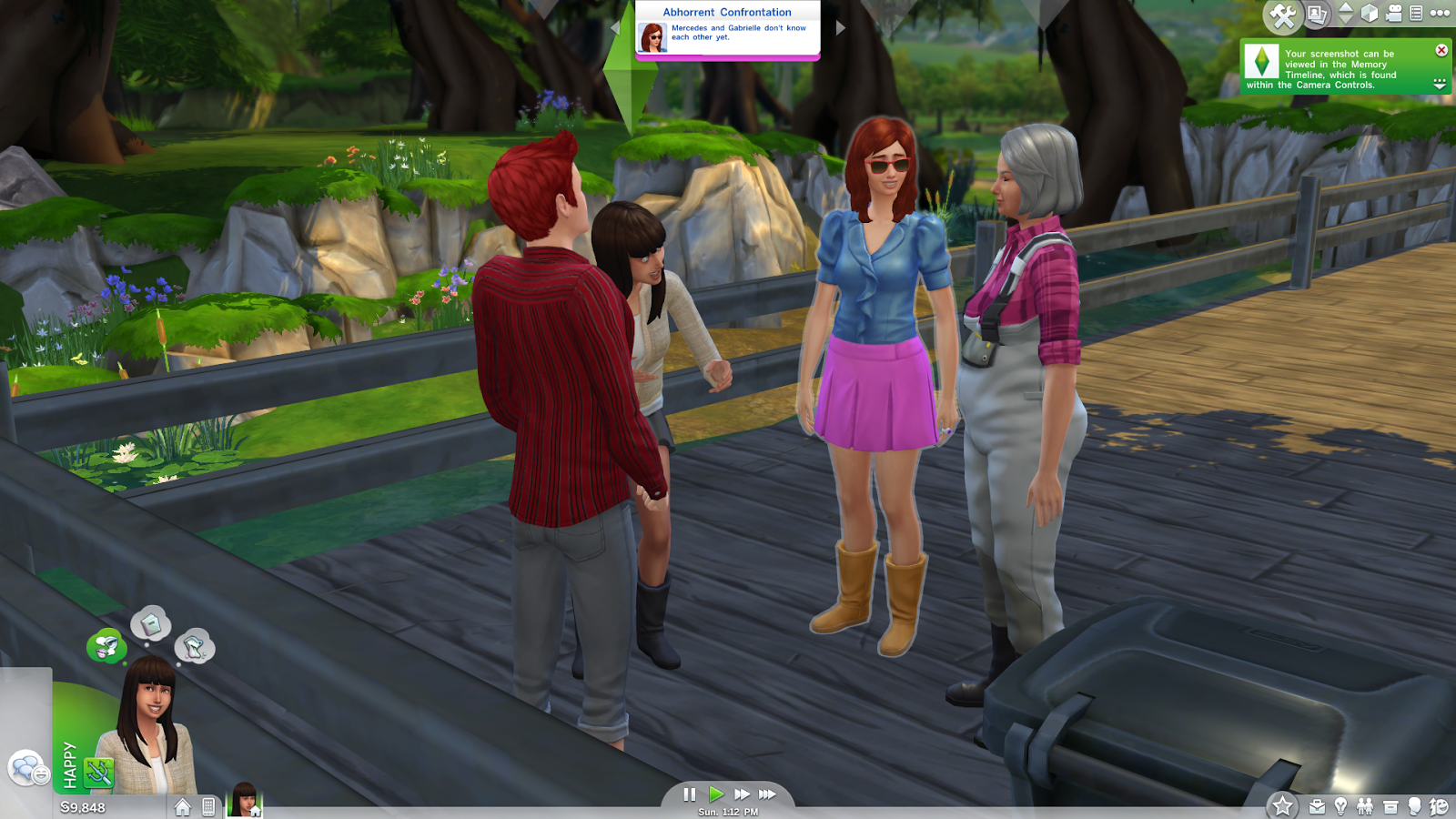 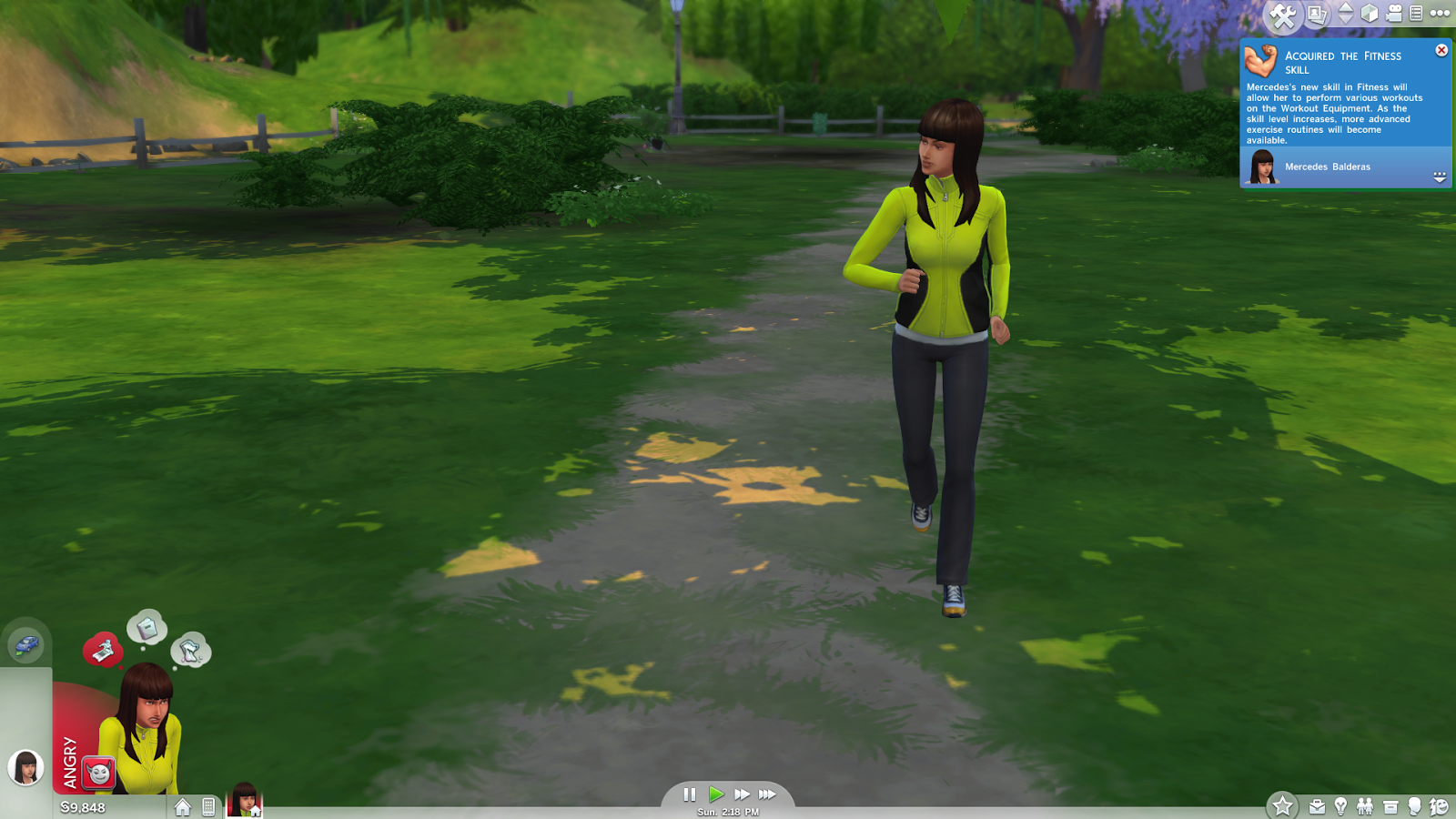 Mercedes is apparently a woman that delights in irritating people. This suited me just fine. After Mercedes was created by her God (me, naturally) she was dropped on to an empty plot of land and needed to build herself a little house. Mercedes’ God was a bit stingy, so he dumped some cheap pre-made rooms onto the plot. It was enough to live, though it was hardly glamorous. The good news is that there was enough stuff in the fridge to bake a cake, and that’s precisely what Mercedes did before heading out to the park to do some exercise and annoy some neighbours.

Because Mercedes enjoys being evil, she had a great time insulting random people, teasing them, and generally creating a fuss. Then she decided to go for a run. After a couple of hours of that, it was off to the gym for some more working out (apparently Mercedes is a bit of a fitness buff).

Having wasted half her day doing various forms of exercise, it was off to the nightclub for some drinking and socialising. A guy apparently caught her eye, because the next thing I knew she was sitting next to a dude and getting all cozy. “Enough of that!” I said, and her God demanded that Mercedes sit at the piano in the club to start learning a new, valuable, life skill. 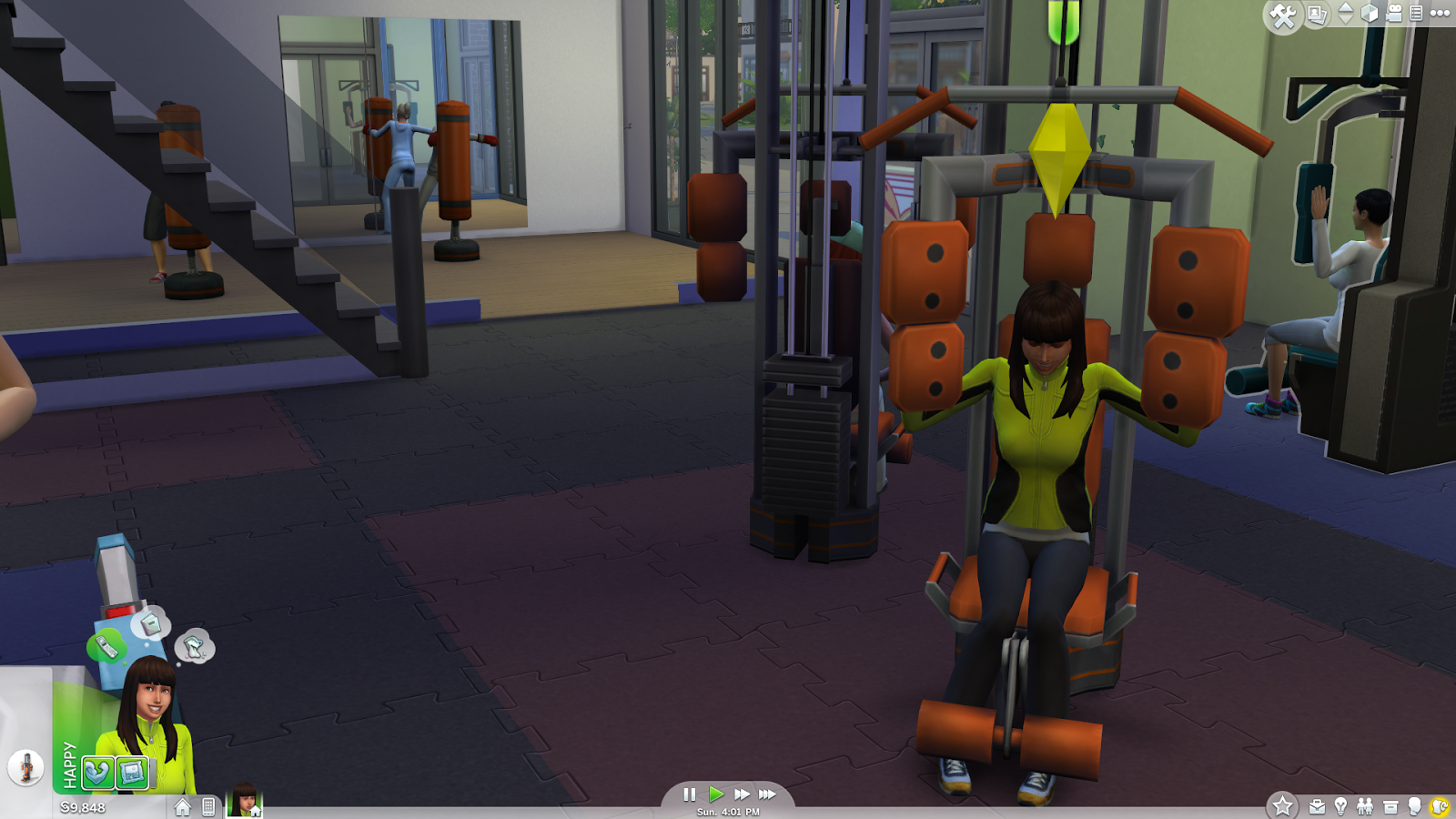 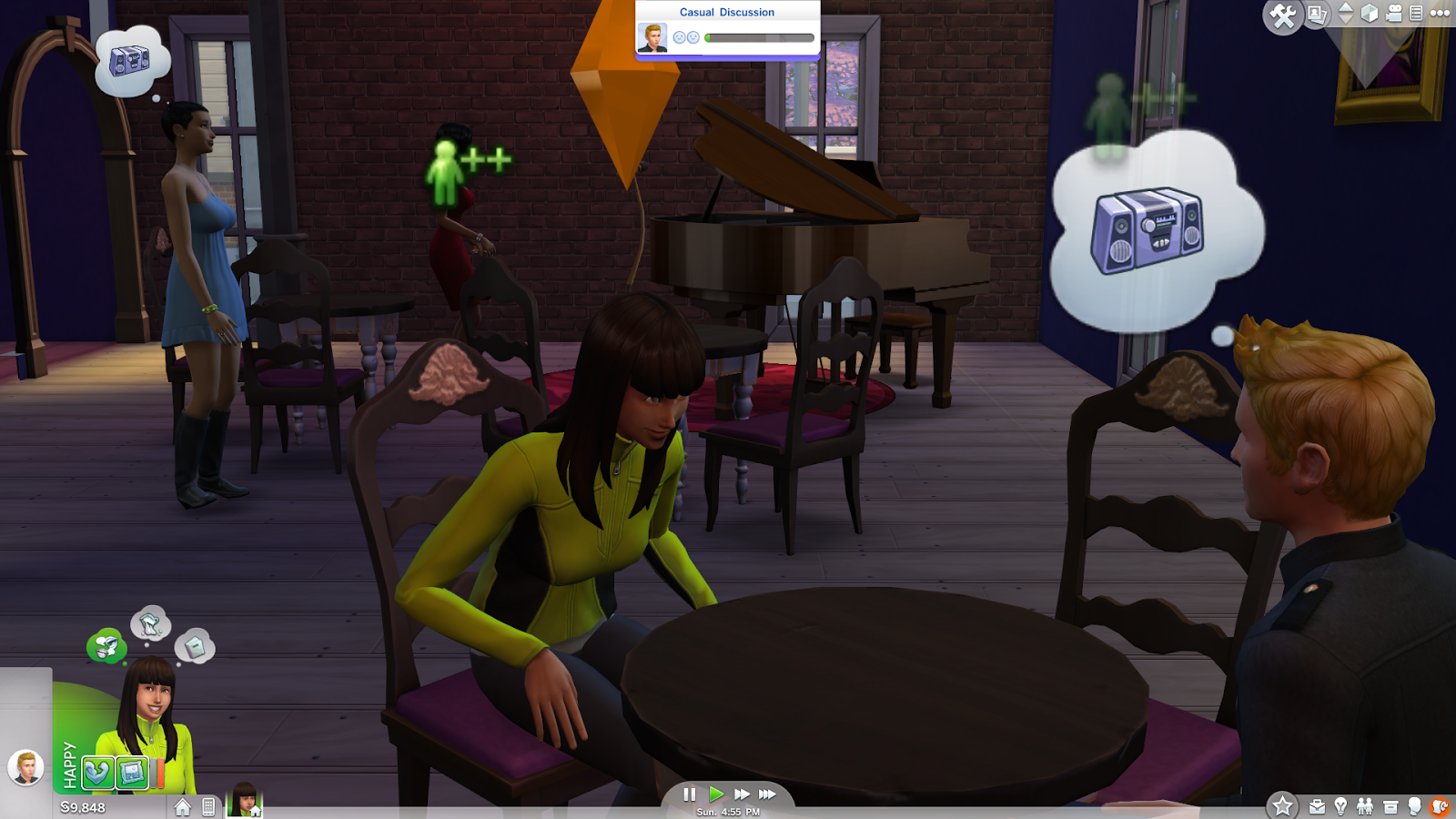 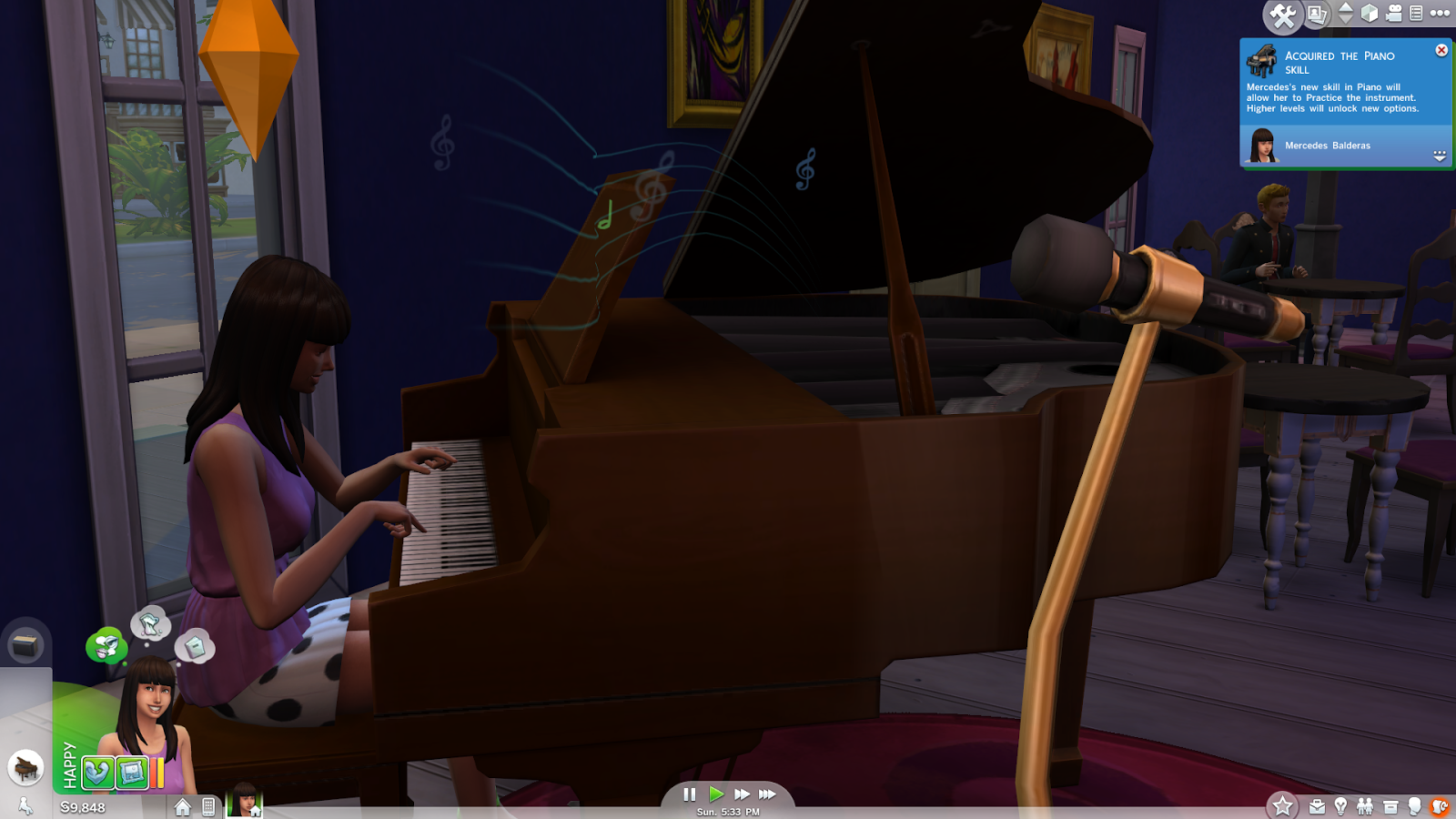 Then she was thirsty, so she went off to the bar and cleared the room. Apparently if you exercise all day long you smell in the world of The Sims 4. Clearly it was home time. Mercedes did various things in the bathroom (including but not limited to having a bath), then had a piece of that cake she baked to celebrate the construction of her cheap dive, and then hit the sack. Alone. But I reckon that dude from the bar will

The Sims 4 is clearly the kind of game that I wasn’t going to get a good feel for in a few hours of play time, but it does look like EA has done a good job in enhancing the base gameplay without messing with the quirkiness that makes the Sims so distinctive.

It’s possible to upload all kinds of weird structures and Sims to the Cloud and share them between people. I was so intent on Mercedes’ first day of her virtual life that I didn’t test all this stuff out. I was also in control of a single character so I didn’t get to see how the AI would handle a whole family if I created them, but it does look like characters that you’re not directly controlling will behave in fun ways according to a wide range of personality types. 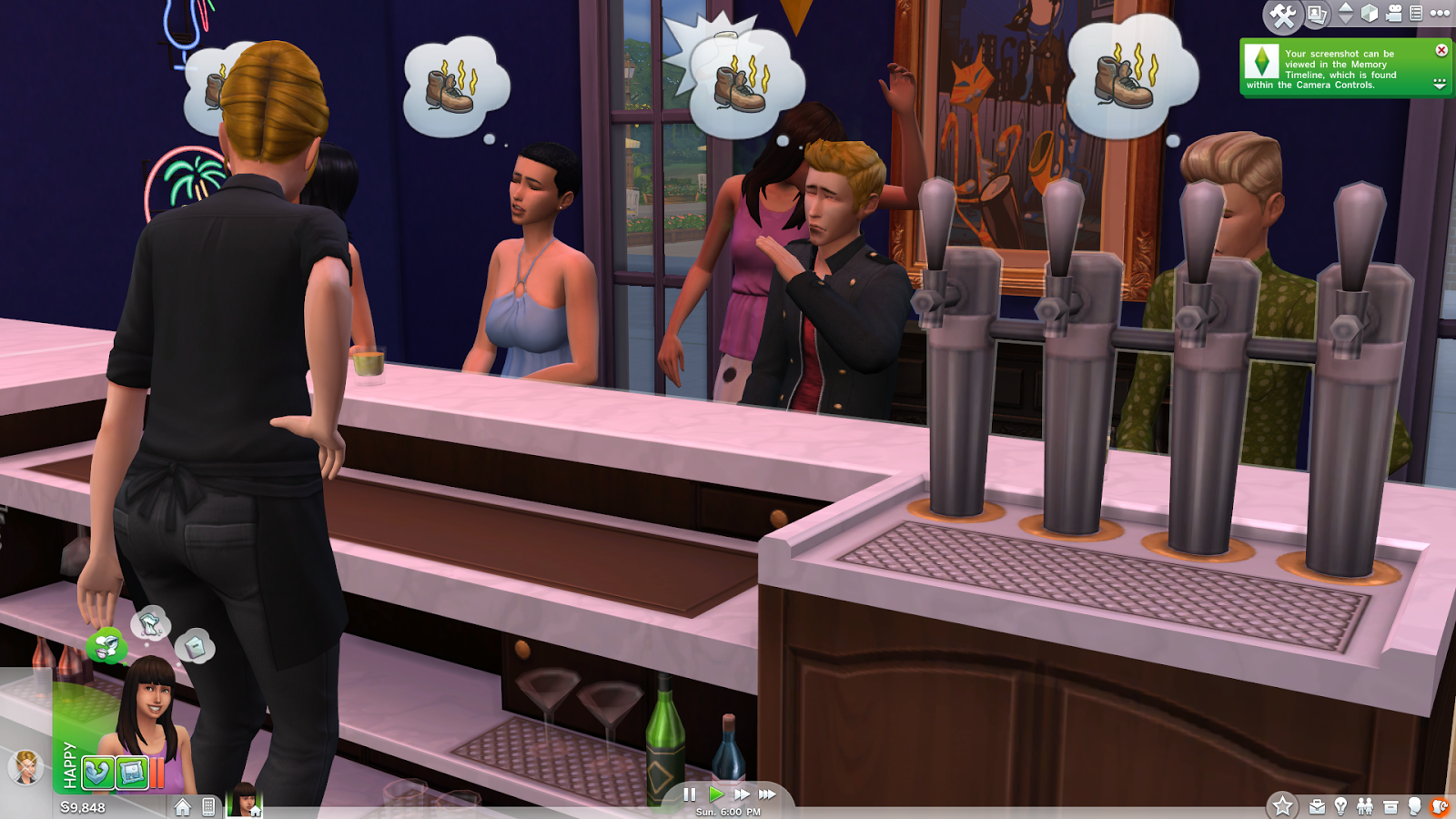 And, as you can see in my photos of Mercedes and her Day Off (a Ferris Bueller reference for all you young kids), the Sims 4 has a simple art style, but it does look very, very good.

Despite the various hells that plagued the recent Sim City game, I have plenty of faith that The Sims 4 will keep the franchise alive.

Stay tuned for our full review in the next week or so!