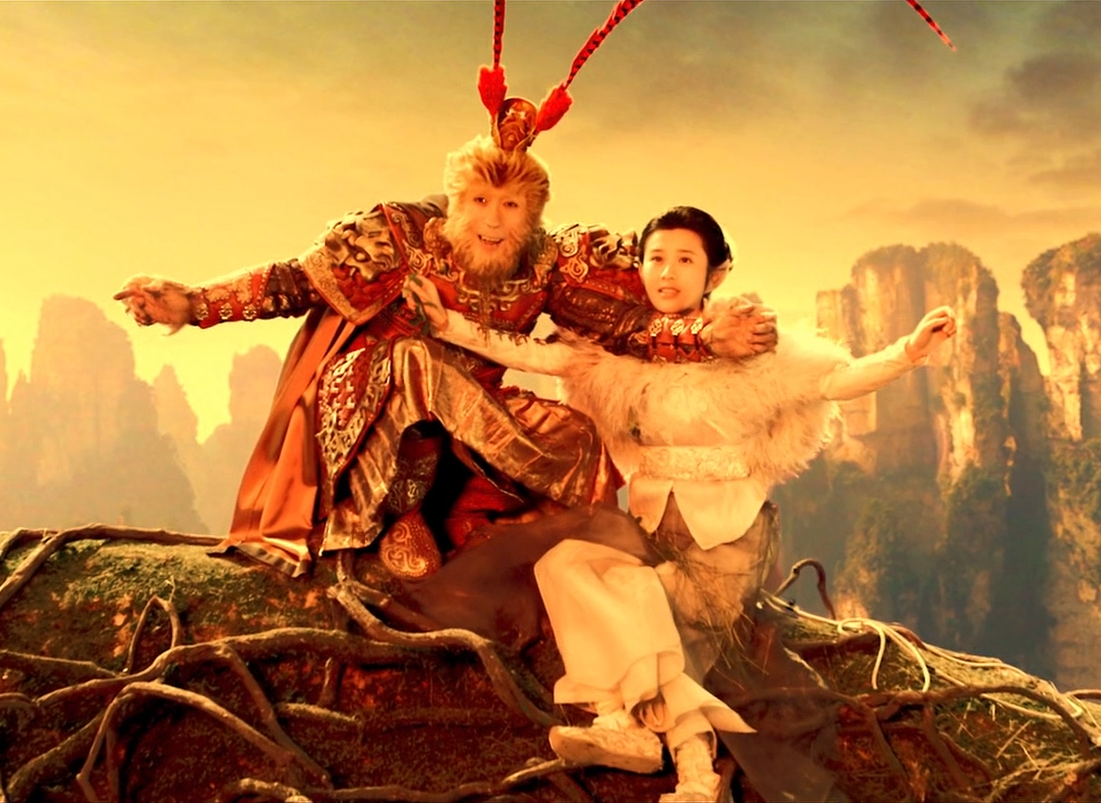 One of my favourite film genres is the Chinese epic cinema. There’s something about the way that that that particular film industry is set up that films such as Curse of the Golden Flower, Hero and Red Cliff all have such a deep sense of colour, movement and scale that they are genuinely sensory experiences. It doesn’t even matter if you watch them without subtitles (as happened with me the first time I watched Hero). The film and balletic movement tells the story all by itself.

So I was very excited to have a chance to watch Cheang Pou-Soi’s The Monkey King. The promise of taking one of China’s most beloved novels of all time (Journey to the West) and applying that grand sense of scale to it should have made for a masterpiece. But The Monkey King isn’t a masterpiece. It’s actually a very poor film. 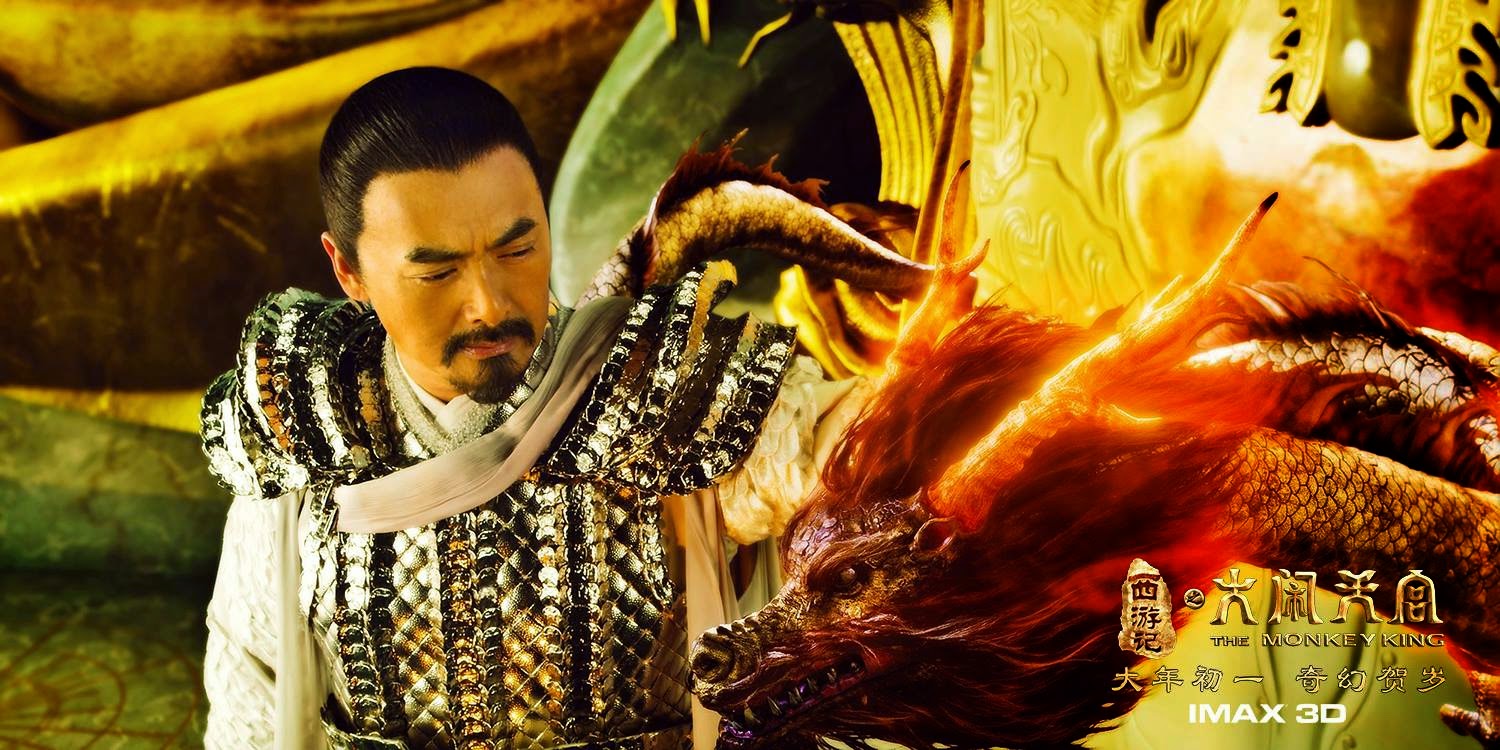 Cheang Pou-Soi isn’t a great director, for a start. Despite having a significant filmography with a range of horror and action titles, Dog Bite Dog and Accident are his best, and are at best very average films. There’s a constant sense across these films that ambition exceeds talent, and that’s never more clear that in The Monkey King. It wants to be a breathtaking fantasy filled with exceedingly complex fights and choreography, but it’s let down by genuinely amateur special effects and a complete reliance on the acting capabilities of a middling group of actors. There’s never a sense that The Monkey King was made with restraint or control, which might sound weird considering it comes from Hong Kong, where almost every film is over the top, but the best Hong Kong film directors do understand their limitations. This film shows no such understanding for the filmmaking craft.

Donnie Yen was a terrible choice for the lead role of Sun Wukong (as in, the Monkey King). The man is a martial arts savant, and as the film’s fight director the one-on-one combat is suitably dynamic and creative (although it’s let down by generally poor camera work). But where Jackie Chan or Jet Li are martial artists first and actors second, Donnie Yen forgets the “actor” bit entirely. The script called for Sun Wukong to look and behave like a monkey, literally taken from the text, but for all his acrobatics Yen isn’t quite up to the task. It’s not a short film, either, and the fact that I tuned out midway through is first and foremost a reflection on the Yen’s difficulty in holding down the lead role.

Mind you, Yen isn’t supported by the script, either. Journey to the West can translate to western sensibilities, and we’ve seen that happen over an over again in the past, from the silliest of TV shows (Monkey), right through to the most tragically underrated game in recent years (Enslaved). So the dreary and uninteresting script is less an issue of the base story (and whoever got suckered into writing the subtitles to this one) and more likely the result of some genuinely poor writers.

The actual story is quite a deep one. Journey to the West is one of China’s four great classical novels, and is a deeply spiritual book that covers everything from folk religion and mythology, to Taoist and Buddhist philosophy. It’s simultaneously a bit of fun with plenty of comedy, and a more serious allegory that deals with the search for enlightenment. It can be a dense book to read, and while The Monkey King clearly has a great reverence for the material, it also squanders the rich themes and framework of the novel to instead ram what seems like pseudo philosophy through dialogue that badly lacks finesse.

But more than anything else, the special effects really let this film down. CG scenes that somehow have a stuttering framerate meet a film that makes liberal use of the green screen, but without any apparent effort to even create the illusion that the actors are part of what’s going on around them.

The more The Monkey King goes on the more it starts to resemble a theatre performance where has then been videoed, and the directors decided to stick “special effects” around it so it doesn’t look like an empty stage any longer. The disconnect between the performance and the world is jarring and downright uncomfortable, and a stark contrast to China’s great modern epics which manage to connect the actors and their wires to the visionary environments that they’re meant to be a part of.

And as a result The Monkey King doesn’t look like the grand epic that it clearly wants to be. And so on the most basic of levels, it’s a failure of a film. With that in mind it doesn’t really matter that the Blu-Ray transfer is quite good. There’s no special features of note, although if you do want to assail your eyes with something truly painful you can watch it in 3D.

The first day of my Sims 4 life