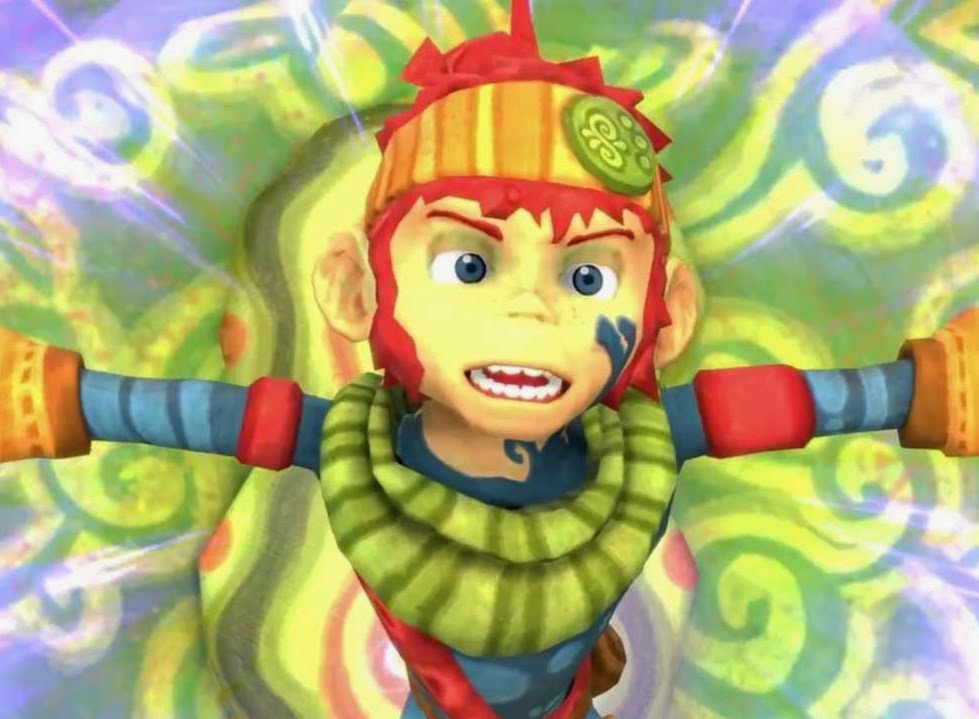 One of my best friends who like me considers himself to be a hyperactive gaming aficionado avoids games he considers childish. “Kiddie crap,” he calls them. So when he joined and observed one of my late night streams of The Last Tinker: City of Colors, his eyes were presumably molested by the dazzling environmental décor and anthropomorphic animal characters that are generally indicative of a “childish game,” and so his first message to me was: “what the hell is this? Turn it off!”

Humorously defensive, I cupped my microphone, giggled like a teen model after her first successful back-to-school photo shoot (as I am bound to do when verbally greeting my good friends), and said, “dude, this game’s great. It’s just not for your pretentiously mature sensibilities.”

Now, I meant that statement in regard to my good friend because I know his gaming preferences and understand that no matter how loudly I sing the game’s praises, he’d never give it an ice bucket challenge’s chance in hell. But let the truth be bellowed: even with aesthetics that have the capacity to attract a primarily younger audience, The Last Tinker: City of Colors is a high-spirited, sometimes emotional journey that gamers young or old, inexperienced or accomplished, prepubescent or furiously fuzzy should feel damn proud to experience, despite the propensity of its platforming and fighting mechanics to feel a little too streamlined at times.

So allow me to part the curtain, give you a warm bow, and welcome you to the City of Colors, a fanciful location moulded from cardboard, paper, and glue that would be a paradise if not for the segregation amongst districts – classified as Red, Green, and Blue – colours correspondent with their respective residents.

As Koru, a silent simian with durable fists, and legs that can withstand the impact of a deathly free-fall, you are tricked into releasing The Bleakness, a voracious entity seemingly addicted to consuming the colours of the land for the sake of absolute annihilation. Because Koru (Maori for “loop,” symbolising new life) is a Tinker, he can manipulate the power of colour to, at the most basic level, smack creatures spawned from The Bleakness. For in a vibrant land under threat of being transformed into a static, monochromatic wasteland, the one who can punch colour into the faces of his transgressors is saviour.

At first swing, the combat is too accessible, almost to the point of having you believe your thumbs have be painlessly replaced with opposable boxing gloves. As you move about with the left stick, dodge with R1, and rapidly jab that square button, Koru squeals and flails his arms at his combatants as though he invented and trademarked the haymaker, and his introductory opponents, who attack in groups, are utterly unable to muster a functional defence. It’s like they’re eager to experience the thrill of being knocked comatose, the way they welcome the blows to their pale chests and faces.

But this level of simplicity doesn’t last, for its purpose is to make you feel like a punching god as you become familiarized with the controls. Combat gains more complexity once the powers of Green and Blue – which are respectively mapped to triangle and circle for basic attacks, and up and right on the d-pad for special abilities like slowing down time – are infused into Koru’s fists: punch an enemy with a green aura, and the coward flees in terror of Koru’s unbridled animosity; punch an enemy with a blue aura, and the silly sap begins to sob, freezing him in place, allowing you to circle around to his backside to deliver a rising uppercut.

With these skills, when encountering a group of attackers – some that are small, some that are large, some that are firing white gobs and lasers from a distance – you can build a number of strategies through grouping or funnelling them by, for instance, freezing the more threatening enemies with blue punches, making weaker enemies flee with green punches, then pummelling away with red punches while dodging within the space you’ve created. You see, the enemies love to crowd you, so the encounters are all about utilizing a pugilistic system of crowd control to gain the upper hand. And it’s very satisfying and responsive. The problem is you don’t gain some of these abilities, and thus don’t really need to use any other strategy besides dodging and spamming square, until what feels like almost midway into the game, which may leave someone expecting more options in the first few hours of the story combatively unfulfilled.

Of course, enforcing serenity with his fists is far from the only activity Koru engages in. His adventure is split surprisingly evenly amongst combat, simple-but-amusing puzzle solving, exploration, and parkour/ platforming, and the latter is what I find slightly underwhelming; there is no precision platforming, meaning you have no direct control over where Koru jumps from and where he lands. Instead, what we have is the rapid, visually impressive on-rails acrobatics, which make no mistake, does require timing, where you hold down R2 during movement, enabling Koru to nimbly hurdle and swing from one obstacle to the next. Now, don’t get me wrong, this is an excellent system when you consider the title’s potentially wide age accessibility, but the self-loathing inner-youngster in me who is a Mario 64 fan, Banjo Kazooie enthusiast, and Jak and Daxter admirer hoped for a little more challenge and versatility when it came to his calculated leaps.

If you consider yourself an adult, say anywhere between the ages of 18 and yet-to-expire, I dare say that you are burdened by an inner-child, a nostalgic whisper that reminds of a simpler lifestyle, fantastical expectations, and games that made you feel adventurous, alive. If this is indeed true of you, The Last Tinker: City of Colors may speak, though softly, to this nostalgia with its energetic world, painted fisticuffs, and streamlined acrobatics. Or if you’re just looking for an entertaining game for both you and your youngster, Koru is a hero who can effortlessly shuffle to and fro age boundaries.