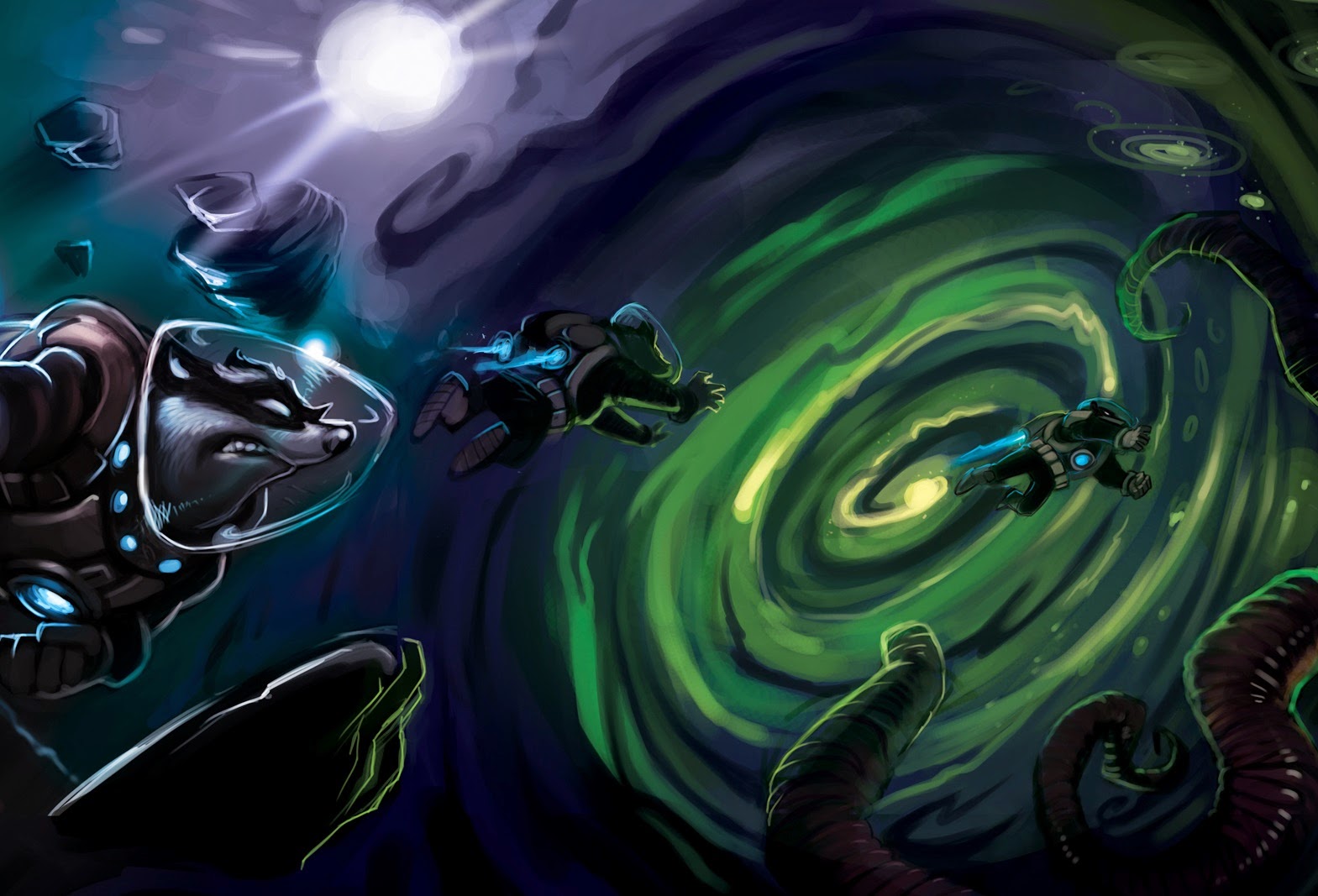 Gravity is a constant that we have all wished to be free of at some point or another. Well, prepare to be jealous, because this group of badgers do it for living! Gravity Badgers follows the story of Captain T. Bayback as he launches himself through space using the gravity of various planets to help move himself across vast distances in order to save his family and his friends.

Taking things slowly to start off, Gravity Badgers introduces the various gameplay mechanics through flashbacks to Captain T. Bayback’s training from his grandfather. Using the Vita’s touchscreen to send your badger flying through space, Grandad teaches players everything they need to know, from using red planets to pull Bayback in, blue planets to push him away, and how to avoid running into asteroids while trying to reach the end portal. 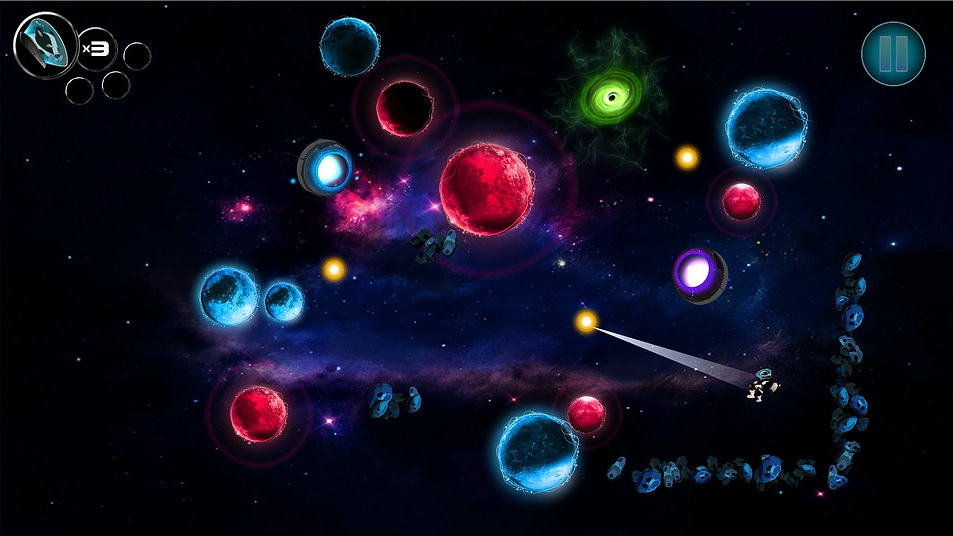 Using all that training comes in handy once it the narrative moves to the present day where the Captain must set out to rescue those important to him. Along the way, each level consists of various obstacles that must be overcome. While most games throw variants of the various features introduced within the tutorial sections, Gravity Badgers has a tendency to do more than that. As the chapters progress, various new elements come into play, and players also will want to obtain the three golden orbs found within each level for a completion bonus. While these orbs are not necessary to complete each level, they will bring completionists back again and again. There is an extra catch as well, as players have three lives per level and each time a live is lost, so is an orb!

Gravity Badgers finishes each chapter with more than a bang in the form of a Boss Fight. Boss fights require players to use expert timing as these play out on fields of moving objects as the boss sprays shots in an attempt to decimate the hero. These are some of the best moments of the entirety of Gravity Badgers as they are completely different from the regular levels and are fast paced compared to the slow calculating that a standard level requires. As with normal levels, if the badger is hit by even one of these shots, he loses a life. Once the boss is defeated, not only do players complete the chapter, but they also unlock another member of the Badger Squad to use. 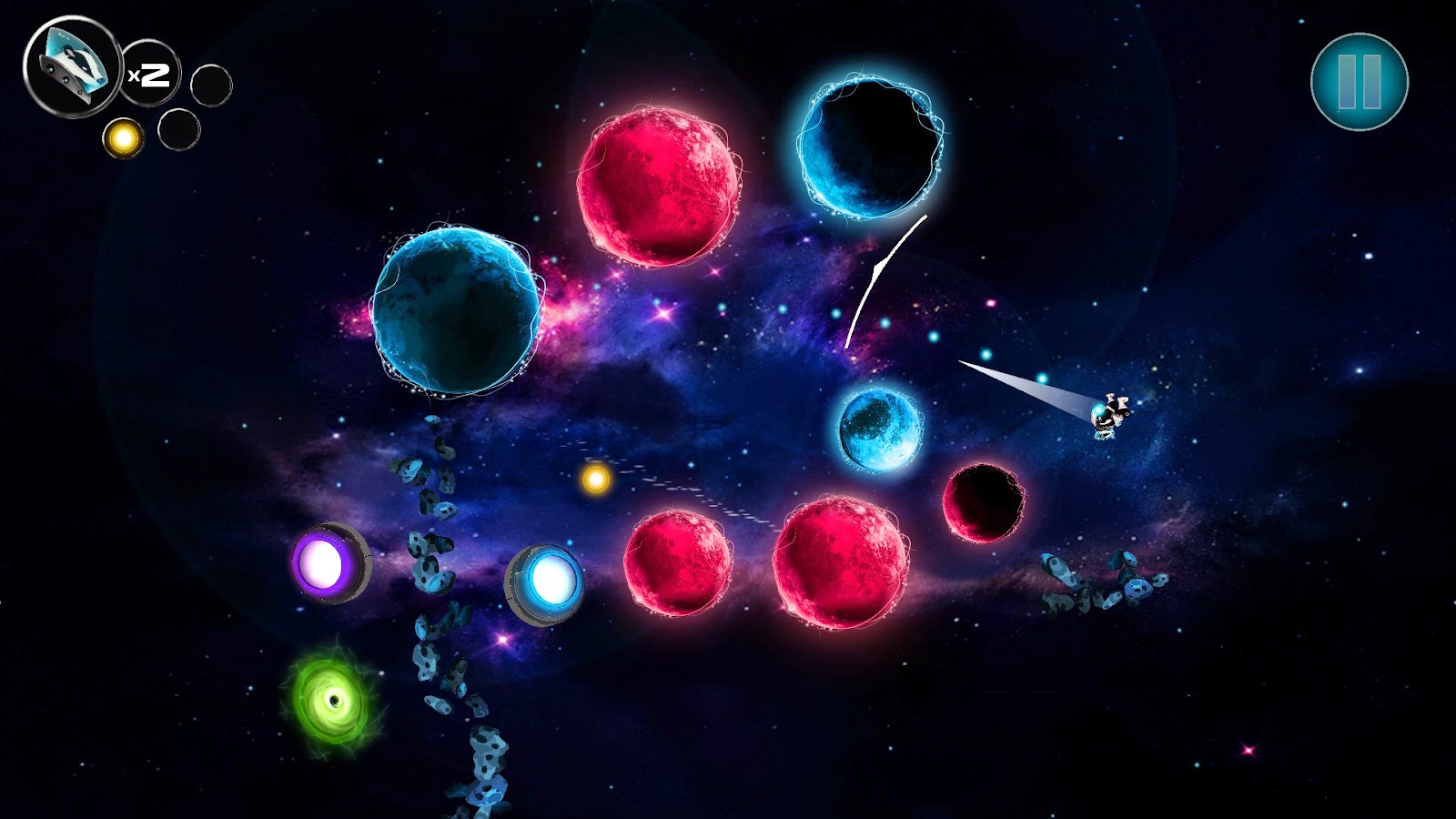 While Gravity Badgers offers a fun challenge and experience through its gravity/ velocity puzzles, it can sometimes be frustrating when trying to get your badger to fly exactly where you want them to. Unfortunately it can feel at times that even while performing the same action multiple times at the same point and the same velocity, it just doesn’t send the Badger in precisely the same direction. The loss of every life shows the player not only the angle of the Badger but also the point of velocity which allows players to readjust themselves and try again. Even with this however, sometimes it just doesn’t seem to work as accurately as a game should when demanding this kind of precision.

Overall Gravity Badgers is worth the time and thankfully the levels that cause the most frustration can be overlooked and forgotten thanks to the exceptional boss battles.