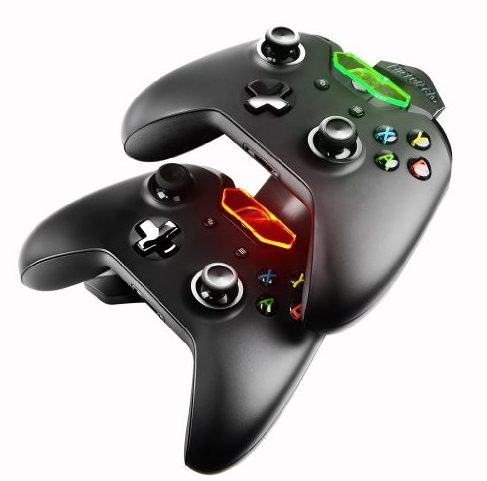 The controller is one of the most important parts of a console gaming experience. I know a lot of people worry about how the console looks, and there are some aspects to the console (how well it is built, whether it stays cool or not) that are certainly important, but the controller is our primary means of interacting with the games themselves.

While PlayStation has optioned to use built-in rechargeable cores for their controllers, Microsoft has opted for the use of AA batteries. One of my first purchases for the Xbox 360 was a twin charge station/pack, and now Energizer has made a similar, but even better charging station that does the same thing for Xbox One.

Last November when I gave my Xbox One hardware review, one of the things I talked about was the controller and how it relied on AA batteries. The good news is, the controller handles battery life fairly well, as it does not chew through its charge as quickly as a PlayStation 4 controller can. Still, replacing those batteries or having to rely on rechargeable ones is not ideal, nor especially economical. Enter Energizer’s charge system, that has a pair of very easy to read indicators that show if a controller is ready to roll (reddish orange for still charging, green when it is ready to go with a full charge).

The package itself is pretty basic, but well-built. The stand has a slanted, stadium seating look to it that gives easy access to both controllers (that’s correct, there is room to charge two controllers at the same time), which clip right into place. The clear clips that hold the controllers in place are sturdy, but sometimes you’ll need to ‘wiggle’ the controllers a little to ensure clean contact is taking place for charging purposes. It is also worth noting that the stand could be toppled over easily if bumped into, and the same contact could cause the controllers to lose their connection to the dock. I opted for a low-traffic area instead my entertainment center because… well, I have kids. 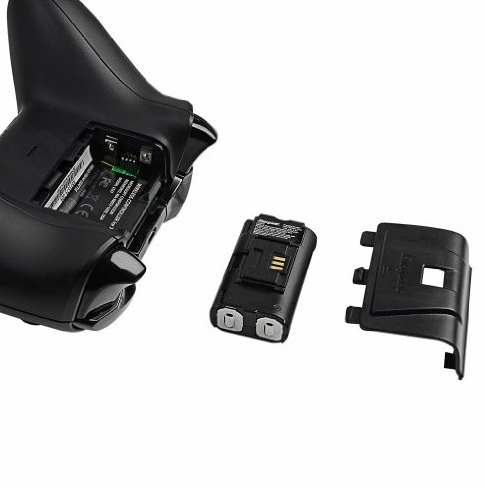 The charging dock is slim, and actually looks quite nice. The stand slides right into my entertainment center without any space issues. The set also comes with a pair of battery packs, both of which are light and fit right where your trusty AA’s would go, but with a slightly modified cover that gives access to the contacts on the pack for charging purposes.The only additional item of note is that it does have a power adapter that plugs into the back of the unit, so you will want to make sure that you have space enough for one more large plug item.

The most important question however, is how do the packs hold up? After several hours of gaming multiple days in a row, I have to say the answer to that question is ‘very well’. I was previously relying on rechargeable batteries, which in fairness have seen better days, and I am now getting a good deal more playtime out of these charge packs than I was those batteries, and they charge just as quickly (if not faster). The packs themselves were not heavy, so they did not add any additional weight to the controller. One of my favourite aspects of the Xbox One controller compared to the 360 is the slimmer controller profile for the batteries, and this set does nothing to obscure that.

This dock is also officially licensed by Microsoft, for what that is worth to you. To me, it was more about convenience and availability, and the Energizer 2X Charging System really does provide both. If you are looking for a battery alternative, this unit does exactly what it advertises and does exactly that.

This gadget can be purchased from PDP