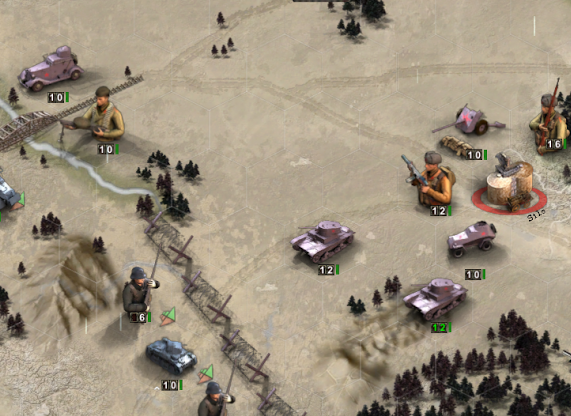 War is brutal. War is a pitiless clash of ideology, a contest of arms, a dreadful reckoning of shattered lives. But war also takes place politely, in turns. One side attacks, then waits patiently while the other side has their go. And when the last shell has been fired, when the final wisps of smoke have cleared from the battlefield, that’s when points are awarded for good performance.

If this sounds familiar, it’s because Frontline: Road to Moscow is as faithful a tribute to Panzer General as you’re ever likely to see on an iPhone. There are a few innovations, such as unit upgrades and special abilities, but this is basically the same turn-based move-and-attack format that PC strategists have been playing for years. And it makes the leap to mobile rather well. I’d recommend playing on an iPad if you can – Frontline’s interface is rather fiddly on a phone screen, and the lack of an ‘undo’ button means that mistakes can be costly – but it’s still good to have a decent historical wargame that you can carry around in your pocket. 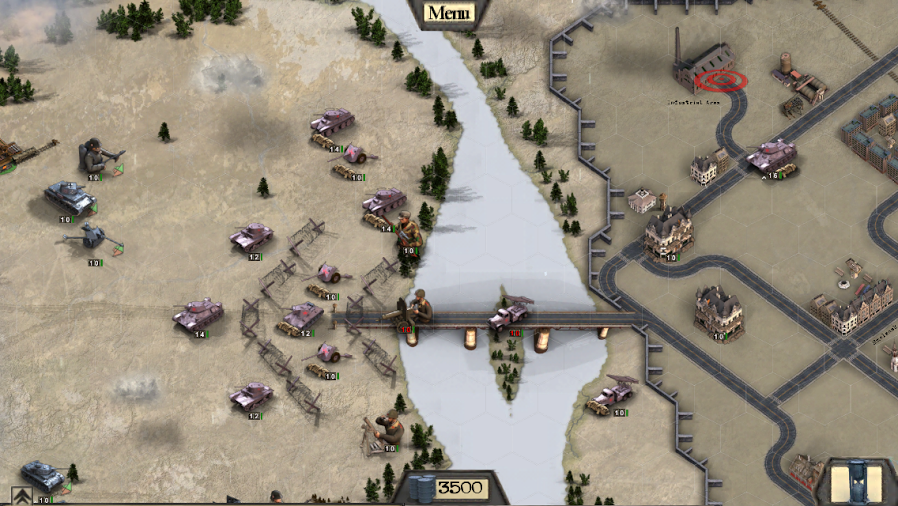 The single-player campaign puts the player in the role of a German commander on the Eastern Front, and it involves 30 missions split over three self-contained, individually-priced episodes. The episodic approach is an interesting experiment from Slitherine which, if commercially successful, could usher in a new era of short, quality wargames for the platform. It also means that there’s very little risk from trying this game; the first Act takes you to the gates of Moscow in the winter of 1941 and, if you find that you don’t like the cold, at least you’ll have money left for Super Ninja Candy Bubble Saga or somesuch.

Presentation is top-notch, with crisp, historically accurate unit models, detailed backgrounds and a rousing (if repetitive) soundtrack. There are a few minor hiccups, such as an impenetrable fog which can obscure your own units, but it’s generally a very pleasing game to look at. It’s also accessible, as the default settings deliver a game that’s winnable if you’re careful with your moves. Most of the challenge comes from map design, rather than clever AI, so strategy veterans might find that the battles are slightly too easy. It’s also disappointing that the final battle for Moscow is presented as a video rather than a playable scenario. Nevertheless, the later stages of Act One are interesting in themselves, and a wide variety of military hardware means that there’s always something new to play with. 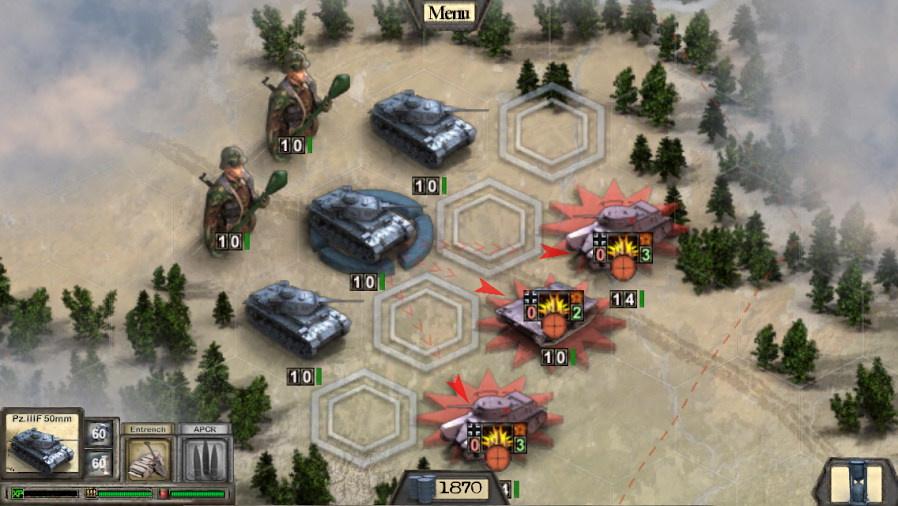 Frontline: Road to Moscow won’t win any prizes for originality, and it’s not quite in the same league as genre heavyweights such as Battle Academy or Unity of Command. The lack of multiplayer also means that there’s limited replay value. But it’s pretty and it’s portable, and any shortcomings are offset by the low cost of each episode. War may be brutal, but at least you can take this one with you wherever you go.