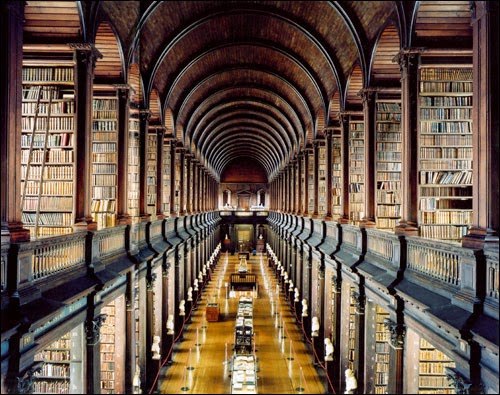 Like how a brooding, reverent vampire has a preference for a particular blood type (as well as the shape and heft of the chalice from which she sips it), gamers, when forced to choose, have strict preferences regarding the strength of particular components that make up their game worlds. Some prefer good gameplay. Others prefer a powerful story that shadows an androgynous coming-of-age farmhand who discovers he has the power to transform his pants into a bouquet of daisies (to woe the farm girls, of course). And a terrifying minority, which would be me, incredulously hollers, “Gameplay?! Story?! Bahhh! Give me emotive music with a bass-pounding leitmotif for every character, object, and vaguely seductive hand gesture, or give me nothing! NOTHING!”

Obviously, we as gamers would actually prefer our games to exhibit some degree of competency or, in the very least, care in all of its potentially complex components, but unfortunately, most developers, even those of the AAA variety, are over-encumbered with restraints inherent to any business. Lack of funding, inadequate team sizes, miscommunication between teams, conflicts between marketing and development, poor leadership, unrealistic deadlines, artistry perverted by profit: these are a few of a galloping cavalcade of issues that can asphyxiate any one or several of a game’s components, essentially obligating a developer to reduce effort put into said components for the purpose of guaranteeing the effectiveness of others that are deemed a higher priority. 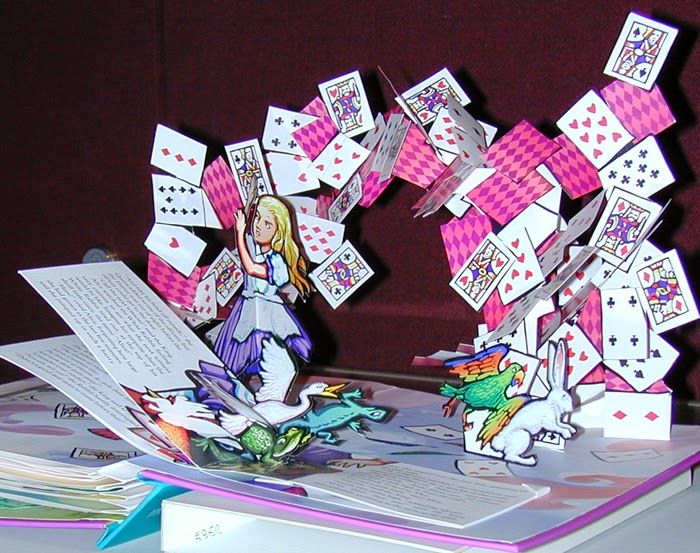 With this compromise of resources, whether financial or intellectual, being the mode of operation, and when the issue is grossly simplified into a pugilistic dichotomy of “gameplay versus story,” we often receive virtual adventures with either (A) narratives that have us begging for meds to suppress the cyclone of aroused sympathy – but contain mediocre yet functional, partially fun gameplay mechanics – or (B) adventures with mediocre stories, which are immediately eclipsed by gameplay that incites us to lob the question, “Did the developers, like, actually train with or date a buxom ninja or something? This gameplay feels authentically buxom-ninja-like to me. It’s so good; it’s got me playin’ the game in downward dog. What’s the story about again?”

A Long-standing Love for the Narrative

So with these two game types, the argument infinitely arises, like a narcoleptic awakened by the vibration of his deviated septum: good gameplay and mediocre story, or stellar story and so-so gameplay? Which do you love MORE?

Bring on the story, baby. When forced to choose between these categories because of a finite amount of “gaming dollars” hidden within the Care Bear piggy bank I’ve proudly owned since I was four (you unscrew his bottom to get the money out), or because of gaming time being diminished defending the right of panhandlers to ask everyone who isn’t me for spare change, I always choose the game that is more story-centric, whether the protagonist is a homicidal treasure hunter (Uncharted series) or an indomitable, brick-fisted caretaker with an unwavering code of honour (Yakuza series).

My reason for loyally hovering toward story-focused games is simple: They, like writing and books and animation, grant me imaginative focus. You see, as a slender, cumbersome, mostly moronic child, I was a lucid daydreamer. In class, when my mind should’ve been attentive to whatever biased historical data my teacher was relaying, it would instead detach from what it found to be a bland reality and propel away into a land of pure lunacy. There would be pickpockets. There would be lava. Then a blue dragon would say, “You’re gonna get in trouble…” – and I’d suddenly be back in the classroom, receiving vocal chastisement for staring off into the ether. 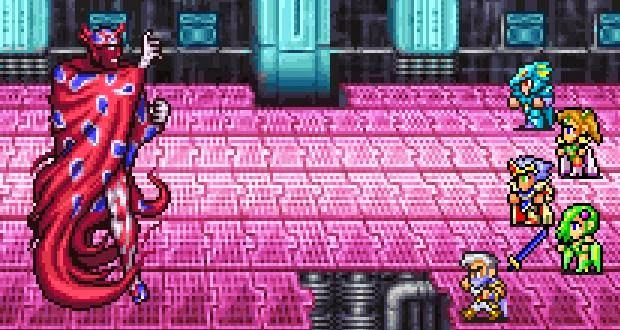 My imagination became a problem throughout that school year as I had trouble switching it off, for nothing fueled it quite like organised boredom. That is, until Final Fantasy II (IV in Japan) strolled into my life. I fell, butt-first, in love the moment I saw the hero’s name was “Cecil” (I had no idea how to pronounce it, and that intrigued me). For whatever reason – awesome protagonist, a supportive white-mage for a girlfriend, a best friend whom you can’t help but admire even though he betrays you TWICE – FF II offered an interactive outlet for my mind. I could pay attention, control my urge to daydream, in class knowing that when I got home, Cecil and I would be fighting to reclaim our abducted sweetheart.

I’ve been a supreme sucker for a good story ever since, and will overlook almost any gameplay deficit so long as it can keep my attention.

Celebrating What They Did Right

Having given brief context to my preference for story, it doesn’t change the necessity and value of both game types.

And here’s why: When a game has a story so intriguing that you forget your thumbs are dislocating from the confounding gameplay mechanics, or gameplay so intuitive that when your friends ask, “What’s the game about?” and your response is, “Something about werewolves in an Italian coliseum… Who freakin’ cares?! It’s freakin’ fun! Come over and see!” you’re celebrating a game’s successes, glaring weaknesses be damned. In fact, could it be possible that these “weaknesses,” by taking up less of the spotlight and thus less of your working memory, make the game’s strengths appear stronger than they would’ve otherwise, if the weak component would’ve been just as equally exceptional? That theory is a complex discussion best left for another time.

The point is, both types of games can achieve its purpose – to transport you to another world, to distract you from your brother who won’t quit complaining about the fact that his girlfriend of three years broke up with him through a bare-bottomed picture message, to give you a feeling of agency in a world obsessed with the sound of its own dulcet voice. To highlight their individual efficacy, here are two incredible games that tightly but comfortably fit into both categories, and showcase how a game can be an unforgettable experience solely on the power of either its gameplay or story.

A Case for Stellar Story over So-So Gameplay: Binary Domain

Due to poor marketing and faux G.I. Joe box art, I’m probably one of twelve Americans who actually played this game on its release, well before it became available as a free download on Playstation Plus. But knowing it was developed by the same team responsible for the Yakuza franchise, my love for aforementioned series protagonist, Kazuma Kiryu, didn’t give me a choice. 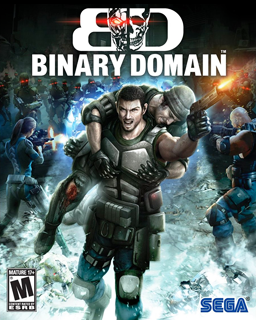 Although BD is an example of a Japanese studio trying too hard to assimilate the “stop and pop” western style into its primary gameplay mechanic, the number one reason why the shooting is serviceable but nothing to skip that physics lecture over, the studio, thankfully, didn’t employ that same philosophy when composing its narrative.

A Case for Good Gameplay Over a Mediocre Story: Ninja Gaiden 2

Describe the plotline of Ninja Gaiden 2. 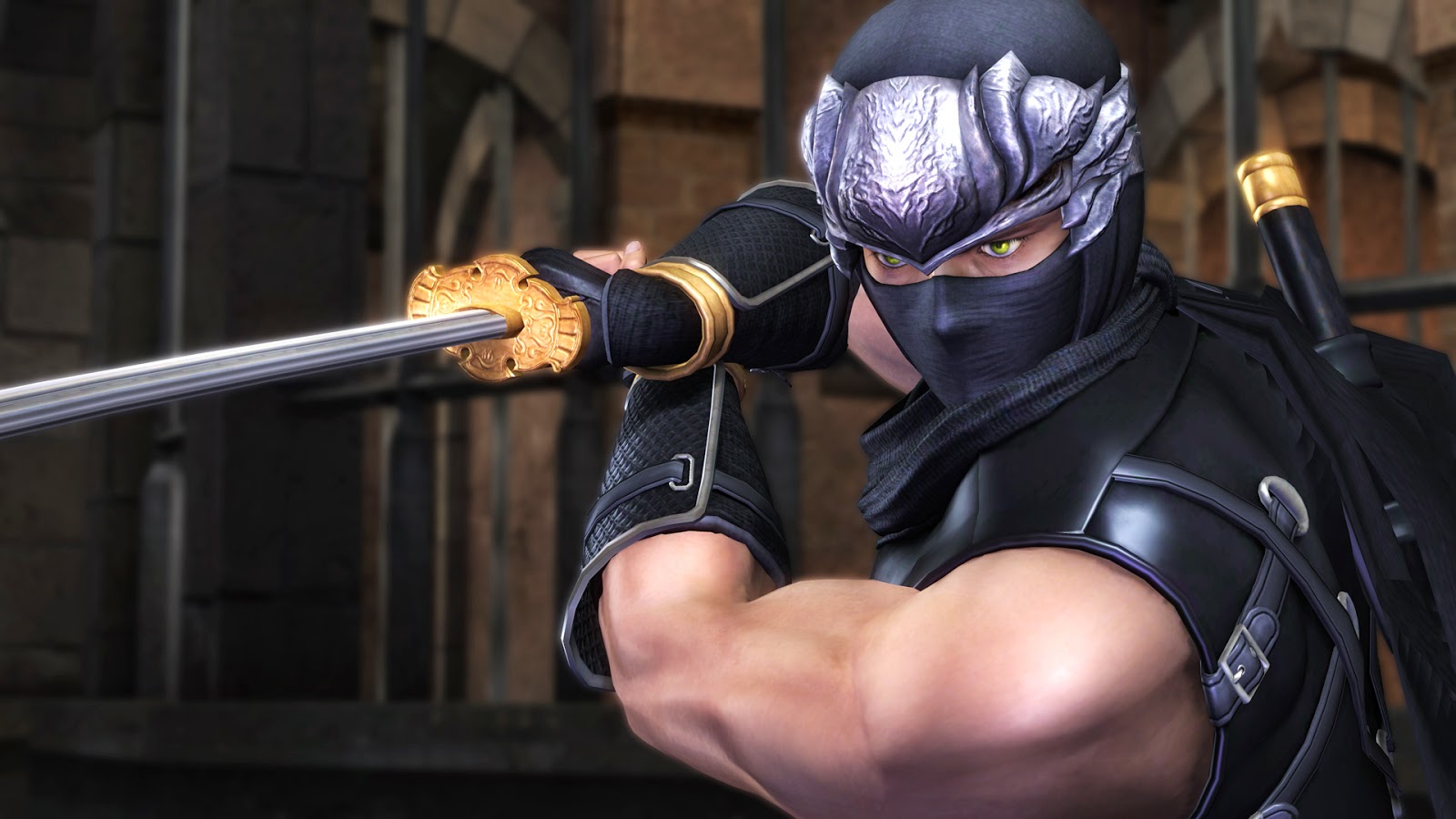 You’re hesitant to do it, because without the assistance of a web browser, or unless you’ve played through the game in the last five hours, no one remembers what the hell was going on in that game. And really, it doesn’t matter. The story was randomly outrageous for the purpose of allowing Ryu the privilege of disembodying demons from one unlikely but beautiful destination to the next. All that really mattered was Team Ninja’s impressive refinement of the combat engine.

With the exploration and narrative coherency drastically toned down from the previous game, Team Ninja ensured that the skill-based hack-n-slash/ brawler mechanics would be the pinnacle of its genre for the next few years. And it was. At least until Bayonetta clicked her high-calibre heels on to the catwalk of the action scene.

How about you, my friends? What games that could qualify for these categories do you love, despite their “flaws”? Which category do you choose when your Care Bear piggy bank has a finite amount of dollars?