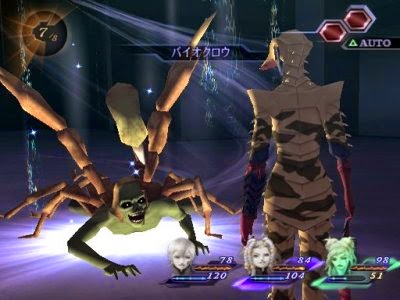 Shin Megami Tensei: Digital Devil Saga ended on a cliffhanger; a conclusion that drew some criticism when the game was newly released on to the PlayStation 2, but set up the sequel perfectly. The reality was that Atlus never wanted people to play just one of the two games in Digital Devil Saga’s short series; these two were designed to be played back-to-back, with Digital Devil Saga 2’s epic conclusion formally bringing the narrative to a close.

So I wouldn’t recommend playing the sequel without having played the first game first. This is not Mass Effect, where it’s possible to step in halfway through and still make sense of everything. Digital Devil Saga 2 is a philosophically dense game that will make no sense without the context of the first game; I know because years ago when these games were new on the PlayStation 2 this is exactly what I tried – unsuccessfully – to do. 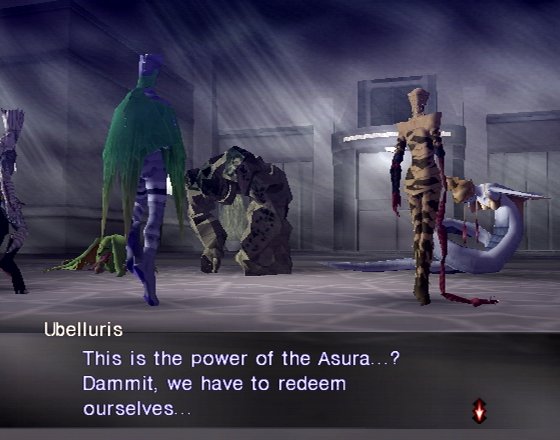 In the sequel there is a cat called Schrödinger, for instance, and if that isn’t a clue that Digital Devil Saga is a mind-bleep of a game, then I don’t know what it. Schrödinger’s Cat is, of course, the famous philosophical and scientific paradox in which a cat is placed within an enclosed box with a jar of toxin that might shatter at any time. But with no way to look inside the box, the observer can’t be sure if the cat is alive, or dead. And so the cat can be thought of as both alive and dead, even though we know this is impossible in practical reality.

Calling a cat character Schrödinger should be a sign to most that Digital Devil Saga 2 includes a similar paradox within its own narrative. And indeed it does. It tackles the most complex philosophical puzzle of all in human thought; the existence and role of God in society. Within the game’s many (many) twists and turns players experience arguments for and against the existence of God, and then for and against the idea of a benevolent God and His impact on human society. It’s a narrative that raises more questions than it answers, but it makes for a game that’s almost as much fun puzzling over as a narrative than actually playing.

It’s rare for a game to be so introverted and thoughtful, and while I do think that Digital Devil Saga 2 will push the boundaries of patience for many players, at the same time I can’t see anyone arguing that it isn’t an almost uniquely intelligent game. 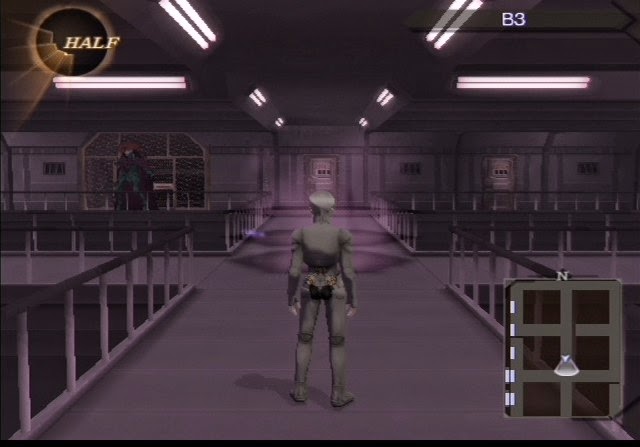 It’s also worth noting that the game delves into some very dark places; I defy anyone to play through the meat factory scene and not feel a little disturbed; and that’s early on. It only gets darker the further you go in. Like most Shin Megami Tensei games, Digital Devil Saga 2 is willing to push boundaries and is not afraid to be dark, even brutal.

I’m not arguing that Digital Devil Saga 2 is not fun to play, though. Quite the opposite; as a slightly enhanced improvement on the original game’s combat system, Digital Devil Saga 2 is difficult to put down. As with the original game, players take on quite a difficult challenge in the game’s turn-based combat and are tasked with finding and then mercilessly exploiting enemy weaknesses if they want to have any hope of surviving (especially the boss battles). The chief new addition is a “Berserk” mode, which allows characters to boost their combat strength in return for becoming more vulnerable. The additional level of risk management that this system brings to the combat system helps keep things fresh and strategic; especially considering the dozens of hours that players should have plugged into the original game before starting this one.

Digital Devil Saga 2 picks up some of the weaknesses of its predecessor. The encounter rate remains obscene, for instance, and while the dank and miserable environments make sense from a narrative context, they don’t make for a game that is especially pleasing aesthetically. We’ve seen in games like Demon’s Souls and Dark Souls that it’s possible to create misery within a game without it looking ugly, and so in the context of modern game design, Digital Devil Saga 2 feels a bit like a curious antique; an example of the kind of masochism that players would once go through provided the story and gameplay were compelling. It’s also worth noting that while the story of Digital Devil Saga 2 follows on from the first game seamlessly, the game was released before it became normal for games to read information from previous games’ save files. In Mass Effect, part of the appeal of playing the trilogy through from start to finish was being able to have the same Commander Sheppard in each game, and decisions from a previous game having an impact on the later games in the series. Digital Devil Saga 2 essentially resets everything back to a “new game” state, which is a jarring effect, especially after spending so much time levelling up characters in the first game.